We reveal the winner of the 2021 UK Junior Water Prize

Beating six other strong finalists to the coveted title, Huh is walking away with a prize trophy and certificate, as well as the knowledge that he has already made great strides as a WEM pioneer.

His win also qualifies him to represent the UK and his school at the Stockholm Junior Water Prize, this year being held virtually, with a chance to win the cash award of $15,000 USD! The winner of this international competition will be announced on the 24th August 2021.


Huh impressed panel judges with his paper entitled ‘Selection of Water-Purifying Bacteria and Development of a Dissemination System Using Vessels to Improve Water Quality of Rivers.’ 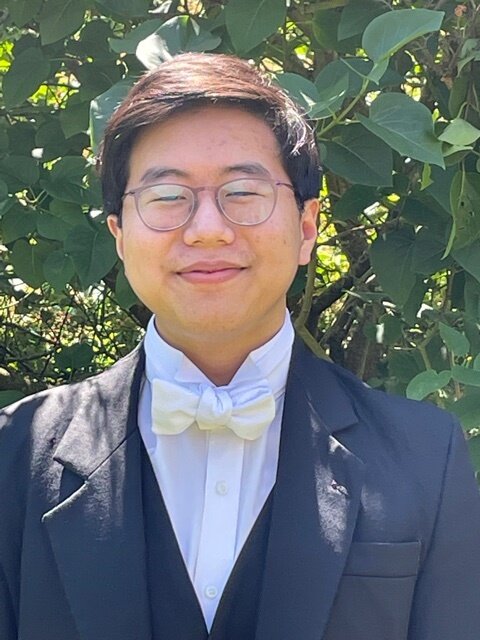 In it his research strove to identify the most effective microorganisms capable of purifying water and developed a model that would safely disseminate the identified microorganisms into rivers.

Isolating 16 species of yeasts and bacteria from two streams he first tested their ability to decompose oil in water, using the presence of freshwater organism paramecium as a biomarker for water purification.

From these four species of bacteria were selected and their ability to purify water from other contaminants were tested – with Phytobacter diazotrophicus identified as the most effective.

Taking this a step further Huh designed a bioremediation water purification system which uses organisms to neutralise or remove contamination from waste vessels passing through rivers. This would act as “continuous purification” ensuring that contaminants do not accumulate in continuously polluted rivers.

On his win Huh said: “I would like to thank my mentor Sunny Kim for her support and to my teachers at Eton College who gave me the creative inspiration for this project. I hope my work can inspire future leaders to come, and help to solve the global water crises we face.”

CIWEM Chief Executive and SJWP Judge said: "The SJWP is a highlight in CIWEM’s calendar and this year was one of our best ever. The entrants were bold and fearlessly took on some of the biggest challenges that we face, presenting solutions with the potential to transform our world.

"Congratulations to Junghong Huh who goes forward to represent the UK and compete with around 30 nations. Our intention is to work with all of our UK finalists to encourage continuance of their work."

Huh is a member of the College’s Environmental Society and Social Impact Society, working to raise students’ interest and awareness of critical social and global issues, as well helping to conduct community projects to reduce our immediate impact on the environment.

On his plans for his prize-winning research and life after Eton he added: “I wish to conduct further research on this project, especially on its real-world applications, and on further potential consequences that may arise with the addition of microorganisms in rivers. In terms of university, I am currently undecided, but I wish to study environmental sciences.”

Last year’s winners Sofia Wright and Joe Thompson from Liverpool Life Sciences UTC impressed with their “Hydro-Filtricity” project, designed to combat water pollution from household wastewater. The project combined a small turbine with water filters which can be attached to household or industrial water outlets.

The ‘Committee on COP26’ explored whether Glasgow is ready to host the UK’s largest ever summit in two evidence giving sessions. We look at the first.

The annual awards celebrate women who have improved engineering in service of our society.

CIWEM, WaterBear and Nikon Announce Judges for the Environmental Photographer of the Year 2021

Environmental and water management charity CIWEM, free streaming platform dedicated to the future of our planet WaterBear, Nikon, and engineering consultancy Arup have today announced the Environmental Photographer Of The Year 2021 competition’s panel of high-profile judges in the fields of photography, climate justice and environmental activism.

CIWEM Aotearoa became an official CIWEM branch in 2020, becoming our second overseas branch. We meet it's members and learn more about their professional backgrounds and what they think are the biggest challenges for New Zealand's WEM industry.