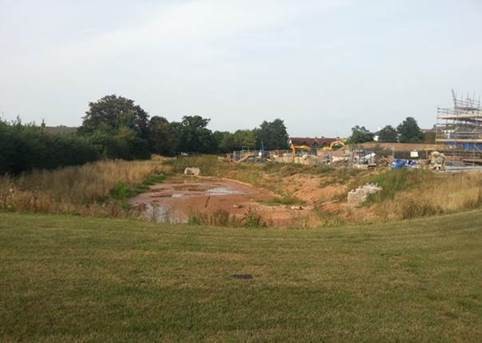 This August the government finally published its long-awaited review of SuDS planning policy, announced some two years after the decision not to implement schedule three of the Floods and Water Management Act 2010 (FWMA) and instead use the land-use planning system to drive SuDS implementation in England, writes CIWEM Director of Policy Alastair Chisholm.

During the passage of the Housing and Planning Bill through Parliament in 2016 some members of the House of Lords attempted to force the government to implement elements of schedule three, ending the automatic right to connect to the public sewer, seeking to boost SuDS use.

The Lords lost this fight, but government did concede under schedule 171, that the Secretary of State for Housing, Communities and Local Government should review planning legislation, government policy and local planning policies concerning sustainable drainage in relation to the development of land in England.

This review was conducted jointly by the now Ministry of Housing, Communities and Local Government (MHCLG) and the Department for Environment, Food and Rural Affairs (Defra).

Considering that the review could use independent input, CIWEM’s policy team undertook our own research, working with other professional bodies to publish the report A Place for SuDS, on which the government’s review team drew.

Expectations were modest, at best: the review had apparently been finalised for around a year before ministers signed off and published it. Many expected it to sweep under the carpet issues that have frustrated multifunctional SuDS advocates for years.

However, there was a sense that we should give government the chance to recognise blockers and propose ways to improve things before making a fresh push for change.

The review took a deep dive into 12 representative local planning authorities, analysing planning applications submitted in 2012-2016. It also surveyed all adopted local plans and supplementary planning guidance in England for the strength of their policies relating to SuDS.

This aimed to assess the extent to which national and local planning policy has encouraged uptake of SuDS in new developments.

It found that 80 per cent of adopted local plans clearly reflected the requirements of the National Planning Policy Framework (NPPF), which was also updated this summer. For emerging local plans that figure rose to 90 per cent.

Similar proportions of plans reflected the requirements of the 2015 written ministerial statement that SuDS should be provided wherever appropriate in all major new developments. Since that’s the minimum requirement, this is good but not earth shattering.

More pleasing was the finding that again 80 per cent and 90 per cent of plans went beyond these minimum requirements, for example in requiring SuDS in all locations, not just those in areas of flood risk. However, in terms of positives, this is as far as the review goes.

The rest acknowledges a range of familiar failings. Perhaps it is reassuring that government is at least acknowledging them.

First, the hurdle of adoption and maintenance continues to loom large. The review found that in 70 per cent of planning applications analysed that included SuDS, it was not clear who is responsible for maintaining them.

Second, it found that developer awareness of local SuDS policies and the importance of integrating SuDS into developments from the earliest stages, ie master planning, was generally poor. A counter to this was that most Lead Local Flood Authorities (LLFAs) reported being typically approached for pre-application advice on SuDS for major developments.

Although this illustrates useful contact taking place between developers and planners, many LLFAs painted the now depressingly common picture of stretched resources within local authorities, limiting their ability to properly assess applications.

And in line with concerns expressed in A Place for SuDS, many local planning authorities (LPAs) highlighted that the reasons developers give for not including SuDS into developments (generally land-take and cost) are not justified. Most LPAs also did not check that the SuDS components of plans they approve have been delivered as required.

In addition, the review fails to include analysis or discussion of the quality of SuDS being required or delivered. There are SuDS and there are SuDS; those that merely deal with peak flow and volume control and those that do this, but also factor in components to deal with any combination of water quality, amenity and biodiversity.

The greatest benefits accrue in instances where genuinely multifunctional SuDS deliver against all of these. Disappointingly the review made no assessment of the nature of SuDS that planners require, although it acknowledged the desirability of wider functionality.

The review noted that LPAs felt the NPPF needed to be strengthened in relation to SuDS. The Revised NPPF published this summer contains subtle changes to its predecessor that count: Developers must now provide “clear evidence” why including SuDS in new developments would not be appropriate and SuDS must now deliver multiple benefits “wherever possible”.

So where does this leave us?

Well, the review focused on planning policy, not wider guidance. It therefore missed any analysis of the contribution that technical standards were – or weren’t – adding to the picture, bar noting industry bodies’ role in promoting awareness, best practice and skills development.

Unfortunately, it didn’t consider the contribution from Defra’s own 2015 Non-Statutory Technical Standards for Sustainable Drainage Systems, which consider only issues relating to water quantity, to the failure to deliver multifunctional SuDS.

Although industry guidance such as the CIRIA SuDS Manual exemplifies best practice, we must drastically improve the lowest standards required, which the Defra standards are, even though they’re non-statutory.

Asked in parliament whether Defra would update the standards, Secretary of State Michael Gove said he would not pre-empt MHCLG’s review. This hinted that he didn’t really consider SuDS a Defra concern, missing the point that the scope of the review meant it wasn’t going to consider the fitness for purpose of the Defra standards anyway.

This summer we have seen an update to National Planning Policy in the Revised NPPF, acknowledgement from government that challenges remain in delivering good quality SuDS through planning, and also an update to Water UK’s Sewers for Adoption guidance that features more detail and stronger direction for water companies on where and how they might adopt certain SuDS. So, there is progress, but it still feels disjointed and glacially slow.

Local authority resources will remain badly stretched for the foreseeable. Yet there are opportunities for further progress, to add one or two more pieces of the jigsaw. Now, MHCLG will update Planning Practice Guidance that sits beneath the NPPF.

Presently full of loopholes on SuDS concerning cost and practicality, we are optimistic this can be strengthened. And surely given its 25-year Environment Plan pledges, Defra must recognise the extensive opportunities in updating its technical standards to drive improved multifunctionality in SuDS.

But as Wales plans an altogether more co-ordinated, ambitious approach to SuDS delivery, implementing Schedule three of the Floods and Water Management Act under which SuDS Approval Bodies will approve SuDS against statutory national standards and hopefully ironing out many of the issues with long-term adoption and maintenance, England muddles its way forward.

It will be instructive to see how effective the more decisive Welsh approach becomes.

Meanwhile, England has some great schemes that illustrate what well integrated, multifunctional SuDS can do when passionate designers and engineers and good local planning policy drive it forward.

And one day, these will become the rule, not the exception.

CIWEM and WaterBear present The Environmental Photographer of the Year 2021

CIWEM, WaterBear, and Nikon have launched the search for The Environmental Photographer of the Year 2021. Now in its 14th year, this annual competition showcases the most inspirational environmental photography from around the world. The award celebrates humanity’s ability to survive and innovate and showcases thought-provoking images that call attention to our impact and inspire us to live sustainably.