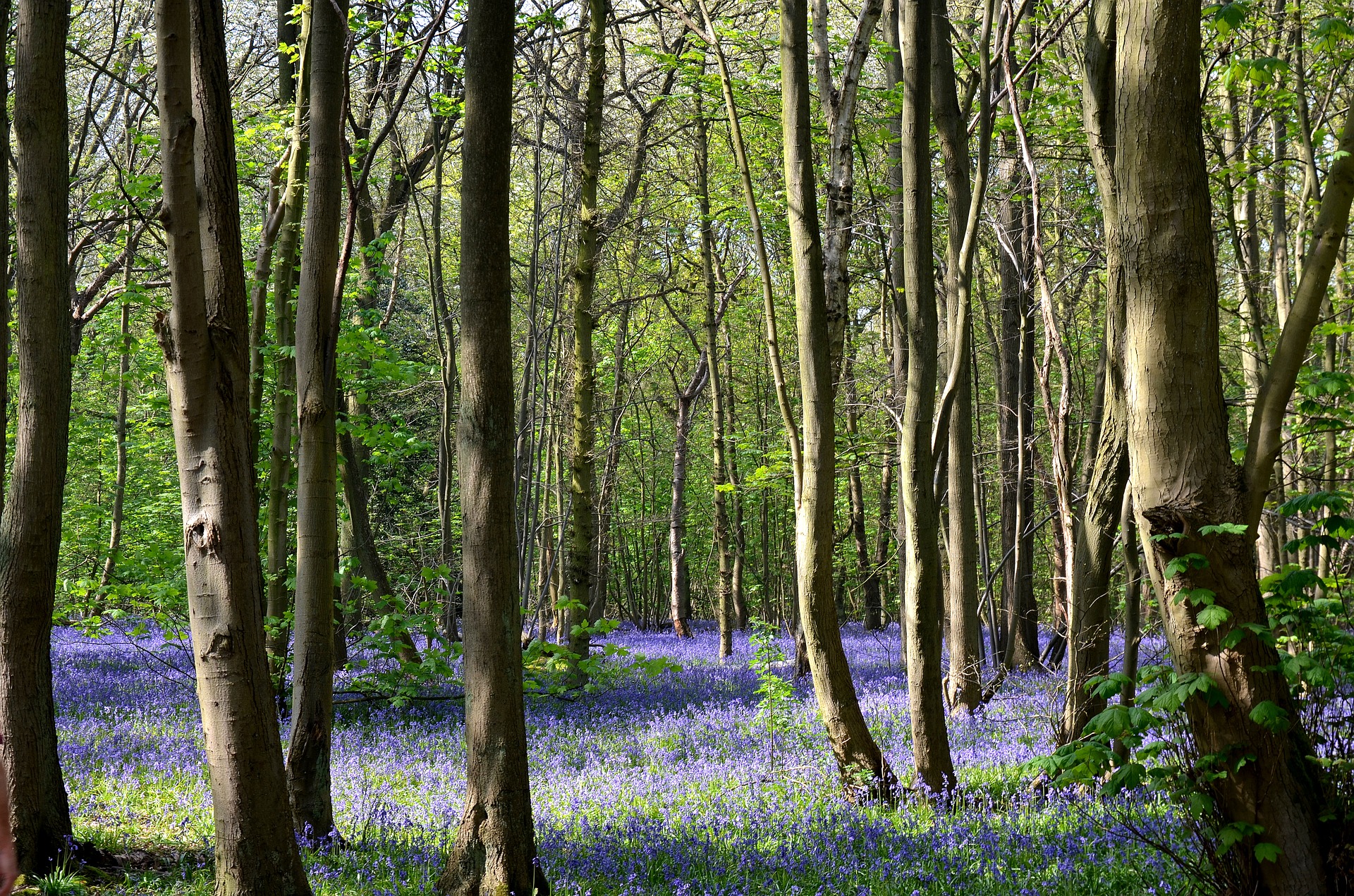 If government pledges on the environment are to stand any chance of being realised, we need a different approach to balancing development with the impact it has on biodiversity and the wider environment. CIWEM’s Director of Policy Alastair Chisholm explains why words on Biodiversity Net Gain must now be backed by law.

Having once been dubbed a ‘licence to trash’, Biodiversity Net Gain (BNG) is increasingly being used to deliver nature recovery where development has taken place. Now Government wants to extend the principle to the wider environment as a flagship policy under its 25 Year Environment Plan. It is consulting on how to mainstream BNG now and develop approaches to deliver wider, environmental net gain (ENG) in future.

As a fundamental underpinning of the Government’s pledge to leave the environment in a better state for future generations, net gain must work. Defra and Natural England are undoubtedly ambitious about making it do so.

The argument goes that a societal love and concern for nature has thus far failed to stem the loss of habitats and species at the hands of development. Our wildlife is in steady decline. And, whilst within some protected sites rare and important habitats and species are holding their own or recovering, too often mediocre but nevertheless valuable biodiversity is slowly eroded by urban creep, infill or infrastructure development.

If sites aren’t protected, too often they gradually, inexorably shrink, becoming isolated, denuded and then perhaps they disappear altogether. Faced with a severe housing shortage, local planning authorities are under pressure to deliver house building targets. Planning conditions on biodiversity mitigation or compensation are all too vulnerable to value engineering and lip service. Development is the polluter which far too often doesn’t pay. Or at least, doesn’t pay enough.

So how about a mechanism that makes the developer pay an appropriate price for the biodiversity impact associated, channels that payment into an effective programme of habitat restoration (and environmental mitigation) and doesn’t hold back well planned, responsible development?

These days we are often told that we don’t need to face binary choices on the environment: We don’t need to make the choice between tackling climate change and delivering economic growth. There’s no contradiction at all between the Government’s targets on housing delivery and its pledges to deliver environmental recovery.

But lately when it comes to arguments around having one’s cake and eating it, many of us have had our fill. There are many reasons to be cautious over the proposals being put forward. None less so that recent governments haven’t demonstrated a particularly great track record of encouraging business of any kind to pay up properly for their environmental impacts, nor of channelling any proceeds into nature recovery. However properly implemented net gain approaches could in theory achieve this.

Now we have the pledges, in both manifesto and 25 Year Plan. They’re clear and unambiguous: Theresa May described “simple” goals: “cleaner air and water; plants and animals which are thriving; and a cleaner, greener country for us all”.

Last year’s revised National Planning Policy Framework requires that sustainable development should deliver net gains across three objectives: Economic, social and environmental. It states that planning policies and decisions should provide net gains for biodiversity, including by establishing coherent ecological networks. Development causing loss or damage to irreplaceable habitats should be refused apart for “wholly exceptional reasons” where there are appropriate compensation measures in place.

This improved policy may be further strengthened (pending the consultation outcome) by making BNG mandatory. This, the 25 Year Plan says, “will enable... authorities to develop locally-led strategies to enhance the natural environment”, provide clarity and certainty to developers and “have a net positive impact on overall development”.

This narrative was music to the ears of practitioner delegates at the autumn 2018 CIWEM conference on ENG. But they were adamant on one thing: Guidance, even if it’s been strengthened, isn’t enough.

BNG must be mandatory for new development if we are to see the kind of transformation of approach, which would turn poacher into gamekeeper. This would by law require developers to mitigate first, and failing that compensate, any loss of biodiversity. Not only that but using increasingly honed metrics allied to the skills of professionals on site, apply appropriate multipliers to ensure that development no longer results in biodiversity net loss, but gain.

Presenters at the conference talked of a “restoration economy”. Despite the tempestuous nature of political narratives at the moment an increasing truth is this: We know we cannot continue disregarding nature and taking its services for granted.

That’s why we have a Natural Capital Committee, a 25 Year Environment Plan, a forthcoming Environment Bill and scrutiny body to assess progress against the Plan. We’re staring into an environmental abyss and ever so surely the institutional frameworks which will shift the balance between polluter and polluted are being drafted.

But this still won’t happen if it’s perceived to be too much of an imposition on development. Whilst some parts of Government are undoubtedly effusive about what net gain approaches could deliver for biodiversity and the environment, more conservative components are likely to push back.

Yet this needn’t be hard if backed appropriately by law. Developers have written to the Chancellor of the Exchequer arguing that mandatory BNG would give them the level playing field they need to develop responsibly and compete in the market.

The Environment Bank, a biodiversity offset broker, estimates that with a mandatory BNG approach the Government’s proposed Nature Recovery Network of 500,000 ha could be delivered in a little over five years due to the increased private investor confidence in the approach and in offsetting.

And whilst wider ENG may be some way off, BNG offers something immediately attainable. Not only that, but with suitably qualified professionals making informed assessments of environmental impacts associated with development, employing a mitigation hierarchy alongside a properly reflective net gain multiplier, net gain can deliver considerably more sustainable development.

Government has nailed its colours to the mast on the environment. Its Ministers have uttered many fine words and made commitments to future generations. Now it must make the logical, responsible provisions in the Environment Bill which mean development delivers for growth, for people and for nature. It must make biodiversity net gain mandatory.

1) Biodiversity Net Gain must be made mandatory for all new development. Such is the scale of loss in recent decades associated with development and associated human activity, this must become a strict requirement with appropriate provisions made to this effect in the Environment Bill. Moreover, as BNG is developed into Environmental Net Gain, BNG must be sacrosanct within this. It must not be possible to ‘trade’ wider environmental or social components of an overall net gain for biodiversity gains. This is because biodiversity (nature) is the foundation of the environment that the Government is pledging to improve for future generations.

2) Net gains achieved under BNG and/or ENG must be additional to existing commitments to protect and enhance the environment, such as those driven by wildlife legislation and regulation and relating to protected sites (e.g. SSSIs or SPAs). This is essential in order to achieve gains, because existing protections are not enough to halt or reverse the decline in the overall health of nature.

3) An appropriate balance between ensuring local, on-site and strategic, off-site gains is vital. Some biodiversity and environmental gains may be achieved locally to, or on the actual site of a development, and this should be maximised in line with the mitigation hierarchy. However, it must also be recognised that strategically important biodiversity gain may be delivered more effectively off-site, using compensation and habitat banking. In each instance, linking into existing networks and programmes is important to achieving optimal gain.

4) ENG (or BNG) must not be represented by a single metric score. Metrics (such as the Defra / Natural England Biodiversity Metric) have achieved much in drawing the attention of a wide range of bodies to the concept of net gain and the fundamental contributions that biodiversity and the wider environment make to our economy and society. Yet it is far too simplistic to convert complex natural systems into a single headline score. Such scores are highly valuable as indicators and tools but must be deployed alongside expert knowledge in the field, particularly of qualitative evidence that is otherwise unaccounted for, to appropriately prioritise designs and approaches to development to optimise gains achieved.

5) Effective delivery agreements for the long-term will be a vital component of net gain and require significant further work to mainstream. Conservation Covenants, between unrestricted parties, would be a useful additional tool to achieve delivery but the most workable timescales for landowners and managers need to be identified. Experience of ‘in perpetuity’ agreements in Australia have shown that a more fixed timescale, possibly between 25 and 50 years, may be an appropriate balance between the needs of landowner and client.