"The Environment Agency say winter rainfall is set to increase by a staggering 59 per cent by 2050, a figure that seems unimaginable at present, but one that will mean that flooding could become a reality for even more people across the UK.

"While property flood resilience (PFR) is climbing up the agenda, and now plays an important in EA strategy, we still have a journey to travel. PFR standards need to be fully embedded and positively promoted, especially by the media who often see PFR as restricted to the environmentally unfriendly sandbag. Sandbags just don’t work, a recent examination of four sandbags under test conditions failed in only 59 seconds!

"My hope is that COP26 drives home the message that we need to work with nature, rather than against it. It also needs to distil the message that everything is interrelated. Flooding can seem like an isolated issue, but it’s increasingly the result of a number of environmental factors combined from a lack of biodiversity – trees and vegetation can act as natural flood barriers – to greenhouse gas emissions and their impact on changing weather patterns. It can also have a knock-on effect on the health of our seas and rivers, as well as the wellbeing of people living near them and the wildlife that live in them.

"The fact that COP26 has put ‘adapt to protect communities and natural habitats’ as one of its top five priorities, means the above and more will be discussed by world leaders, which can only be a good thing. As ever I hope that discussions at COP26 lead to a determination to act, and that the time gap between these is a small one"

Learning from the flood survivors who built back better 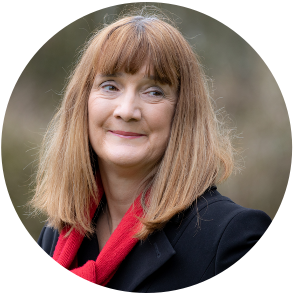