SuDS will soon be mandatory on new developments

CIWEM welcomes the government’s announcement that it will finally implement Schedule 3 of the Flood and Water Management Act 2010 which will mandate sustainable drainage (SuDS) in new developments. Following years of making the case for a more robust approach to SuDS, we are pleased to see sense finally prevail.

After more than a decade in which a mandatory approach was considered too burdensome for developers, government has finally recognised that the extensive benefits SuDS bring outweigh any learning curve challenges the construction industry may need to go through to mainstream the approach. Last month CIWEM alongside over 40 other expert bodies and academics wrote to Prime Minister Rishi Sunak to urge him to finally implement the legislation. 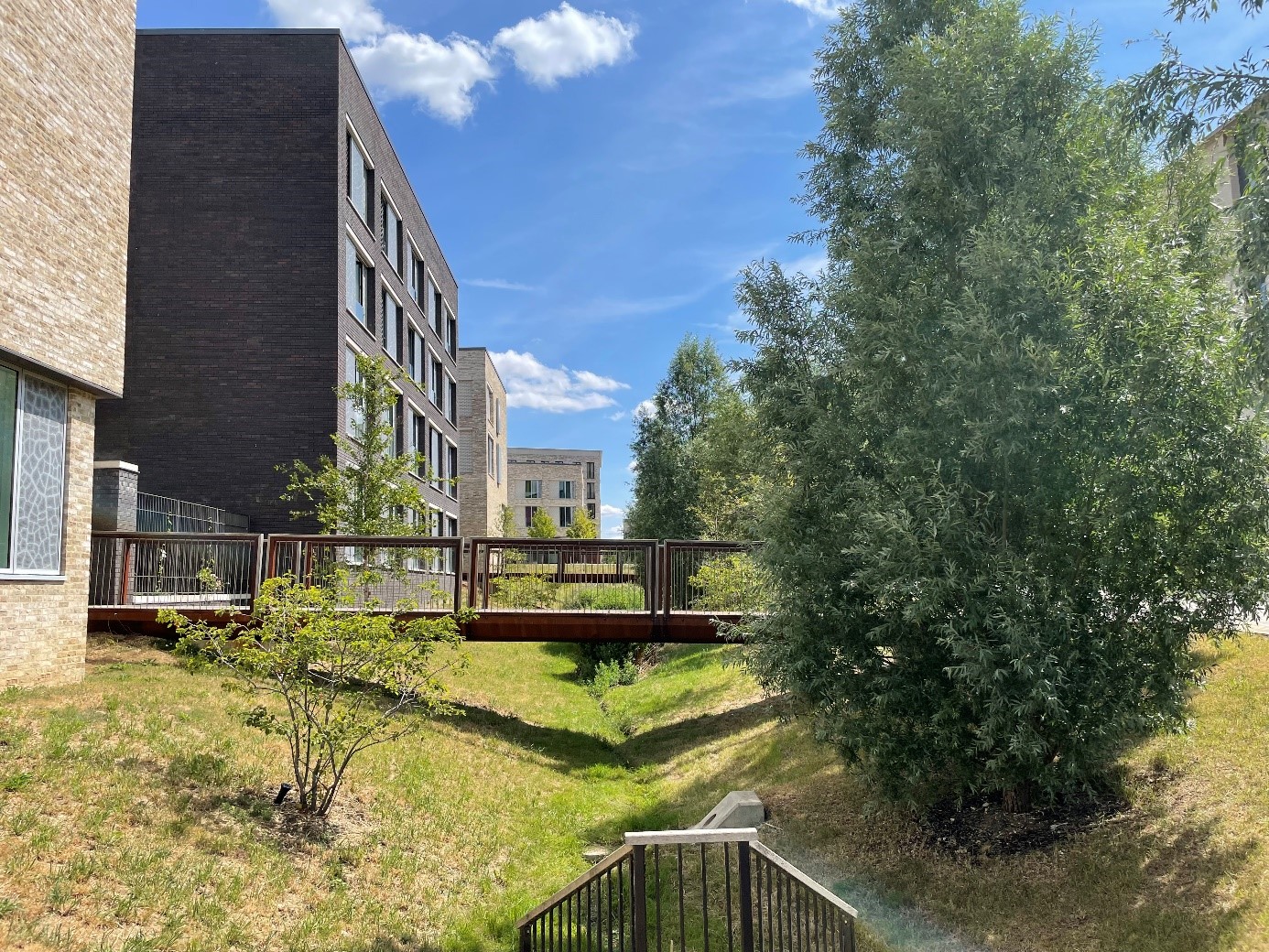 These benefits can only be unlocked if SuDS are built in the right way, hence the need for approved standards. That’s not to say they’re difficult to build – they’re very often simple structures.

Over the past decade outmoded thinking has cast SuDS as complex and expensive and a barrier to rapidly increasing the supply of housing in England. A non-statutory approach to encouraging SuDS through the planning system, introduced in 2014, failed to unlock their potential. Now, with flash flood risk increasing and sewage pollution widespread, the mandatory approach set out in Schedule 3 is long-overdue.

Schedule 3 will also ensure that builders’ automatic right to connect new development into existing drainage networks is revoked and made a conditional one, requiring SuDS potential of a site to be delivered on first. It will additionally provide a mechanism for ensuring SuDS structures will be maintained in the long-term so they continue to function effectively.

The consultation to come later this year will be an important process during which the detail is confirmed. It will be crucial that standards support the delivery of the range of benefits SuDS can unlock and that any exemptions applied do not erode this important progress in building more sustainable housing.