Winners of the 2022 Environmental Photographer Of The Year competition announced

CIWEM and WaterBear have announced the 2022 Environmental Photographer of the Year competition winners, alongside Nikon and Arup.

Now in its 15th year, the Environmental Photographer Of The Year competition showcases some of the world’s most inspirational environmental photography. The annual competition provides an international platform to raise awareness for the issues that put our planet at risk.

Photographer Mehdi Mohebi Pour, has won the highly coveted prize of Environmental Photographer of the Year for ‘The Bitter Death of Birds’ (2021).

The photograph depicts just three of the thousands of birds which died in the Miankaleh Lagoon in Iran due to contamination and lack of water, and it shows the efforts of environmental workers to collect the bodies to prevent the spread of disease. It was chosen as the winning photograph for its surreal portrayal of the circular nature of life between humans and wildlife; as well as its powerful combination of conveying the real environmental issues affecting our planet, whilst using bold and contrasting colours to create a visually arresting photo. 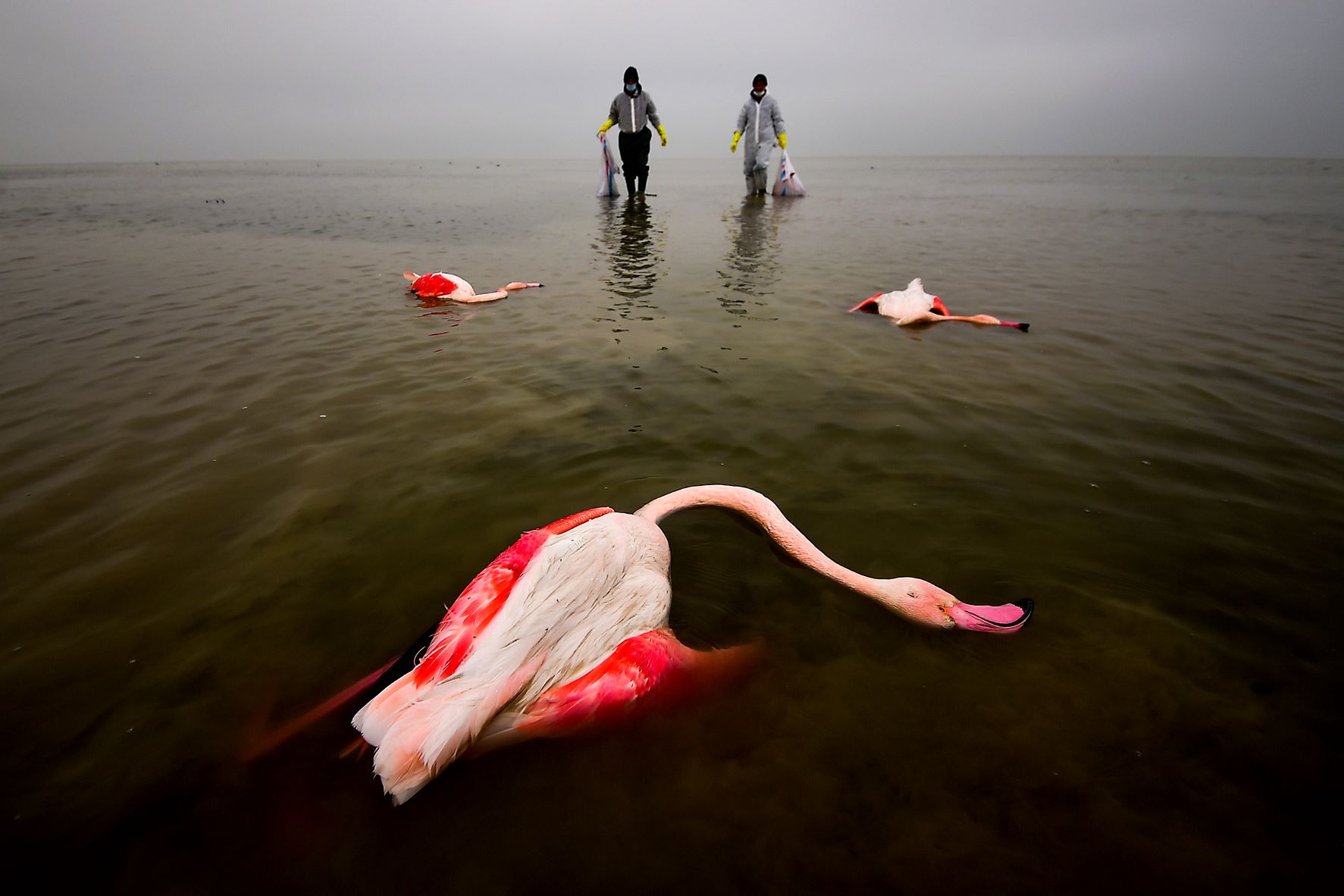 This year’s winner Mohebi Poursays: “It means the world to have won this prestigious award as photographing the climate and showcasing the damage being caused is my biggest priority in life. I want people around the world to know about this sad event of the death of the birds as, if we do not reconsider our lifestyle and take care of the planet, this will soon happen in other countries.”

The competition also celebrates photographers of the future, with 16-year-old Fayz Khan winning the Young Environmental Photographer of the Year award, presented by Nikon, for ‘Beautiful But Hostile Colours on Earth’ (2022).

The photograph shows lesser flamingos flying over Lake Magadi and Lake Natron in Kenya. The two water bodies were once a single freshwater lake but today have become two highly concentrated salt pans, which are severely alkaline and toxic to most forms of plant and animal life - with the exception of the lesser flamingos who love to feed on the surface. The photo has been praised for being classical and well-composed whilst also highlighting the untold effects of the climate crisis in the Rift Valley. 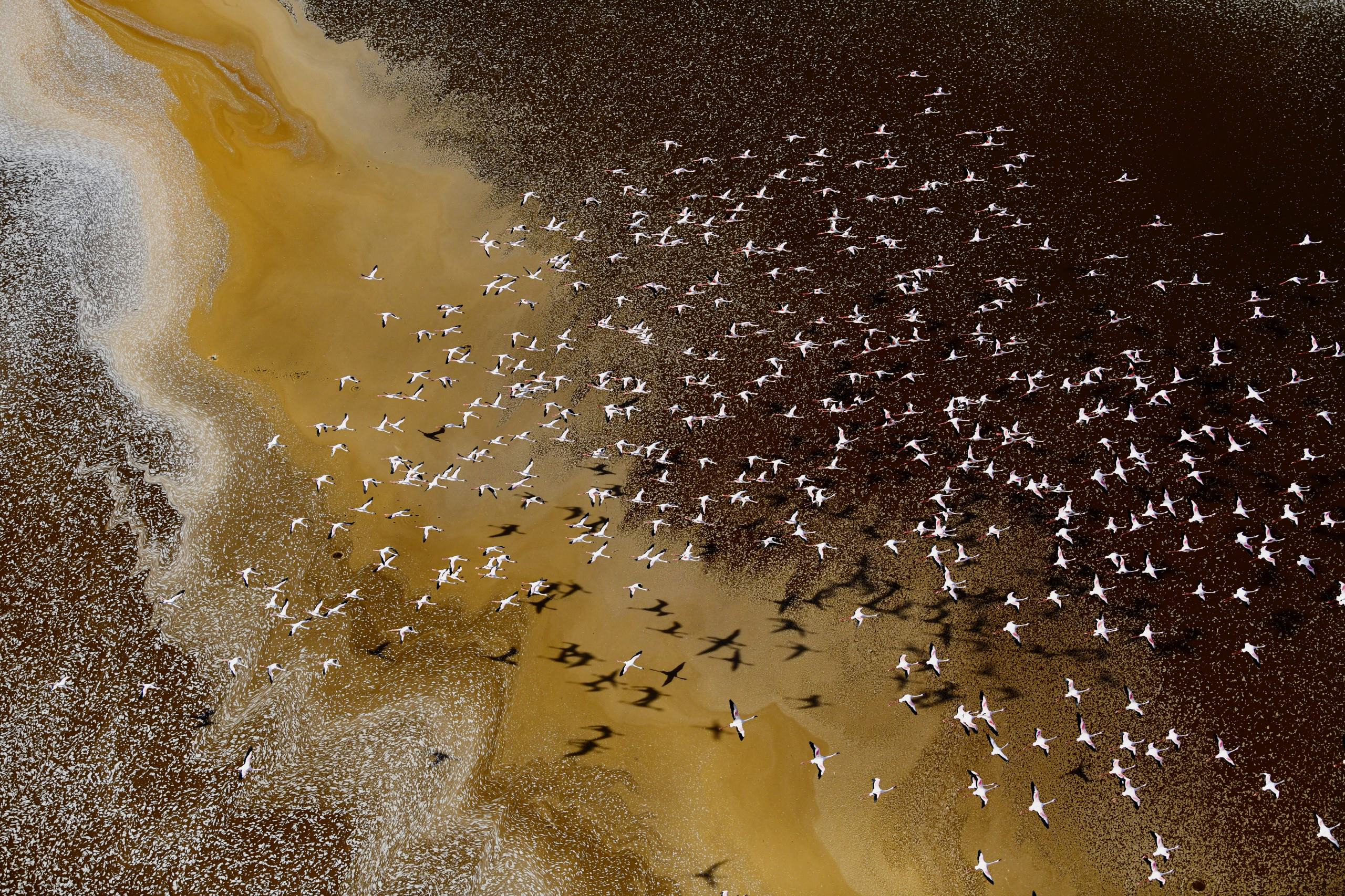 This year's Young Environmental Photographer of the Year winner Fayz Khan says: "Just being short-listed was a huge honour for me… to now win this award from people who care so deeply about the environment is more than a dream come true. The fact that my image comes from a part of the world that fascinates me is icing on the cake!"

Officers maintain vegetable crops in a warehouse at Sentra Farm, Cimanggis, Depok. Various vegetables such as curly lettuce, romaine, oclave green, siiomak, kailan plus others are cultured in a room where the light and temperature remain stable. The advantage of vertical farming is that it is free of pesticides with a harvest period of only 30 days and an average yield of 20kg to 30kg of vegetables per day. (Depok, Indonesia) 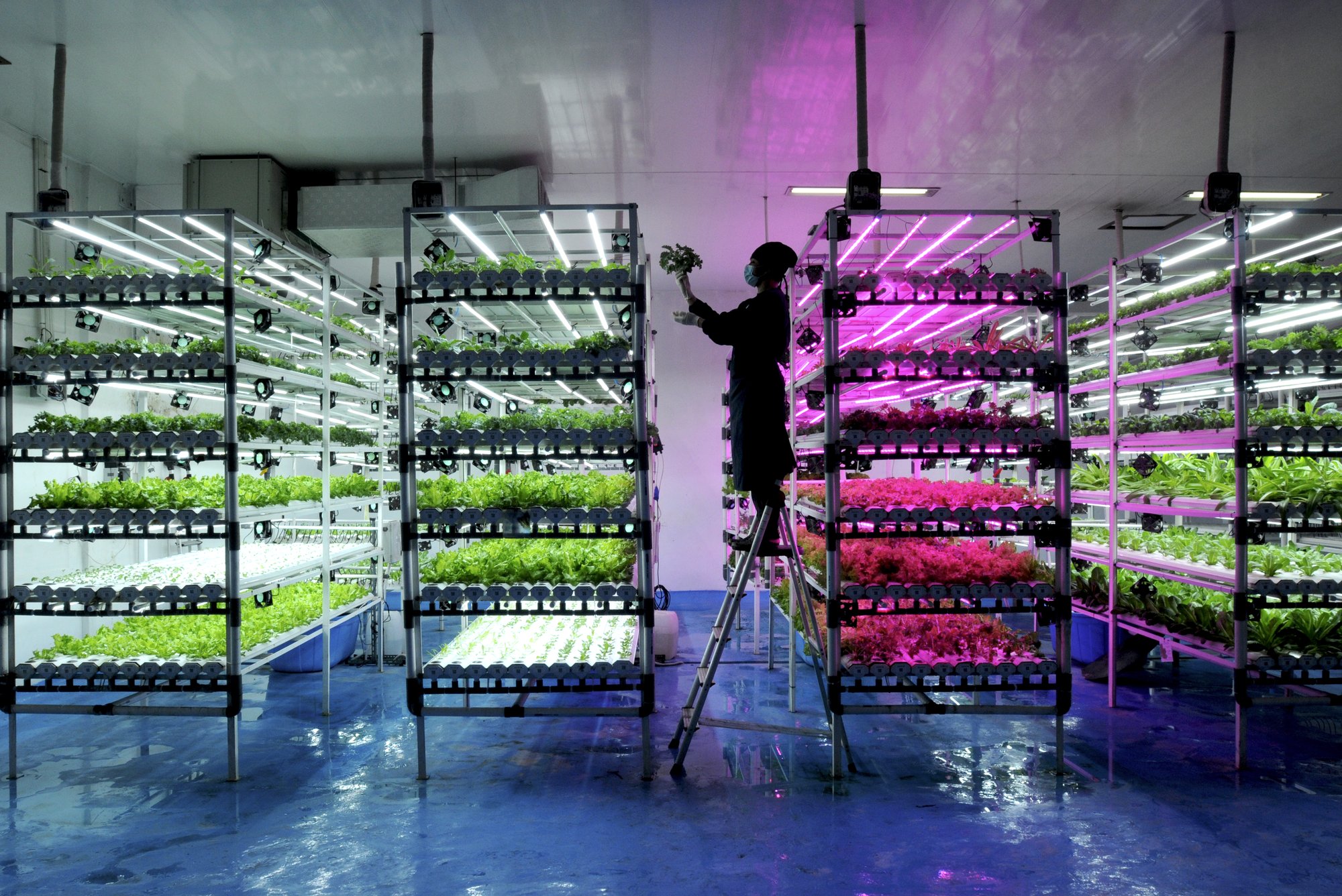 The Naturalia: Chronicle of Contemporary Ruins photo series asks a fundamental question: what is the place of mankind on Earth and what is our relationship with nature. Far from being pessimistic, and at a time when humanity's domination over nature has never been so extreme, it aims to wake our consciousness. (Pisa, Italy) 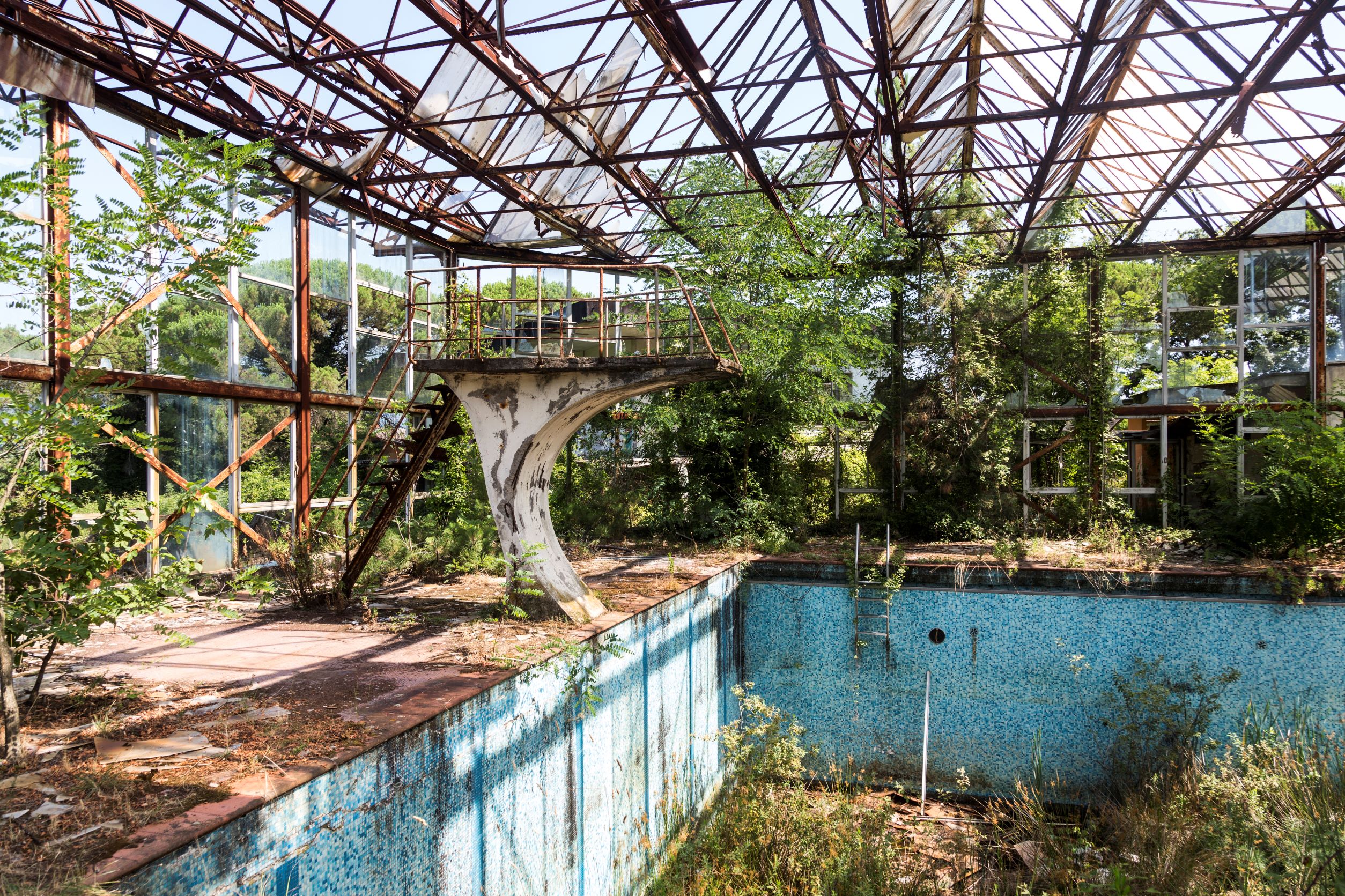 A chemical explosion and fire at BM container depot Sitakunda Upazila of Chittagong on 04 June 2022. 49 people were confirmed dead in the blaze, and the mixing of chemicals in the air and water has a devastating effect on the environment. The explosion at the depot spilled plastic containers into the nearby river, where the chemical-laced water entered the aquifer and destroyed the fresh water supply. (Sitakunda, Bangladesh) 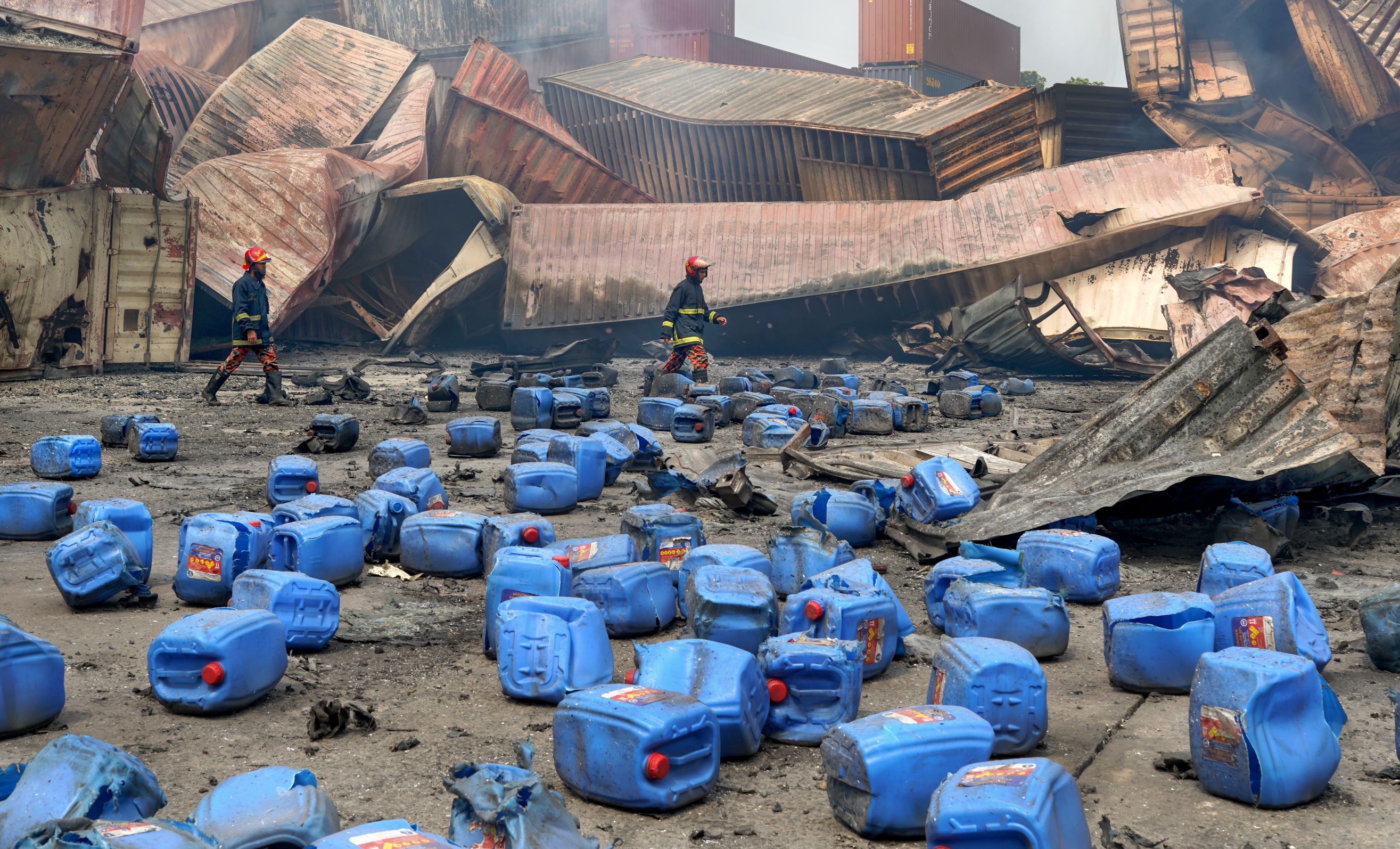 A view of Middelgrunden offshore wind farm from Amager Strand, a very popular beach in Copenhagen. The wind farm was developed by a cooperative with a strong involvement of the local community. Now 8552 electricity consumers, a mix of private citizens and small companies, co-own the wind farm and it produces electricity for more than 40,000 households in Copenhagen. 14.4 per cent of the Danish electricity consumption is provided by wind. More than 150,000 Danish families are members of wind turbine cooperatives. (Middelgrunden, Denmark) 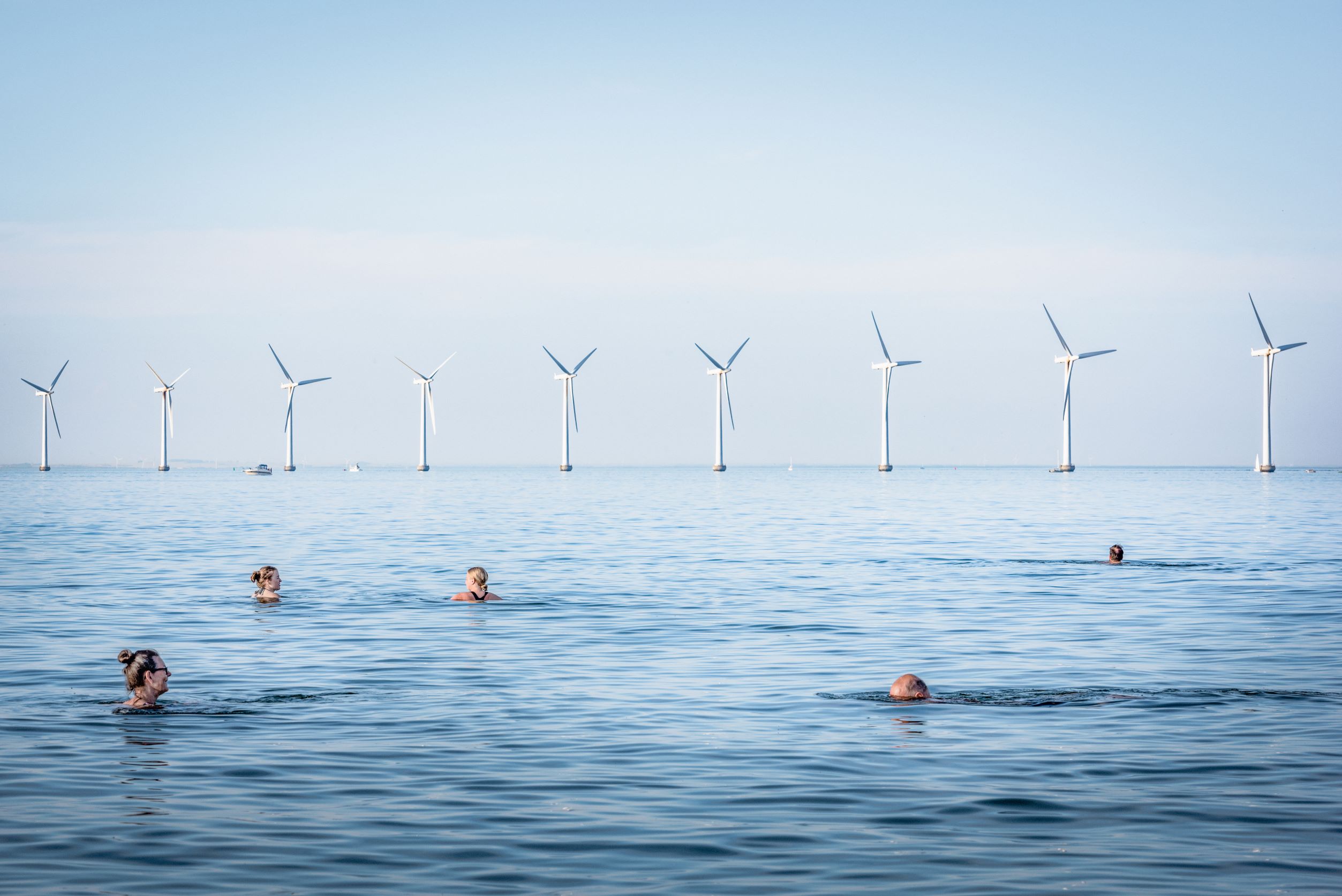 This year an international jury panel, including Nikon Ambassador and activist Roie Galitz and environmental and human-rights photographer Matilde Gattoni, received entries from over 115 territories around the world and from amateur and professional photographers of all ages, ranging from seven to 90 years old.

The competition also introduced an ethics panel in order to improve accountability and transparency in the photo selection process. Following a thorough screening process, the panel, consisting of experts in journalism and photography, provided guidance on this year's competition rules and reviewed photos that raised ethical concerns. All photos that did not comply with our ethical standards - images that dehumanise people, or that exploit people or animals - were discussed by the panel, where necessary going back to the photographer to ask for more information to make an informed decision.

Commenting on the winners announcement, CIWEM chief executive Terry Fuller said, “Our mission with the 2022 Environmental Photographer of the Year competition was to challenge and inspire those in front of and behind the lens with regards to how they view the earth and the people that inhabit it. The photographs submitted this year certainly do that and we hope encourage all who see them to think about their impact on the planet."

WaterBear CEO Sam Sutaria, said, “The striking images submitted to the competition this year truly highlight the importance of digital storytelling for raising awareness for the climate issues our planet faces. We hope that these thought-provoking images will encourage storytellers all over the world to continue sharing important stories to drive impact."

Nikon general manager marketing Stefan Maier said “We are thrilled that Fayz Khan has been selected as the recipient of the 2022 Young Environmental Winner of the Year award. Nikon has been behind some of the most important stories told through photography over the last century, and we’re delighted to support such a young talent as he contributes to the impact photography will continue to have in the future and hones his photography skills."

Arup global water leader Dr. Mark Fletcher said “It was a privilege to host the winners’ exhibition for this year’s 2022 Environmental Photographer of the Year competition. We are thrilled to be showcasing such a broad range of photography talents from around the world."

To learn more about this year’s Environmental Photographer of the Year winners, visit www.epoty.org.