From Karen Thomas in Glasgow

Divisions appear to be widening at COP26, confident announcements on net-zero targets from parties and corporate attendees set in sharp contrast to growing frustration from youth activists, environmental groups and other campaigners, as well as many scientists. 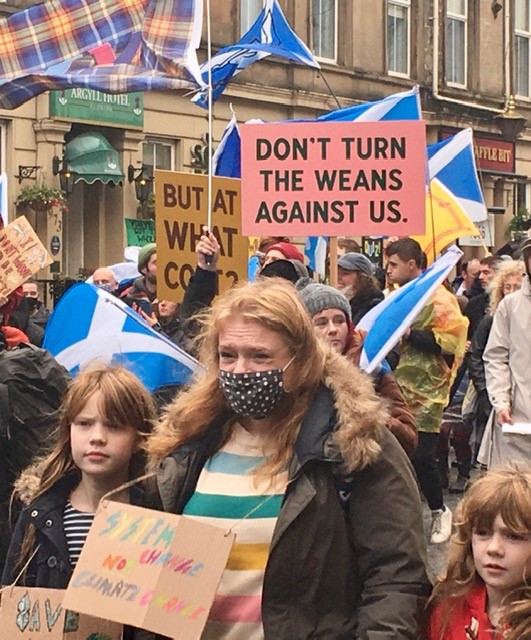 Critics say the deals lack urgency and detail, and have singled out Saudi Arabia for seeking to sabotage both progress on adaptation and a summit consensus.

This weekend, Saudi Arabia moved to counter efforts by climate-vulnerable states to commit the summit to “keep 1.5˚C alive”. Saudi Arabia wants to shape COP26’s so-called “cover decision” – the headline announcement when the summit ends that flags the course of action that the talks have agreed.

Without the cover decision, the prospects of governments delivering scientists’ call to limit global heating to within the all-important 1.5˚C limit look very remote indeed.

This autumn, the world’s second-largest oil producer pledged to reach net zero by 2060 – without revealing how it will deliver this. The announcement came weeks after its national oil company Aramco said it will increase oil production from 11 million to 12 million barrels a day by 2027.

That gap between what rich countries’ governments promise and what they plan to do – and the perceived failure of COP26 to set clear, binding deadlines to phase out fossil fuels – coloured the mood on this weekend’s huge protest march through Glasgow.

Philippines youth activist Mitzi Jonelle Tan summed this up afterwards: “More than half the world’s children live in extremely high-risk countries… We feel a strong sense of betrayal over the empty promises and lies of the UNFCCC.” 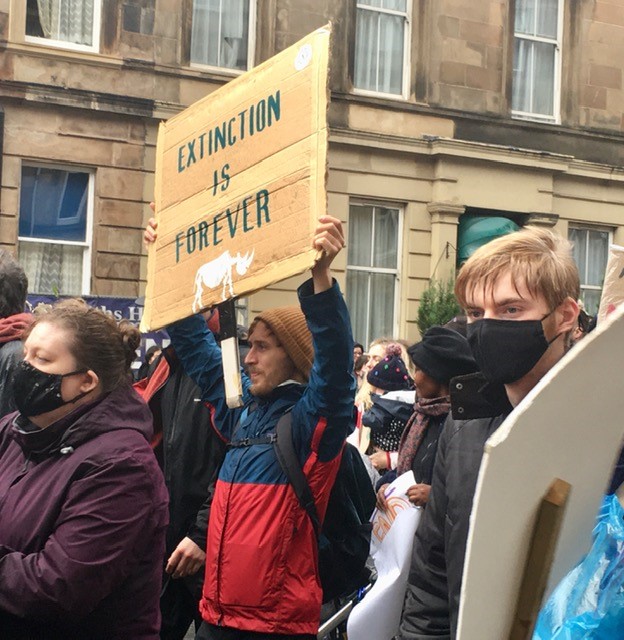 Up to 100,000 protestors defied heavy rain in Glasgow. The general mood was frustration, many marchers dismissing the climate summit as “greenwash”. The few arrested included members of Scientist Rebellion, who chained themselves together to occupy King George V Bridge, declaring that “COP26 has failed”.

Publicly and privately, many scientists in Glasgow are unsettled by COP26’s lack of urgency or will to set parties fixed and stringent targets to rein in emissions.

“What we would really need is zero emissions of carbon starting in 2021,” University of Manchester professor of energy and climate change Kevin Anderson told the People’s Summit for Climate Justice on Sunday. “Yet our emissions are still going up – this year faster than at any time in human history.” 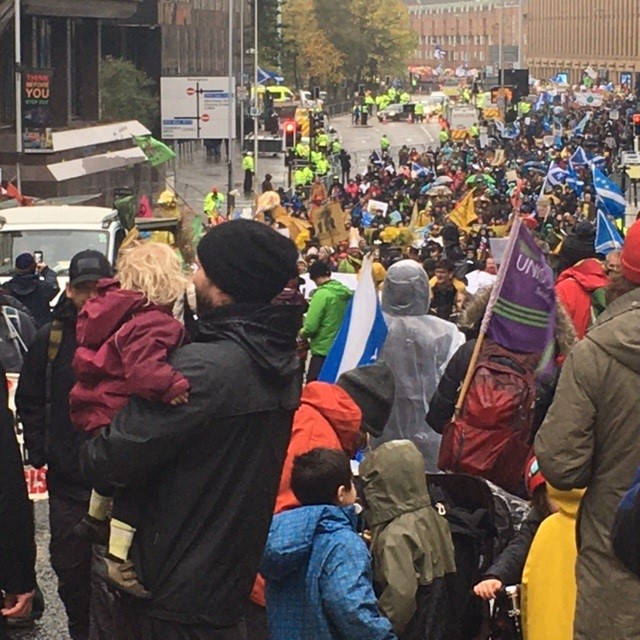 At a meeting this morning, Amnesty International, Greenpeace, Global Witness and Action Aid slammed “smoke and mirrors” at COP26, calling on the summit to deliver “urgent, real-zero climate action”, rather than promise net-zero targets that rely “on offsetting scams and unproven technology”.

“Net-zero targets create the false illusion that governments are dealing with the climate crisis,” said Amnesty International secretary-general Agnes Callamard. “In reality, the focus on net zero is nothing more than a delay tactic, which is getting in the way of the real solution – zero emissions.

“Many offsetting and carbon-removal projects – used to meet net-zero targets – result in human-rights violations of Indigenous peoples and local communities, especially in the global south. Net zero doesn’t cut it. Wealthy, industrialised countries must reach zero emissions much earlier than 2050 to avoid putting an excessive burden on the most climate-vulnerable countries.

“This is not simply a humanitarian issue; it’s a legal obligation.”