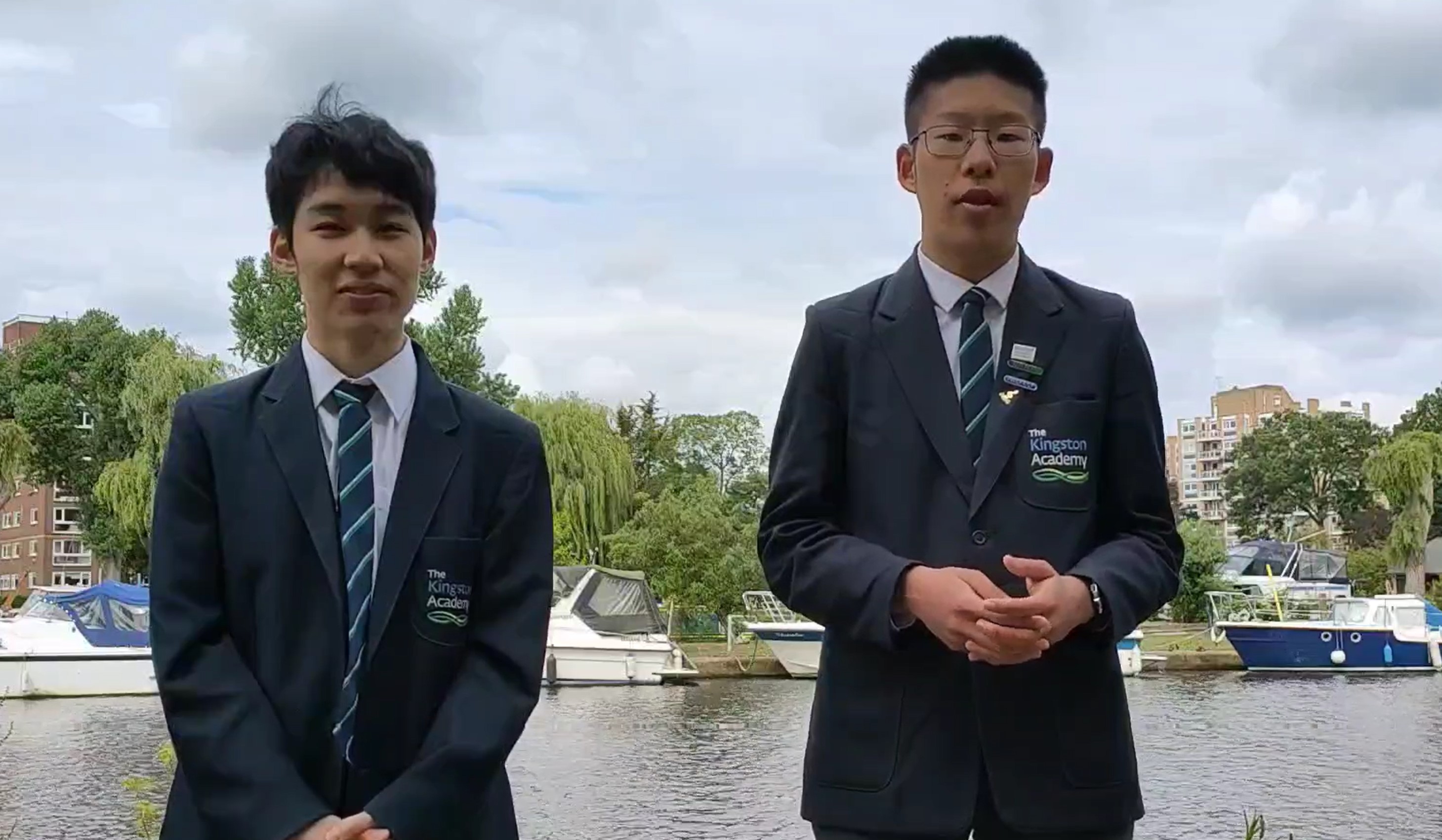 Yuquan Zhou and Jason Cho, both year 11 pupils from Kingston Academy, have been jointly named as this year's UK Junior Water Prize winners.

Yuquan and Jason will represent the United Kingdom in the Stockholm Junior Water Prize competition during World Water Week between the 28th – 31st of August. They will compete on a global stage alongside contestants from over 40 countries for a cash prize of $15,000 USD! The international competition winner will be announced on the 30th August 2022.

Their paper, "Investigating optimum conditions to obtain potable water through piezoelectricity in fluvial systems," explores the building of a water treatment system that uses piezoelectric materials to convert mechanical force into electrical energy.

“Water droplets would collide with the piezoelectric materials, producing a comparatively high power and voltage.

After having done further research about the physics that govern water droplet formation we discovered other potentials of our design, such as controllability and reliability." Yuquan says.

“We also found that water droplet systems can be applied at other scales and locations, such as rooftops and sewage systems. For our further research, we will be making a piezoelectric water treatment system as well as investigating further factors that impact electricity production”, continues Jason.

The winners have impressed the judges with “their drive, commitment, and passion for solving challenges with water whilst using water itself as part of the solution.”

“Yuquan and Jason have followed a well-considered, scientific approach and have demonstrated a good understanding of the science and practical implementation”, shares CIWEM CEO Terry Fuller.

This year's judging was conducted virtually in two stages: applicants were asked to submit their reports via an application form, with shortlisted applicants invited to an interview with the jury panel.

"We really want to thank our school, The Kingston Academy, especially Ms Cavanagh, Mr Collins, Dr Gopee, as well as the UK Junior Water Prize team and the judges for the help and input," the pupils stated after winning.

Rain's water conservation project is represented by a UK intellectual property office-registered method that is intended to be affordable and potentially prevent enormous volumes of water from ending up in the sewage, while also lowering CO2 and CH4.

Alys Cope and Tatiana Hazelwood from the Royal Hospital School were awarded additional prizes for their joint paper on extracting microplastics from water, and Molly Dobson and Lucy Wakefield from St Dominic's Priory School wonor their investigation into the effectiveness of using the temperature difference between the bottom of a canal and the atmosphere above to sustainably improve the quality of the water.

Thank you to all our supporters, especially our partners: the Environment Agency and Jacobs.

The entry opening date for the 2023 competition will be announced in autumn, please check our Awards page for updates.