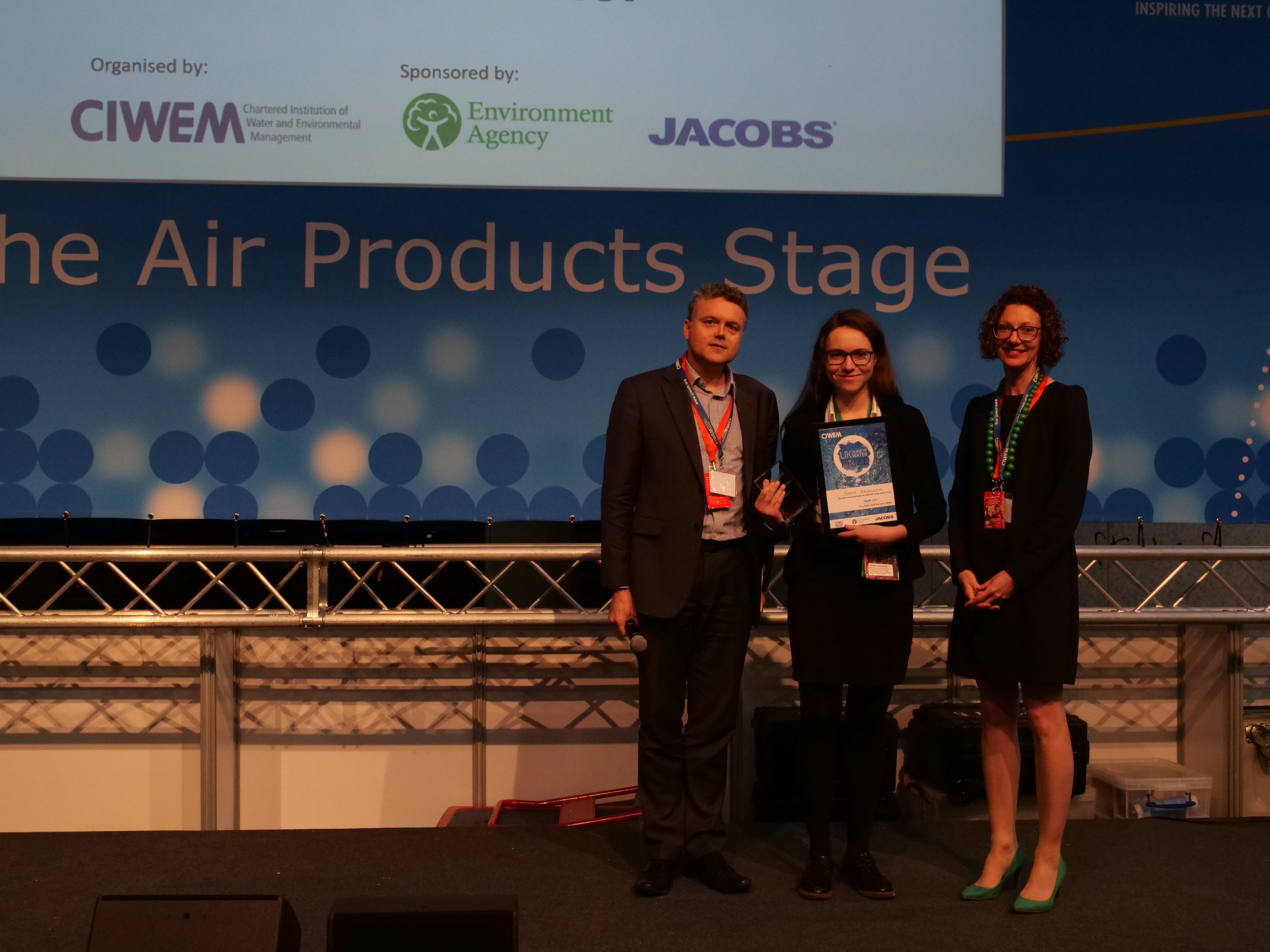 This year’s UK Junior Water Prize was presented to Diana Virgovicova from Sutton Valence School, for her discovery of a new photocatalyst to solve water pollution.

The 2019 final took place at the Big Bang Fair in Birmingham. The Judging panel included representatives from CIWEM, the Environment Agency, Jacobs and industry. Diana blew away the judges with her extensive research, knowledge, and presentation skills but also her enthusiasm for water environmental wellbeing.

Two teams were also highly commended, for the high standard of their project and presentation.

Jake Thakur and Samuel Moore from Sutton Grammar School for their project on employing inertial measurement units for cost-effective and accurate wave monitoring, and Alanah Ferguson, from Kirkcaldy High School for her project which investigated a wave energy device.

This year the competition was proudly sponsored by Jacobs, and The Environment Agency.

“It was a privilege to be on the judging panel for this event. The quality of submissions was very high and it was inspiring to hear the students talk with such passion about the water environment. I congratulate all participants for the effort they have put into their respective projects.”

“The Environment Agency is delighted to sponsor this year’s UK Junior Water Prize for the second year running. Some of our greatest global challenges revolve around water. It is imperative that we continue to feed the imagination young people and attract the greatest minds of future generations to help solve the challenges of today and the future.”

The winner of the UK Junior Water Prize will now go on to compete against 35 other national finalists at the international final which takes place during World Water Week in Sweden, The winner will be announced at a gala dinner with HRH Princess Victoria of Sweden, and students will have the chance to showcase their projects to academics, industry and the media.