Floods and Dredging – A Reality Check 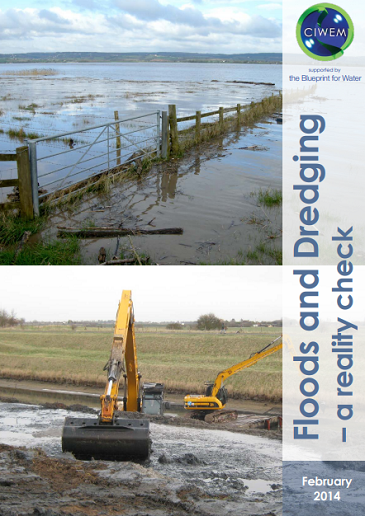 Floods and Dredging – A Reality Check

No-one should underestimate the power of flooding. It has shaped our rivers and landscapes for millennia, but can also bring misery to people whose homes, possessions, businesses and land are lost to the water. Indeed, as this report goes to press, communities in the Somerset Levels and Moors have been under water for weeks, with little prospect of relief, while those along the Thames and Severn corridors are experiencing the worst flood in decades.

It is only right that we respond compassionately to the severe difficulties faced by communities. But as water engineers, environmental managers, wildlife enthusiasts and anglers we are uneasy about the lack of science and evidence in public debate that surrounds the recent flooding and what might be done to mitigate future losses. In particular, claims that the widespread use of dredging can act as a flood prevention measure are not only unsupported by both science and evidence, they are a cruel offer of false hope to those living in flood prone communities. That is why we are calling for a ‘reality check’ on flooding and dredging.

Become a part of our global community