A tale of two wetlands 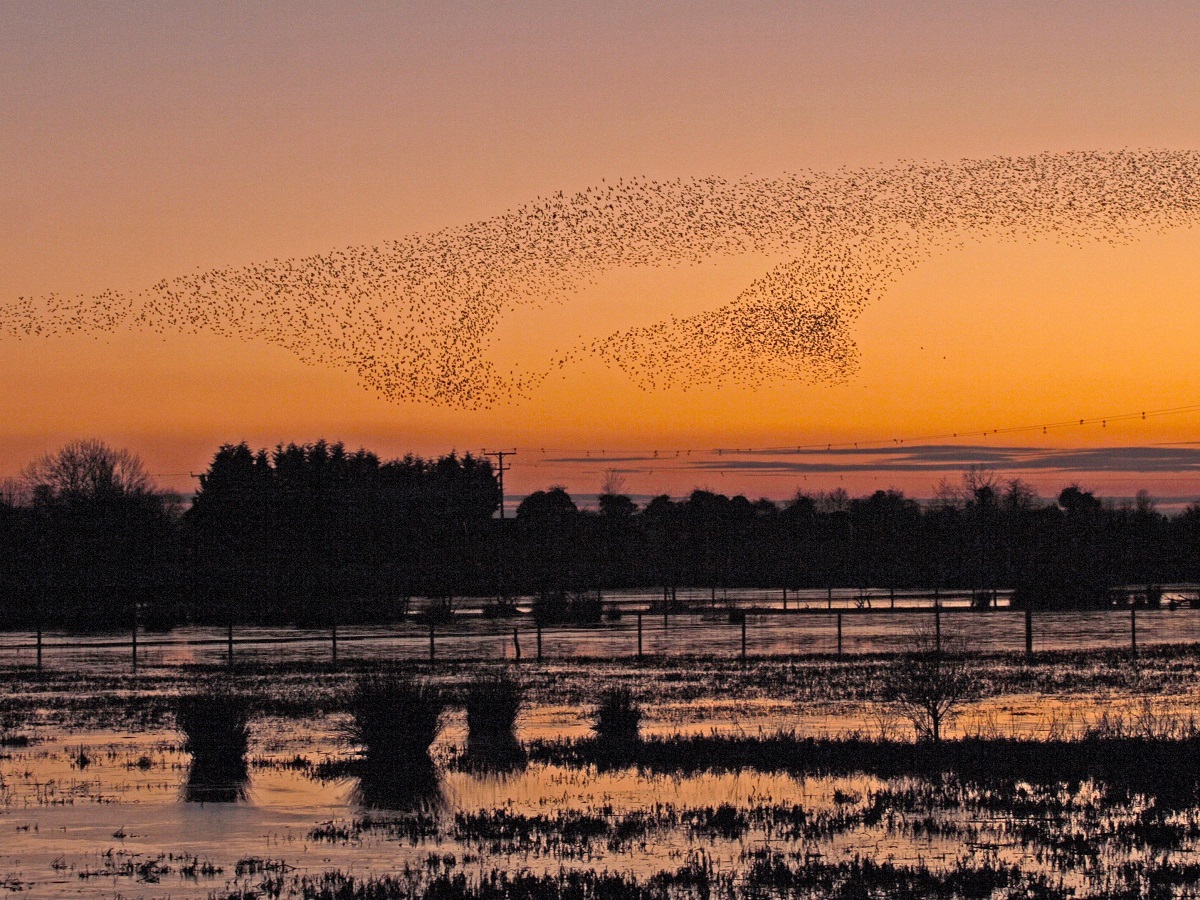 Andrew Howe and Kim Goldsmith are artists working with wetlands on opposite sides of our planet to explore interdependence between people, land and ecosystems to build sustainability. The Environment listens in.

Hi Andrew, I’m excited to see how our Mosses and Marshes project develops, given the physical differences between our two wetlands.

The Macquarie Marshes are dynamic, big, complex and very beautiful – an ancient landscape shaped over millions of years of movement and erosion. Covering more than 200,000 ha of the lower Macquarie River catchment – a regulated river system, it’s one of 17 large, complex floodplain wetlands in Murray Darling Basin.

This is big sky country, flat floodplains of red, sandy clay loams through to grey cracking clay soils typified by saltbush and scattered stands of pendulous myalls and leopard-wood trees.

The reserve covers barely 10 percent of the Marshes and is mostly closed to the public. The rest is privately owned grazing land.

Hi Kim, yes, it’s fascinating to connect and compare our very different sites on opposite sides of the world.

The Marches Mosses include Fenn’s, Whixall and Bettisfield National Nature Reserves, Wem Moss and Cadney Moss straddling the Welsh-English border in North Shropshire. Together, these form the UK’s third-largest lowland raised peatbog, covering 966 ha. It’s one of our planet’s rarest habitats; more than 96 per cent of lowland peatbogs have been destroyed.

The peatbogs are younger than much of Shropshire’s geology, formed about 10,000 years ago, as glaciers retreated after the last Ice Age. Rainfall is the only water source. Peat formed from decomposing plants, particularly Sphagnum moss, creating layers up to 8m thick.

When people started to extract peat and dig canals early in the 19th century, the new drainage ditches collapsed the raised dome. Peat was extracted at commercial scale from 1851, speeding up with mechanisation until 1990 when the Nature Conservancy Council bought the leases and halted peat cutting.

The Mosses supports a high biodiversity of plants, animals and invertebrates that have adapted to acidic, low-nutrient conditions. It’s an important site with more than 27 recorded butterfly species, more than 500 kinds of moths and 26 species of dragonflies and damselflies.

Kim, why does it matter to preserve these wetlands, beyond our governments designating them nature reserves?

Great question. I’m guessing that like the Marshes, the Mosses have several stakeholders invested in its future. We must also consider the interests of towns, irrigated agriculture and industry up stream.

Ramsar is just one driver casting a spotlight on wetlands. Managing water to the area is a tricky business; it’s taken years of research, negotiation and management to achieve flows for waterbird and fish breeding and to maintain water-dependent vegetation.

Water from the Marshes also needs to reach Barwon River, further north. Drought dried up these rivers, leaving some local communities without water.

The Marshes lie on Ngemba-Wayilwan lands. Groups are working to reclaim traditional practices, culture and knowledge, lost since European settlement.

Art helps to bring these landscapes to the public, exploring their scientific importance and the cultural and aesthetic values that are almost more important if we want people to really care about their future.

The Mosses support climate-change resilience and ecological biodiversity. The peat bog is a huge carbon store and sphagnum moss absorbs greenhouse gases from the atmosphere. And the wetland is also vital to protect against flooding and improve water quality.

But the less tangible values become evident only when you spend time in these landscapes. The Mosses were integral to community life for generations of working people. I recorded conversations with some of the last peat cutters, whose stories reveal deep understanding and connection with the land and its ecosystems.

The Mosses have a rare feeling of remoteness and space; a quiet, understated character. Art can communicate our psychological and emotional responses to the vastness and rich variety of these landscapes.

Do you think Mosses and Marshes can address challenges facing our wetlands?

Working with digital media in the heat and cold, with the flies, mosquitoes, snakes and water is an added challenge, for sure.

In October 2019 a lightning strike started a fire in the Marshes that burnt out about 3,000 ha of the reserve and neighbouring property. We’d already had about three years of drought. Fire and drought and flooding rains are hallmarks of the Australian landscape, but what concerns people is their scale, intensity and frequency.

My role in this project has been to document the Marshes’ recovery from drought and fire. Obviously, recovery takes much longer, but I aim to present a new perspective to people, even those very familiar with this landscape.

Maybe highlighting aesthetic and emotional values we attach to these landscapes – so often overridden by the economic or environmental arguments – can work towards consensus beyond the water politics.

The stories I’ve recorded illustrate people’s emotional attachment and desire to preserve the Marshes for future generations. People have been part of the ecology for tens of thousands of years; we’re a critical part of its future.

I’ve had my share of mosquito bites too but thankfully no harm from the adders that live in the Moss.

Natural England is leading the BogLIFE project to restore the wetland in partnership with Natural Resources Wales and Shropshire Wildlife Trust. It’s a multi-million pound project, funded by the European Union and a National Lottery Heritage grant.

My practice will highlight the wetlands’ significance, reflecting back different perspectives on issues facing the Mosses, and reimagining future relationships that connect it with local community, wildlife enthusiasts, ecologists and other scientists.

I am working with seven artists and arts organisations, setting up an art walk, engaging with community groups and curating work for exhibition. The long-term aim is to establish a platform for future artist residencies.

Who is helping to inform your work on site?

What I love about this project is pooling experience, knowledge and natural resource-management and the environmental networks to inform the work. It takes so much planning and desktop research before even getting on site.

You must explore all angles to understand what you’re observing in the field. I’ve tapped everyone from government department ecologists to vegetation specialists, water managers, private consultants, landowners and managers and cultural groups.

I’ve been fortunate to access an area surrounded on three sides by the Northern Nature Reserve that was owned and restored by the Macquarie Marshes Environmental Trust. Macquarie Wetlands Association arranged my time on site, bringing me into contact with farmers, soil scientists, bird watchers and bushwalkers.

We’ve talked about what an art project can offer that hasn’t been said, done or seen before. Digital media is relatively accessible and allows us to delve deeper, to create talking points about our own experiences in nature, and so to find that common ground.

I imagine that with your engineering background and work in environmental consulting, you see these landscapes from a different perspective again?

My professional experience certainly sparked an interest in the scrapyard restoration at Whixall Moss – learning about the impact on this sensitive environment of dumping thousands of cars and mountains of tyres, and documenting nature’s resurgence.

My artist practice centres on walking and mapping, understanding layers of history and human interaction with places. Discoveries of bog bodies from the Bronze Age prove that humans have lived on the Moss for thousands of years. We must not brush away the legacy of human impact, rather acknowledge and reassess how to continue to live sustainably within the wetland landscape.

Obviously, we must protect rare wetlands, but separating off nature reserves can change the way people perceive nature in their everyday world, perhaps devaluing it. Artists can rebuild connections with nature on many levels.

My artistic response includes digital media, printmaking and painting using materials, dyes and pigments gathered directly from the landscape. What’s next for you?

It looks like we’re both going to be busy in the studio bringing observations and recordings together into artworks for public exhibitions.

I have many gigabytes of data now, but as we’ve agreed, it’s really about how we use creativity to start conversations that transform how we think collectively about these wetlands.

I look forward to seeing how this comes together. There’s nothing quite like working with someone on something so complex and being thousands of miles apart.

We still have so much yet do, but I’m excited about unearthing issues of universal significance for wetlands that highlight our shared challenges on opposite sides of the planet. 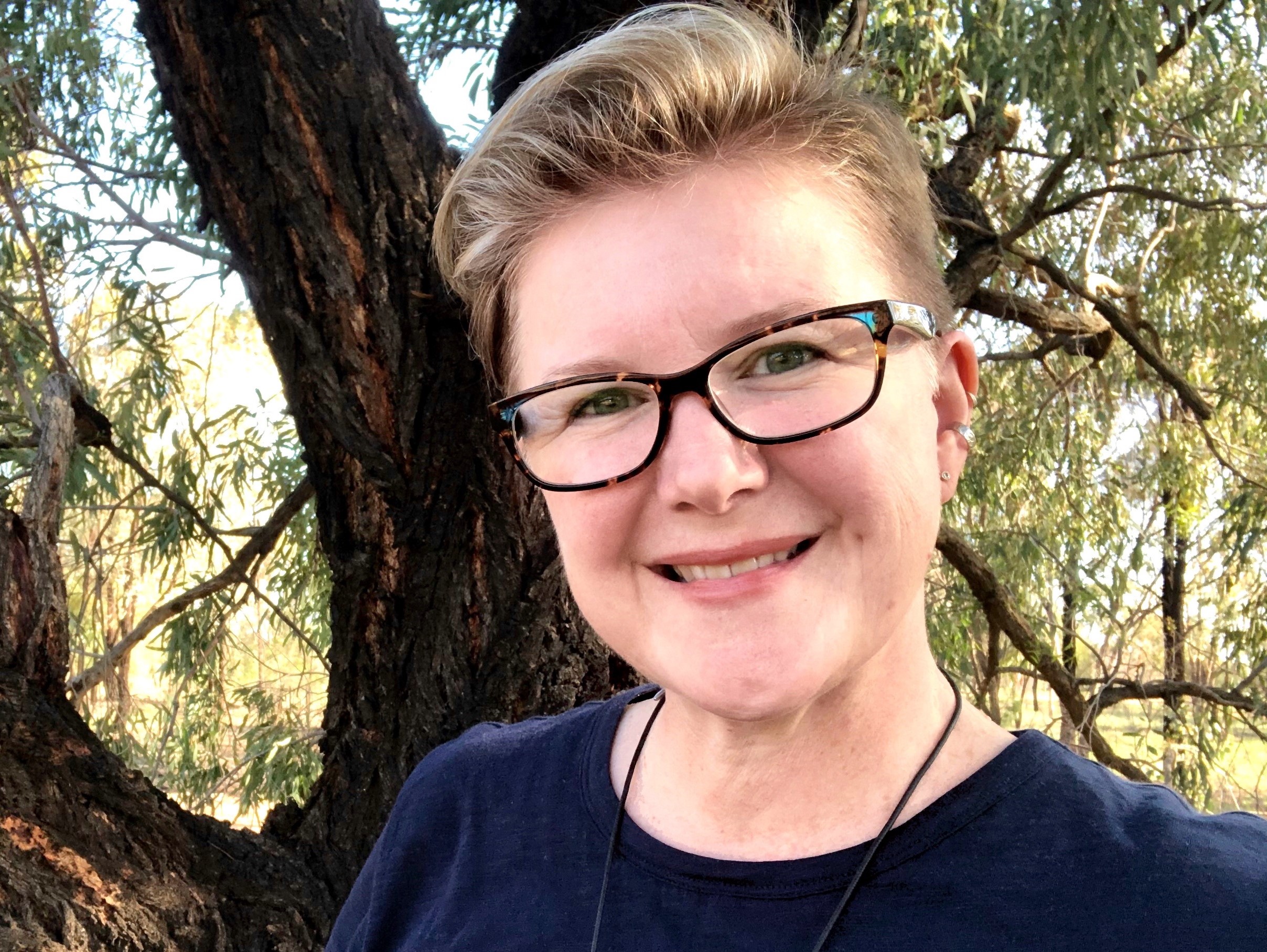