Asad Rehman came late to environmentalism. But there are deep and binding links between poverty, inequality and climate impacts, the War on Want director tells Karen Thomas 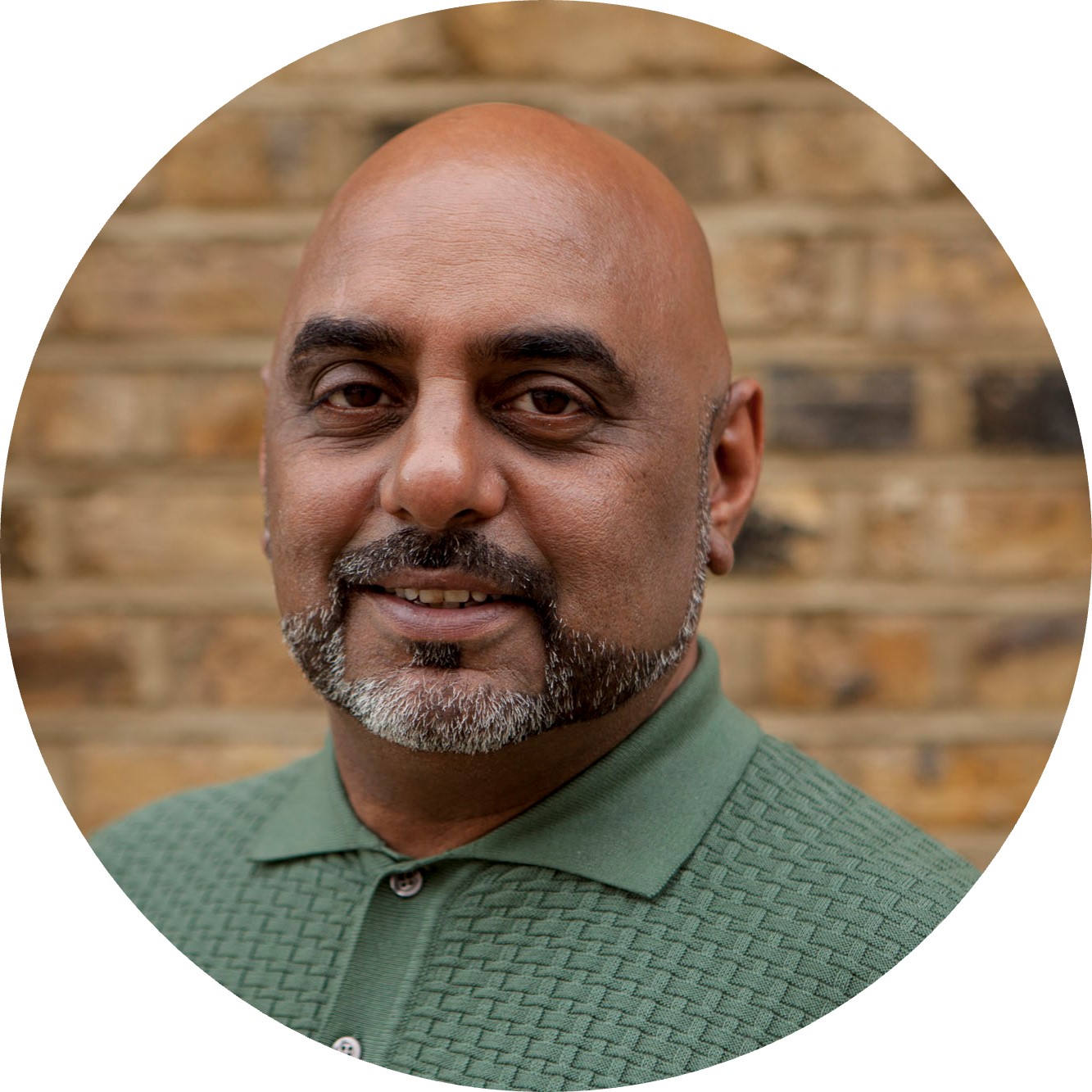 The moment that changed Asad Rehman’s understanding of climate justice came thirteen years ago. He was at COP15 in Copenhagen, representing Friends of the Earth.

Sudanese diplomat Lumumba Di-Aping took the floor, as chief climate negotiator for the G77 low-income bloc. Di-Aping sat silently, tears rolling down his face. He then calmly picked apart the leaked deal that richer countries were set to propose at COP15, to limit global heating to +2˚C. A global +2˚C limit would mean +3.5˚C for much of Africa, Di-Aping said. “We have been asked to sign a suicide pact.”

War on Want director Rehman had campaigned all his life against racism and social injustice. But that was when he understood climate change as a problem of race, class and north-south inequality.

Six months ahead of COP27, the targets have moved. The Paris Agreement requires governments to limit global heating to +1.5˚C above pre-industrial temperatures. COP26 reviewed nations’ progress towards those targets.

So how’s is going for us, from the standpoint of climate justice?

Rehman quotes something Tyndall Centre climate scientist Kevin Anderson told him in Glasgow. “We’ve moved from an era of climate denialism to an era of mitigation denial,” he says. “Everyone accepts climate change is a problem. But refuses to do what it takes to solve it.”

“Using that language is one thing. Are we backing it up with action? There’s a disconnect, between what politicians say and their willingness to put the right plans in place. And it’s a big, big disconnect.”

Until COP15, Rehman was “a reluctant environmentalist”. Back then, climate justice was a niche interest.

“It seemed to be about polar bears on icebergs and why we must use the right lightbulbs and not use plastic straws,” he recalls. “There was no understanding of deeper, systemic issues; that instead of pushing narrow environmentalism we needed to build a movement, to connect with people where they were at.”

People at Glasgow discussed the bigger picture, he says. Banners demanded climate justice for the Global South. “The narrative has shifted. But if we don’t tackle inequalities of all kinds, we will never win a social licence for transformation.”

The gilets jaunes movement is a classic example, Rehman says. In 2018, French president Emmanuel Macron announced a tax hike on petrol and diesel fuel to finance the switch to renewables. It sparked protests, blockades and violent clashes. Polls suggested that 72 per cent of French people backed the protestors.

“Building support means connecting to where people are,” he says. “We shouldn’t talk to people about carbon. In the UK, we should be talking about warm homes, and the benefits of retrofitting. We need to talk about air pollution and why we need cheaper, better public transport.

“A lot of people have very little. People who have very little will not give up the little they have if we fail to describe the world we want to create. A world that is better for them. If we present everything being about less, the people who have less resist – they are already struggling to survive.”

“For me, that sums up our crisis of inequality. Until we address that, we can never address climate change.” 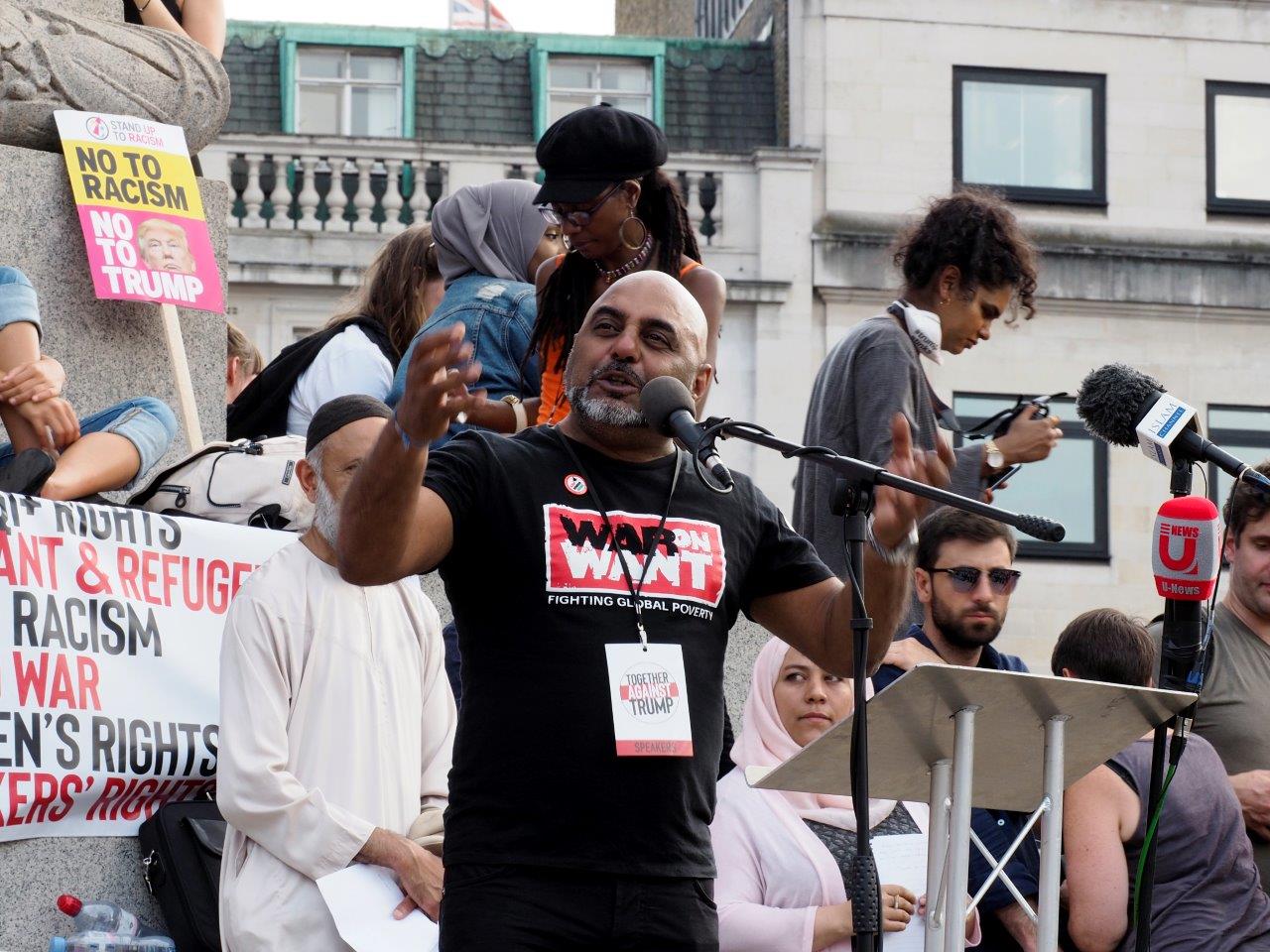 It’s a contradiction we live with every day, Rehman says. It’s why we talk about last year’s floods, droughts and wildfires as “weather”, not climate impacts. It’s why the Glasgow summit closed with the world on course to heat up by +2.7˚C.

It’s also why governments failed to deliver the US$100 billion a year they promised from 2020 to help climate-vulnerable countries to adapt, while continuing to pour money into fossil fuels. The United Nations expects climate-adaptation costs to soar to US$100 billion a year by decade’s end.

Rehman says net-zero policies allow governments and businesses to keep polluting, believing that at some future point we’ll have technology to suck carbon out of the atmosphere at scale. “When what we need is to work towards real-zero emissions.”

Parallel to the COPs, War on Want organises People’s COPs, creating platforms for diverse voices and finding new ways to connect people. These seek to hold the UK to account; as outgoing COP president, as a G7 member and as the world’s fifth-largest economy.

Covid inequalities set a worrying precedent, Rehman explains. “The low-hanging fruit would have been to make the vaccine freely available to all. What we had was vaccination rates across Africa of 2 per cent, because what mattered was big pharmaceutical companies’ profits…

“It’s the poorest that paid the price for Covid, who lost work. The pandemic wiped US$4 trillion off the poorest people’s incomes. And the inequalities continue to widen, in every country in the world.”

Half the world’s people live on less than US$5.50 a day. Two billion people live with food insecurity. More than a billion lack access to clean water. “All those things make people more vulnerable to the climate crisis. That vulnerability is determined by where you live, and by your economic circumstances.”

After last summer’s floods, Germany found €30 billion to clean up the damage and help flooded communities to rebuild, he says. The floods that hit Uganda left the country overwhelmed.

Rehman’s views would have seemed left-field at Copenhagen. Less so today, amid growing alarm among scientists and campaigners. February’s IPCC report pointed out that climate impacts thus far are much worse than expected. UN secretary-general Antonio Guterres introduced the report as “an atlas of human suffering and a damning indictment of failed climate leadership”.

Meanwhile, around 20 million people are being displaced every year at +1.1˚C of warming. African farm productivity has fallen since the 1960s by a third. Already up to 40 per cent of all people – 3.5 billion souls – are “highly vulnerable” to climate impacts.

In the coming decade, the scientists expect climate change to drive anywhere between 32 and 132 million people into extreme poverty, Rehman says. Already, one person in three endures deadly heat stress, a figure likely to rise to between half and three-quarters of the global population by 2100. Many more people are much more vulnerable than most of us grasp.

Failed adaptation and unfair climate finance are making the world’s poorest, most climate-vulnerable nations even poorer, Rehman says. When Cyclone Idai hit Mozambique in 2019, flooding wreaked US$773 million worth of damage.

“It left a million people on the brink of starvation, less because of the cyclone than because the government had no resources to fix the damage. So a delegation from Mozambique travelled to the City of London, to take out new, debt-creating loans to respond to that crisis and to feed its people.

“Each new crisis forces countries like Mozambique deeper into debt… We are hollowing out the ability of countries of the Global South to respond.

“So when the next crisis hits, there’s another call-out for humanitarian aid. Which is about making sure people don’t starve to death. It is not about fixing, strengthening and building resilience, about adapting to climate change.”

Set out in black and white, the challenge feels overwhelming. How can we change course?

“We’d urge the UK government to back a global green new deal,” Rehman concludes. “We need a new vision of the world, to tackle the climate crisis and inequality, by working within our planet’s limits. We can’t mine our way out of this crisis, keep consuming more and more.

“The only answer I see is a Marshall Plan for the world; a global green new deal that includes a just transition. The IPCC estimates we need US$1.5 trillion annually, to meet our climate goals. To deliver the UN’s sustainable-development goals with a just transition could cost US$2.4 trillion a year.

“The figures sound huge. They’re a drop in the ocean, in terms of global GDP. We need a bigger fixing of the world. But we need stronger climate pledges alongside. We have less than eight years of the carbon budget left and maybe a two-in-three chance of meeting that target.

“We need real-zero targets to 2030 to decarbonise fast.”