Ella’s Law – could the UK declare the right to clean air a human right? 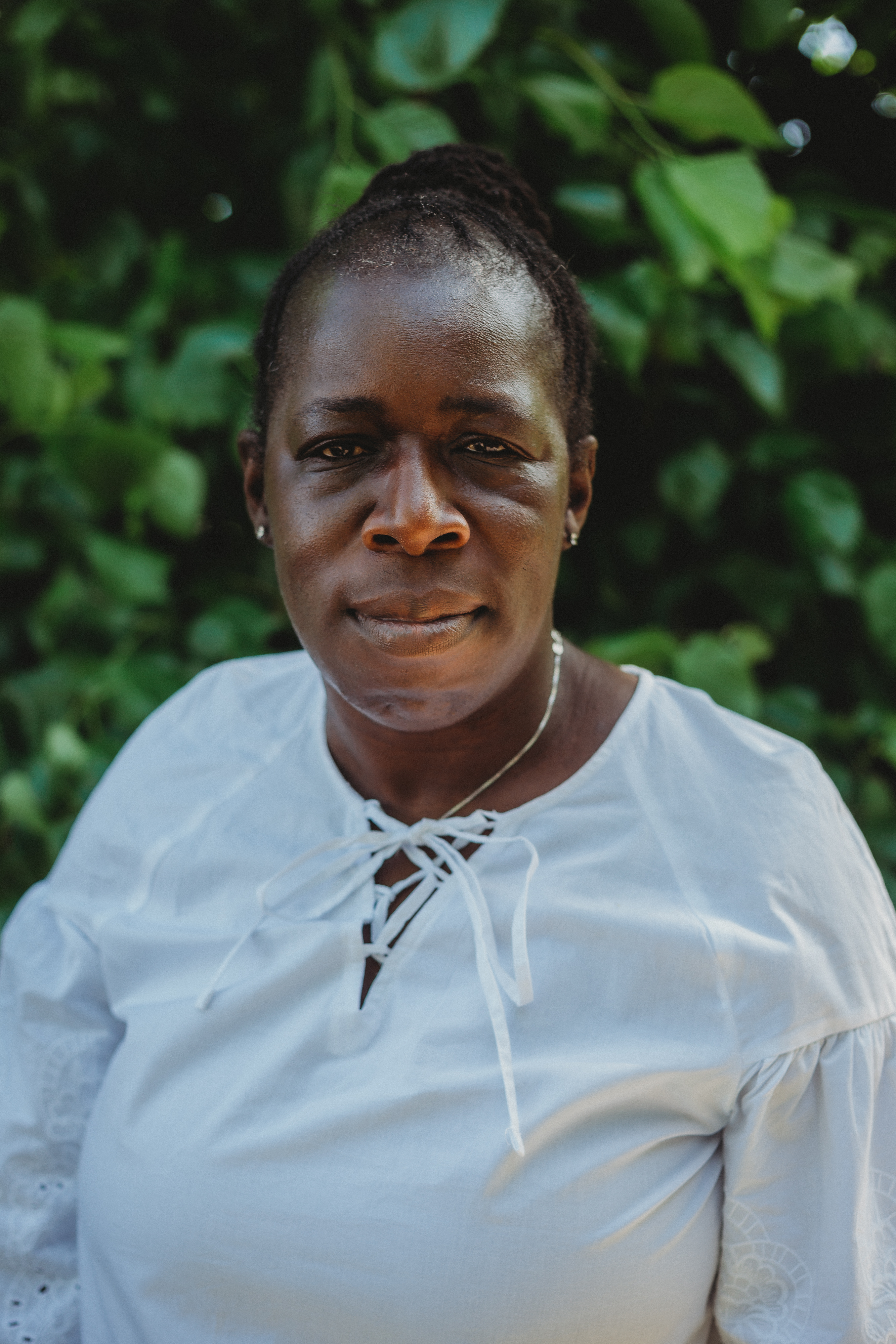 An inquest in December ruled that air pollution contributed to the worsening asthma attacks that killed London schoolgirl Ella Kissi-Debrah. Having campaigned for seven years for that verdict, her mother Rosamund is drafting a new law to force the authorities to clean up inner-city air. Karen Thomas reports

IT’S ONLY NOW, Rosamund Adoo-Kissi-Debrah says, that the impact of the coroner’s verdict in her favour – and its implications – have hit her. In December, Southwark Coroners Court ruled that air pollution contributed to the death in 2013 of Adoo-Kissi-Debrah’s daughter Ella, nine.

Adoo-Kissi-Debrah is talking on Zoom from her South London kitchen. Photos of her children smile down from the walls. The family lives metres from the South Circular, one of London’s most polluted streets.

When Ella died, her mother made staff at Great Ormond Street Hospital take extensive tissue samples. Despite this, the 2014 inquest did not consider whether spikes in air pollution triggered 27 asthma attacks that hospitalised Ella and finally killed her. It attributed Ella’s death to acute respiratory failure, perhaps triggered “by something in the air”.

And so Adoo-Kissi-Debrah campaigned for seven years to overturn those findings. In a landmark ruling before Christmas, the second inquest found that Ella died from “acute respiratory failure, asthma and air-pollution exposure”. The coroner also ruled that Ella’s family received no information about the health risks to children from air pollution.

It’s the first verdict anywhere that names air pollution a cause of death.

When we speak, eight weeks have passed since the ruling. The winter spike in Covid deaths in London has delayed the coroner’s report. Adoo-Kissi-Debrah feels relieved and exhausted. She is determined to fight on.

“The rest of my team has finished celebrating the result; I’m only now getting ready to start,” she says. “There were moments in the inquest, giving evidence about Ella’s last night, that were really, really hard.”

Once she has the coroner’s findings, Adoo-Kissi-Debrah will use his recommendations to draft Ella’s Law. No parent should experience what happened that dreadful night in February 2013 when Ella lost her fight to breathe, she says.

Ella’s Law would establish the right to clean air as a human right. The wording is still at draft stage. Adoo-Kissi-Debrah plans to include air-quality protections that are missing from the UK’s – again delayed – Environment Bill. That means committing the UK in law to meet World Health Organisation (WHO) air-quality standards.

“I want Ella’s Law to be as close to a Clean-Air Act as possible,” she says.

The wishlist includes better asthma-awareness training at medical school and for local weather reports to include particulate matter (PM) forecasts alongside pollen counts. Specialists understand the links between inner-city air pollution and worsening asthma and lung conditions, she says; we need family GPs and people who suffer from lung conditions to understand that, too.

The Environment first met Adoo-Kissi-Debrah in March 2019. Since then, our towns and cities – our patterns of work and travel – have transformed. The last year’s lockdowns have brought air pollution to people’s attention, she says, particularly during the first lockdown last spring.

Cities across the world reported cleaner air during that initial shutdown, with a measurable impact on public health, Adoo-Kissi-Debrah says.

“Official figures show that during the first lockdown, from March 4 to June 27 last year, not one child in the UK died from asthma”, she says. “Then, not long after lockdown eased, came the first report that another child had died”.

It would be wrong to link the large-scale return of traffic directly to that death, she says. “But we do have to wonder whether, as the economy started to return to normal again, there was a link.”

In October, London extends its ultra-low emissions zone to cover all districts inside the north and south circular motorways. Adoo-Kissi-Debrah welcomes this, but finds change too slow and authorities’ ambitions too limited.

The pandemic has widened social divisions, she believes. Those with cars have travelled. Many of those without – particularly the sick and elderly – have been trapped at home. Local authorities must offer more people better access to cleaner transport, she says.

But the pandemic also reconnected many of us with our neighbourhoods, our communities and nature. “Studies show that, apart from disabled people and for heavy deliveries, the general public is willing to walk up to two miles,” Adoo-Kissi-Debrah says.

So will the pandemic add political impetus to tackle air pollution? There is a growing body of evidence to show how air pollution threatens people of all ages. This spring Asthma UK and the British Lung Foundation looked at how air pollution affects older people.

The report found that more than half the over-65s in England – some six million people – are exposed to dangerous levels of particulate matter, under WHO guidelines. That includes a quarter of all care homes and a third of GP practices and hospitals in England.

Exposure to particulates worsens the risk of asthma and other chronic health problems. The charities have urged the UK government to cut the legal limit for PM2.5 to 10 micrograms, adding to the clamour for change.

But her ambitions don’t end here. Adoo-Kissi-Debrah is pressing the United Nations, as a WHO advocate, to declare children’s right to clean air a global human right.

Two years ago, Adoo-Kissi-Debrah stood as a Green Party parliamentary candidate to highlight her campaign. Her next campaigns demand whole new reserves of energy. How confident is she that Ella’s Law will succeed, that she can prevent many other families suffering her own losses?

For the first time, Adoo-Kissi-Debrah pauses for breath.

“Luck has played its part in all of this,” she says at last. “This year, the UK is to host COP26. And as I told George Eustice, people will be looking at us. That helps us.

“The UK will want to be seen as a leader in this. We have Joe Biden becoming president. We’ve had Covid-19. The timing helps. All of that helps us.

“It’s not going to be easy – but I feel I have more chance. The number of deaths from Covid alone tells me we that need to keep pushing forward – that we need to keep going.”

One way to tackle inner-city air pollution is to close streets and neighbourhoods to vehicles, to encourage families to walk and cycle. But nothing divides opinion in our towns and cities quite like a low-traffic neighbourhood, as the last year has shown in London

Last year’s first lockdown cut traffic and visibly eased air pollution in UK towns and cities. Many authorities used lockdown to accelerate LTNs. Westminster and the devolved governments offered more than £275 million in active and emergency travel funding. In the last year, at least 200 LTN-type schemes have been proposed across the UK.

London Assembly Green member Caroline Russell supports these measures: “Rolling LTNs out has been proven to protect people’s health during the pandemic.”

However, sources from Greenpeace to University of Westminster researcher Rachel Aldred disagree, arguing that data shows traffic displacement from LTNs to be temporary. Greenpeace says councils can adjust LTNs to tackle displaced pollution and rat-running.

Aldred urges local authorities to listen to residents’ concerns and investigate reports of knock-on effects to tailor LTNs to tackle any problems that emerge. Improvements are not immediate, she says; it takes time to wean local residents off cars and onto active travel.

But time is something people with breathing problems do not have, says campaigner Rosamund Adoo-Kissi-Debrah. “We urgently need better impact-assessment. It’s not good enough to say that air pollution levels will get better – that they’ll settle down in six months. People with chronic health conditions, as my daughter Ella had, cannot wait six months – they’ll be dead.

“A lot of professionals don’t realise how serious asthma can be. Most people who die from asthma attacks in this country are those diagnosed to have mild cases – because their condition isn’t taken seriously. One spike in air pollution, and they’re left gasping for breath.”

Smith remains unconvinced. Arterial roads have concentrations of low-income and BAME families, he says. “And the consequence is a kind of environmental racism. We need research to understand where that traffic will go and how to mitigate that. [Black people] need to be in the room when these decisions are made.”

Smith wants more school streets, a ban on idling and incentives to switch last-mile deliveries to cargo bikes. Technology could transform how we penalise polluters, he says; having traffic wardens detect, report and log idling vehicles, with cumulative penalties for repeat offenders, would be transformative.

Russell sees no evidence that LTNs push pollution from rich communities to poor. The problem is cities’ huge increase in traffic, she says, and sat-nav that redirects drivers to rat-run through residential streets, making whole communities unsafe to walk or cycle. Ultimately, only cutting vehicle numbers will improve air pollution and make inner-city streets safe, she says.

That may yet happen in London. Mayor Khan is lobbying to retain London’s share of national vehicle-excise duty. If Westminster refuses, he wants to charge drivers to enter the capital, with an additional levy for older dirtier vehicles.

“That would be quite radical,” Russell concludes. “In effect, that would create a London-wide ULEZ.”