Flooding and mental health: what are the long-term impacts? 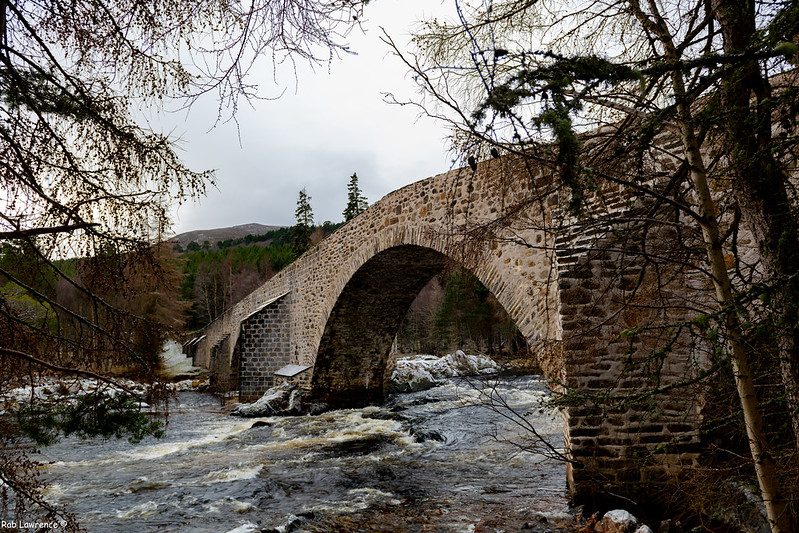 The first study into the longer-term impacts of flooding on families’ mental health makes urgent recommendations on how to better support communities after the event. Gillian Dowds, Mags Currie and Lorna Philip report

Widespread, severe flooding across the UK in winterled the Centre of Expertise for Waters (CREW) to commission researchers from the James Hutton Institute and the University of Aberdeen to look at the long-term impacts of flooding on communities and on individuals.

Over three years, the study for the Scottish government gained detailed insight into the experiences of people living in two flooded communities. No previous research has adopted a similar longitudinal, qualitative approach, or engaged with people in communities for such a long time after a flood.

The study analysed responses to an extensive household survey and annual interviews with householders and business owners and managers. It recommends ways for communities, statutory and voluntary agencies to enhance responses to flooding and deliver better support after a flood.

The two case-study communities are both in northeast Scotland. Ballater and its surrounds flooded severely, for the first time in living memory, in December 2015. Two localities in Garioch, Port Elphinstone and Kintore, have witnessed repeat flooding during the last 20 years, including in January 2016. 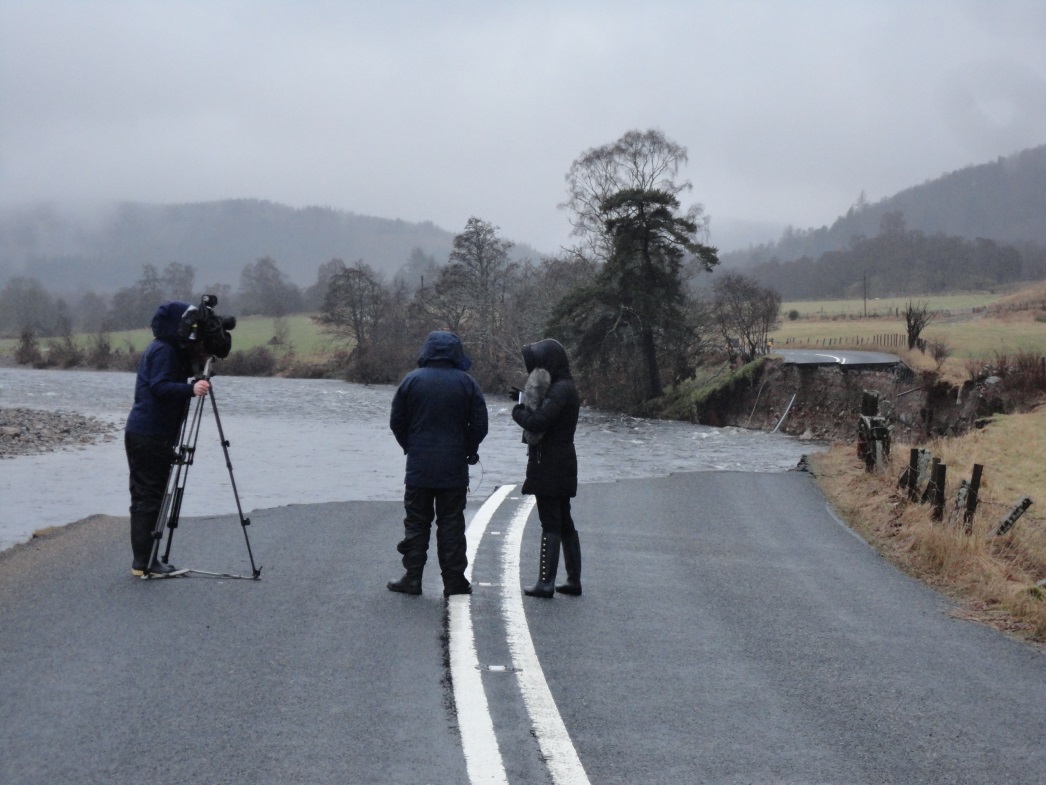 In Ballater, researchers completed 87 interviews with individuals and with couples over the three years of the study. They interviewed about half the participants twice and a quarter three times. Repeat interviews tracked the experiences of a diverse group of individuals and households.

This article focuses on a retired couple, whose names we’ve changed to Graham and Susan. Researchers interviewed Graham and Susan, together, three times; around 18 months, 30 months and 40 months after their home flooded on the morning of Wednesday 30th December 2015.

This revealed how complex, challenging and harrowing it can be to pick up your life after a severe flood. Both Graham and Susan felt the impacts long after they returned to their renovated home. Their story shows how many factors after the flood reshape the sense of what is normal.

Graham and Susan live in Ballater, a small town of 1,200 people on Royal Deeside, Aberdeenshire. Their home was one of 300 properties flooded by the River Dee on that December day.

In a few short hours, more than 4ft of water inundated the ground-floor and staircase of Graham and Susan’s home. Emergency rescue teams evacuated them. As with many of their neighbours, the water damaged their home so badly that they could not return for months.

Before the flood, Graham and Susan had lived in their semi-detached home for more than a decade. The extent of renovations forced the couple into temporary accommodation. Because most local rental properties are offered for short-term holiday lettings, the couple had to move repeatedly.

By the time they returned home, they had stayed in eight different places, packing and unpacking, living out of suitcases for more than a year. This turned out to be a common experience. Of 89 respondents to the Ballater household survey whose homes were flooded, two thirds had required post-flooding temporary accommodation for more than nine months.

Like many others displaced by the flood, Graham and Susan could not find temporary accommodation in Ballater, which has limited residential accommodation to let. Having to stay so far away from their home made it difficult to access support and assistance. Flood-support charities, financial and insurance advice, and donations of groceries and clothing were concentrated in locations around town.

Like others, they also found it distressing to visit their home from their temporary accommodation, and to see how the flood waters had damaged their house, furnishings and treasured personal possessions.

Returning home in early 2017, Graham and Susan found that poor-quality repairs had left the house in a hazardous state. It was so dangerous that when one of them suffered a serious injury, they had to move out again. It took a second round of renovations to enable them to move back for good.

As time passed, Graham and Susan noted feeling disorganised; sometimes they could not recall whether particular items had been destroyed during the flooding or were stored elsewhere.

They became aware of missing household goods, particularly those they did not use every day such as kitchen items and those linked to hobbies and livelihoods. Their house, which they had considered their home, felt stripped of its sense of belonging. Instead, they felt they were living in an unfamiliar environment, one that they felt was unsafe.

Graham and Susan were happy with their insurance provider’s service. But feedback from other study participants suggests the couple incurred repair and renovation costs that others had avoided. For example, they had faced large electricity bills having run dehumidifiers for months to dry out their home.

The couple also said that the trauma and stress from the flood and its protracted aftermath had exacerbated a pre-existing chronic illness for one and led the other to develop a new, serious health condition.

In the final interview held with the couple, which took place about three and a half years after their home was flooded, Graham and Susan spoke about persistent respiratory-related health issues they both had, conditions they identified as having started when they returned home following the renovations.

Graham and Susan’s experiences demonstrate how physical health can be compromised for years following a flood, ill health triggered by experiences directly linked to the flood event but also by its aftermath.

By the final interview, the couple’s flood-related repairs were considered complete, signed off by the insurer. However, Graham and Susan remained convinced that there were outstanding repairs directly associated with the flood damage. That belief engaged them in a long, complex dialogue with their insurer – interactions that became a constant reminder of being flooded.

During the final interview, the conversation revealed how the prospect of future flooding played on their minds. Graham and Susan had mixed feelings about moving away but were concerned that it would be hard to sell their property as potential purchasers would be reluctant to buy a property “vulnerable” to flooding.

The couple spoke of installing flood-resistance measures that might give them peace of mind. But they were uncertain which measures would be most effective. Feelings of uncertainty and of being unsettled pervaded this final engagement with the couple.

The impact of flooding remained a lingering pall over their lives.

LESSONS ON THE LONG-TERM IMPACTS OF FLOODING

Gathering these rich, informative accounts from individuals living in flooded communities, including Graham and Susan, has shaped our recommendations for people living in at-risk areas and the statutory, third-sector and community organisations working in flood-risk management and responsible for providing support and advice after a flood event.

Many participants urged households and businesses based in known flood-risk areas to take practical steps to prepare for future flooding. These include signing up to Floodline and developing a home/business premises emergency plan setting out how to respond to a serious flood warning. It’s also important for voluntary and statutory agencies and the media to disseminate information about flooding in different ways

Our participants worry that planning applications and subsequent approvals for new housing developments inadequately consider local risks of future flooding. They called for more consistent enforcement of planning conditions designed to alleviate flood risk and for more representation from resilience and flood-related groups in local planning processes and decision making.

Property owners need trusted, independent advice about finding the right property-level protection for their home or business. Residents and businesses in flood-risk areas should consider how and where they keep important documents and valuables and make provision for safe storage and retrieval of these items in the event of receiving a severe flood warning

4. Get the best from insurers

Participants stressed repeatedly the need for adequate flood insurance cover, to review policy conditions on every renewal and to call potential insurers for advice, rather than complete standard online application forms. The best way to secure the right cover is to talk through your specific circumstances. Participants also feel insurers should not expect private citizens to be knowledgeable about local flood-management plans and proposed local flood defences. A systematic method of accounting for installing property-level protection measures could be used in the calculation of insurance premiums. They also called for enhanced monitoring of the quality of renovation and repair work that insurers have commissioned.

Individuals respond to traumatic events in different ways, however, respondents called for more opportunities for members of flooded communities to share experiences and for better access to information about organisations that can help and support those left struggling after a flood. This also means following up with reminders in the months afterwards, to promote opportunities for help and support at various stages of recovery.

Participants identified a need to publicise local resilience groups’ activities and to circulate more widely information about flood-risk management plans, including proposed flood defences in communities affected by flooding. Maintaining effective, multiple modes of communication between communities and agencies is crucial – before, during and after a flood.

Gillian Dowds is a post-doctoral research fellow and Lorna Philip is senior lecturer in the Department of Geography and Environment at the University of Aberdeen. Mags Currie is a senior social scientist specialising in health and wellbeing in the Social, Economic and Geographical Sciences department at the James Hutton Institute.