He quit as chair of an industry lobby in a row over blue hydrogen’s subsidy bids, because UK net-zero deadlines only strengthen the case to push ahead with green hydrogen now, Chris Jackson tells Karen Thomas 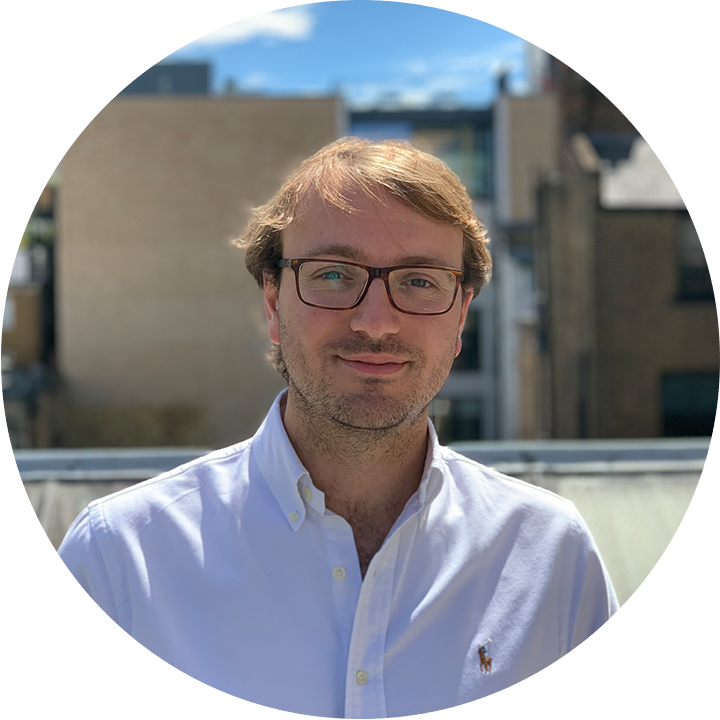 Governments around the world are pinning their hopes on hydrogen to support their net-zero targets. It is emerging as the preferred solution to decarbonise long-distance transport, from shipping to next-generation aircraft. But when it comes to hydrogen supporting countries’ net-zero targets, not all sources are equal.

Blue hydrogen comes from fossil fuel-derived natural gas, mixed with hot steam and a catalyst to create a chemical reaction that produces hydrogen and carbon monoxide that will need to be captured and stored.

Green hydrogen is produced by splitting water into hydrogen and oxygen using renewable energy from solar or wind to power the process, emission-free. Turning surplus renewables into hydrogen is the perfect way to store this energy for when supply falls.

The UK government plans to ramp up hydrogen production to meet its 2050 net-zero targets. BEIS’ hydrogen strategy, published last summer, vowed to ramp up capacity to meet between a fifth and 35 per cent of UK energy use from hydrogen by 2050. To get there, BEIS plans a two-pronged hydrogen strategy that gives equal weight to green and blue hydrogen.

That decision has divided opinion. A transition from natural gas-based energy to blue hydrogen maintains UK dependence on fossil-fuel firms, now lobbying government for billions in renewables subsidies. Critics accuse the fossil-fuel firms of talking up the costs of making blue hydrogen to land a bigger cut.

One such critic is Chris Jackson. This time last year, he chaired industry lobby the UK Hydrogen and Fuel Cell Association. UKHFCA supports the government’s blue-green hydrogen strategy and is agnostic about the origin of that gas. Jackson quit last autumn, feeling he could not defend that position.

BEIS aims to deliver 10GW from hydrogen by 2030, “of which at least 5GW should be green”, Jackson tells The Environment. “It’s how the UK government interprets green that is open to debate.”

Campaigners have pressed government to hydrogen more clearly, to spell out how it is sourced and so the carbon footprint it creates. “Government preferred not to do that – it decided to label hydrogen instead by its carbon-intensity, to create the low-carbon hydrogen standard.”

And that, Jackson says, makes the origin of hydrogen a whole lot less transparent.

“Say I take biogas from a landfill site or waste-water treatment facility and separate it into hydrogen and carbon; you could argue that doing that is as green as taking renewable electricity from solar or a windfarm and using that to split water into hydrogen.

“You could argue that using that carbon dioxide is better for the environment; that it even has a net-negative carbon impact – if you sequester that carbon dioxide. But how does government measure which is greener; taking half your power from the grid, versus capturing all of the carbon using process-type technology?

“Some wastewater-treatment sites run on a hybrid of natural gas and biogas. If you take gas from those systems and split it into hydrogen and carbon dioxide, it’s not 100 per cent green. But how do you account for it? Government’s bid to create a standardised framework might be good for the industry from a technical-accounting perspective. It’s incredibly confusing for end customers.”

Jackson resigned from UKHFCA. He now heads Protium, the green-hydrogen solutions provider he launched to advise private firms how to decarbonise. Protium develops, owns and operates renewables and green-hydrogen infrastructure and manages the full value chain. The hydrogen comes only from surplus solar and wind power. “Which is a very clear message.”

That clarity is vital to scale up green hydrogen, he argues. Most of us buy in to new things, not when others declare them to be good for us, but when we believe they offer us direct benefits.

“It’s why Protium focuses on consumer-facing industries,” Jackson says. “The message becomes so much easier when you explain that you can brew your beer the way you grow your food – using our wind and our water. We say, why not also use that energy to make the bottles and transport the finished product? It avoids ambiguity.”

The UK is a long way away from its 10GW 2030 hydrogen targets. Today, the grid consumes some 90GW a year, including around 31GW from fossil-fuel reliant combined-cycle gas turbines. Government aims to produce an additional 40TWh from offshore wind – rising to 75TWh including onshore wind.

The UK also produces some 700,000 tonnes a year of grey hydrogen, a by-product of industries – oil refining, chemical production – that make their own chlorine. That surplus hydrogen creates an opportunity to decarbonise these businesses’ energy sources – something the HyNet project is exploring in northwest England.

“New technologies always attract scepticism – whether that’s safety related, or nimbyism, or a general aversion to new infrastructure,” Jackson says. “But it’s also the question, is it really better? Especially when public money will be used to fund it.

“So the question for UK government is, can you tell people you’re investing in renewable-energy assets; in equipment made in the UK, which pioneered this technology, that is clearly 100 per cent zero carbon?

“Or do we want a fuel-import strategy to continue to rely on natural gas imported from overseas, paying a premium to convert that gas into fuel where some emissions are captured but some might not be – and with government underwriting that infrastructure at every step?”

The UK’s green-hydrogen pipeline comprises around 120 production projects that range in size from 2MW-5MW to more than 100MW, most of the latter linked to large, offshore wind projects. The UK must urgently expand its renewables to scale up green hydrogen, Jackson says.

It takes four years to bring the average solar project to market; around seven for onshore wind and up to 13, from planning to first production, for offshore wind.

Given the urgency of the 2030 and 2050 targets, Jackson is urging government to tap green hydrogen now rather than phase it in, using blue hydrogen to cushion the transition. The UK’s lack of direction with large-scale carbon capture and storage only strengthens the case, he says.

“I have yet to see a single project whose economics, based on the price of carbon, can justify natural gas being more competitive than renewable power as a feedstock for producing low-carbon hydrogen, come 2030-2040.”

It’s what BNP Paribas, the International Renewable Energy Agency and the International Energy Agency have concluded, Jackson says. “That the economics don’t make sense. That you’re almost better off – for want of better phrasing – to continue to use natural gas. Then use that as a stick to beat users to switch to something cleaner and greener.”

Far better, he argues, to develop home-grown renewables and to invest now in ramping up new wind, wave and solar power project, to link up areas with surplus energy to those with a deficit.

England would benefit from closer energy ties to Scotland and to Ireland, which both have ambitious plans to scale up wind and marine energy. Storing surplus for times of need will be critical. Which is where converting surplus energy into green hydrogen comes into its own.

The more you think about the energy transition – its scale, its costs, its technical challenges – the more overwhelming it all becomes from a bystander’s point of view. It’s a leap that demands big-picture thinking, of the kind that sits uneasily with quarterly board reports and five-year cycles of government.

Jackson describes himself as a history buff. And historically it’s business and society that have pushed these transitions, he says. “When individuals see a clear, improved user experience. This might seem counterintuitive, but these changes are rarely driven by cost, safety or reliability.

“Electric lighting was far less reliable, far more expensive than gas lighting. But the quality of light was consistent, so people saw it as a premium product. With no flickering and no smell, people could work longer hours. Electric light came to symbolise modernity. Those seeking to associate themselves with modernity made that investment.

“Initial uptake of green hydrogen will come from players seeking to go zero-carbon – who see that it also allows them to deploy vehicles that are quiet, zero emission and can cover vast distances and will improve local air quality.

“Industrial users will store or use hydrogen according to when the grid is expensive or cheap. That introduces flexibility. I see a tranche of first movers that will build their own, dedicated green hydrogen and renewable infrastructure. Over time, these distributed sites will link up into networks.

“And once the initial infrastructure is built, the cost of adding others is quite low – that’s something we’ve seen with district heat networks in Europe.

“That’s where something like National Grid’s Project Union becomes exciting – when five or six years on, we can start to plug huge amounts of offshore wind into green-hydrogen production plants on the UK coast, so that you don’t need to distribute transmission across the UK, which is politically toxic, involves lengthy permitting and costs a fortune.”

Protium is working with some big names in food and beverages. It is helping Budweiser to decarbonise its brewery at Magor in South Wales from 2024, building the first large-scale hydrogen-generation system for a brewery and decarbonising delivery trucks and yard equipment. The partners say the project will cut 15,500 tonnes of emissions a year from 2027.

Magor has both wind turbines and solar panels. It will make and store green hydrogen at the hydrogen-production facility that Protium is building next door. The contract includes a hydrogen-purchase agreement – creating a commercial platform for the hydrogen economy, based on long-term, zero emissions offtake agreements.

Meat-free food producer Quorn is another Protium client. It wants to introduce dual-fuel boilers to its Billingham plant in the northeast.

And Scotland’s Bruichladdich whisky distiller is using its £2.65 million winnings from BEIS’ green distilleries competition to switch from oil-based to hydrogen-combustion energy. Bruichladdich, a B Corp, aims to take HyLaddie live in 2025. The water will be recycled.

Green hydrogen will need a mix of renewables to scale up; wind, wave, tide, ground and air-source heat, Jackson concludes. “If we’re serious, the technologies are there. They are available. We could be talking tens of gigawatts by 2040. Without them, the UK will struggle – using only offshore wind – to get to net zero…

“But I’m not convinced that this will be driven by government. What matters is once the public and businesses see there is no alternative. Once you have business like AstraZeneca, Coca-Coal, Budweiser or Ikea saying they want to get to net zero by 2030 or 2040, they’re going to have to move faster than the grid.

“They have no alternative – they can’t wait for the gas grid to decarbonise or for government to build new infrastructure. Businesses must drive that transition.”