Inuk climate activist Anu Boucher is campaigning to preserve the Inuit way of life, as communities in the Canadian Arctic face a growing threat from the climate and ecological emergency

“We, along with most other indigenous people around the world, will be the first to see and experience the climate changing” – that’s what Anu Boucher thinks, when she considers how the global climate and ecological emergency is affecting the ancestral lands and ancient culture she knows and loves.

Boucher, 26, is of Inuit and French-Canadian descent, born and raised in the Inuit hamlet of Rankin Inlet, Nunavut, Canada’s most northerly territory. Since graduating, she works with Nunavut Parks, teaching Inuit and non-Inuit traditional skills and knowledge and working to document and preserve local culture. 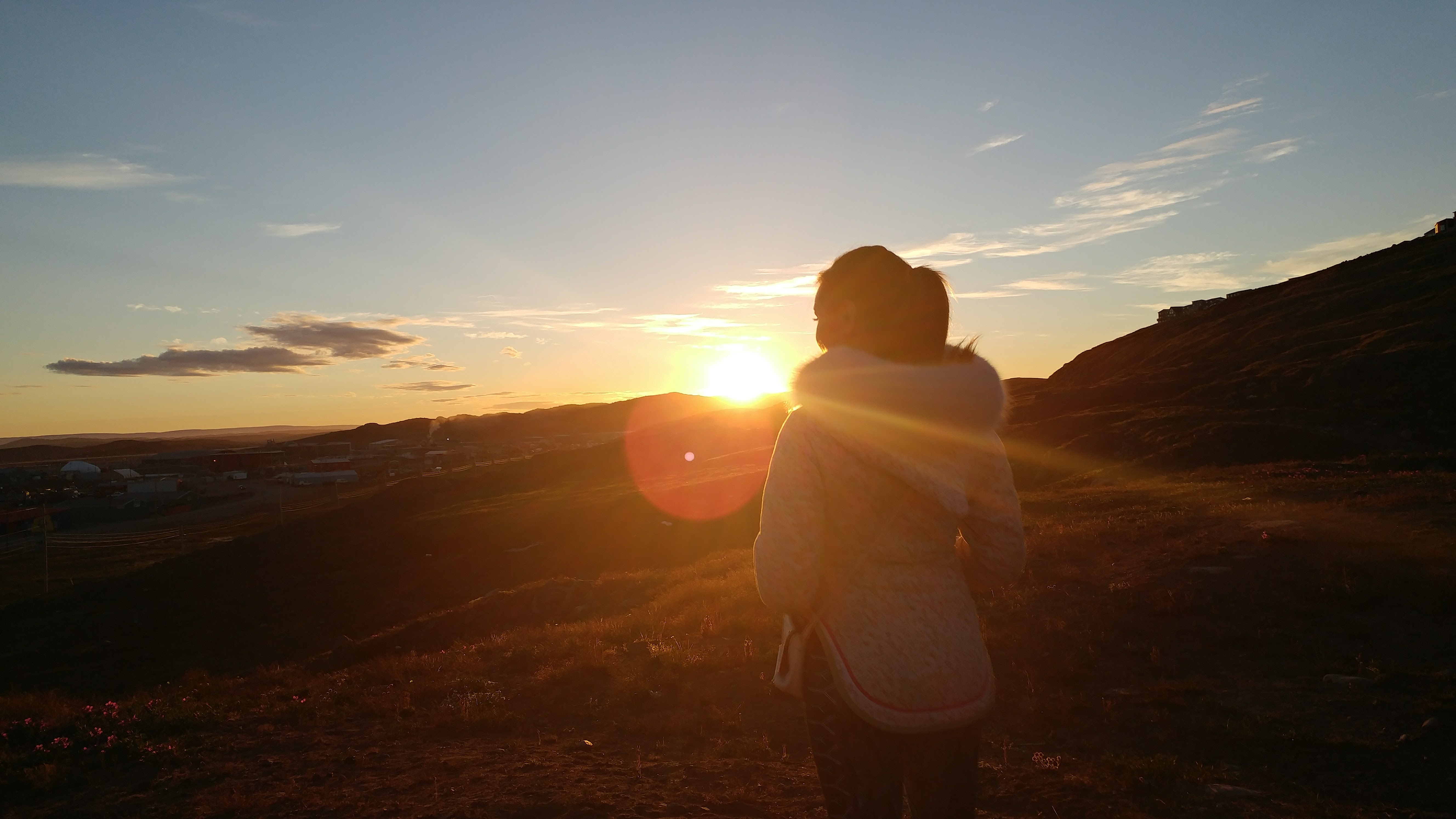 Canada’s Inuit peoples are “canaries in a coalmine” when it comes to climate change, Boucher says. “The climate and ecological emergency has the power to disrupt the society, and way of life, of every single community on the globe. But Inuit are further down the line.”

Boucher learned Inuit customs and traditions; hunting, berry picking and stitching outerwear from skins and furs. In her teens, she made her first hunting trips, seeing for herself how climate change is reshaping the Arctic environment.

“Inuit depend on the environment for our very survival,” Boucher explains. “Hunting is a very important part of our culture; it’s how we have survived in our landscape for thousands of years. We hunt and fish for caribou, seal, char, narwhal, beluga and bowhead.”

Hunting – especially whaling – is hotly contested in environmental circles. Boucher defends the practice in the context of Inuit culture, a culture that has taken care to conserve the flora and fauna it needs to survive.

“When I began hunting I realised the importance of preserving animal populations,” she says. “Inuit have always relied on wildlife, to have become comfortable in our freezing climate. Those two things helped to shape our entire culture.”

Hunts are regulated, Boucher says. The Inuit do everything they can to safeguard population numbers for the fish, birds and mammals they have hunted for thousands of years. It was the start of commercial-scale whaling by industrialised countries that drove critical species such as the northern right whale to near extinction.

Inuit hunt only what they need. That means putting every part of the animal to good use; meat for food, furs and skins for clothing and bedding, burning the fat in oil lamps, using even the bones to make tools and to build homes.

Her teenage hunting trips also made Boucher aware of how fragile our environment is, inspiring her to choose environmental technology and Inuit studies at college. Her mission now is to preserve Inuit culture and traditions, “for future generations”.

For many people in western society, it may sound contradictory to want to preserve wildlife to hunt it. Boucher sees no moral distinction between indigenous hunting and western-style, mass-market meat production – and the former treads more gently on the planet than the latter, she points out.

Crop farming is impossible in the Canadian Arctic, and imported fresh fruit and vegetables can be prohibitively expensive, despite advances in storage and transportation.

The local price for a bottle of milk is C$14 (£8.00). A stalk of broccoli costs around C$10 (£5.70) – and Inuit communities are not wealthy. “I think it would be impossible for anyone to be a vegetarian where I live,” Boucher says.

The high cost of living ensures that hunting and whaling remain critical to Inuit culture, and continue to feed Inuit communities.

So does Boucher consider herself a climate activist? “As someone who grew up in the cold, whose culture revolves around the cold, yes; it's something very personal to me,” she says.

The reasons for taking that stand are all around her when she returns to Rankin Inlet. “The most noticeable changes can be seen in the summer, from exposed and melting permafrost, erosion along the riversides, and the change of prevailing winds, which make our summers cooler and more humid,” she says.

“Seasonal sea ice has become more unpredictable, making it more dangerous for our hunters. All of these changes have been observed over my lifetime.”

Inuit hunt over a wide area, travelling large distances to find sustenance. But the thinning of sea ice is drastically reducing the season in which it’s safe for hunters to walk or drive across these areas and making it harder and more dangerous to hunt. Boucher’s family in Rankin Inlet talk of friends and neighbours who go out hunting and don’t come home, having fallen through sea ice and died.

Global heating is affecting local wildlife, too. “Orcas used to be a rare sight in our waters but the disruption of their natural territories means we are seeing them driven towards our waters,” Boucher says. “They are devastating the populations of beluga whales and narwhal, particularly during calving season”.

Another challenge comes from the expanding North West Passage. This shipping route between the Atlantic and Pacific oceans sits on Boucher’s community’s the doorstep. Ships could not transit the passage without an icebreaker escort until 2007. Now, thinner sea ice due to global heating is opening the passage to ever more commercial shipping.

Every year sets new records for the biggest vessel passing through. Shippers are drawn to the route, as the deeper waters of the Arctic support more heavily laden vessels than the shallower Panama Canal. And for shippers in China, northern Asia and North America, an Arctic transit knocks thousands of miles off the journey, speeding up return times and cutting fuel costs.

“The expansion of the North West Passage will have a serious, detrimental impact on our way of life,” she warns.

So how can the Inuit protect themselves – and how can the international community support this? We still have time to avert a climate catastrophe, Boucher says. But to do that, world governments need to work harder and faster to limit climate change – proposals on the table do too little to protect the Arctic, its people and its native species.

The Paris Agreement, to limit temperature increases to within 1.5°C of pre-industrial temperatures, is a stretch target, she points out. But that target translates to warming levels of more than 4°C in the Arctic – and some climate models expect winter temperatures to rise by more than 11°C by the end of the century. Rising temperatures on that scale would wipe out the Inuit way of life.

“We need more advocacy and allyship for our territory, and for the Inuit,” Boucher concludes. “I wish for the rest of the world to see us, to hear our stories and to try to understand our livelihood depends on our frozen environment.

“Inuit culture is completely dependent on the natural environment. We rely on wildlife to live and can give these animals a voice through environmental advocacy. Arctic animals cannot speak for themselves; we must speak for them.”

Read more articles from The Environment

If you are working towards Chartership, then you’re in very good company. Read our top tips from an professional registration interviewer to help you get prepared for your PRI.

CIWEM talks COP26: Matthieu Guesné, founder and chief executive​ Lhyfe ​answers our common question: ​what do you most want COP26 to deliver?​

OUT NOW: THE ENVIRONMENT, OCTOBER ISSUE

Our Youth Takeover is packed with inspiring voices from the next generation of climate change activists and influencers.