‘I don't do optimisim; I do hope’ – An interview with Tim Smit

He's the songwriter turned conservationist, founder of Cornwall’s Eden Project, restorer of the Lost Gardens of Heligan. And now Sir Tim Smit plans an Eden Project on every continent to respond to the climate emergency. Karen Thomas caught up with him at COP26 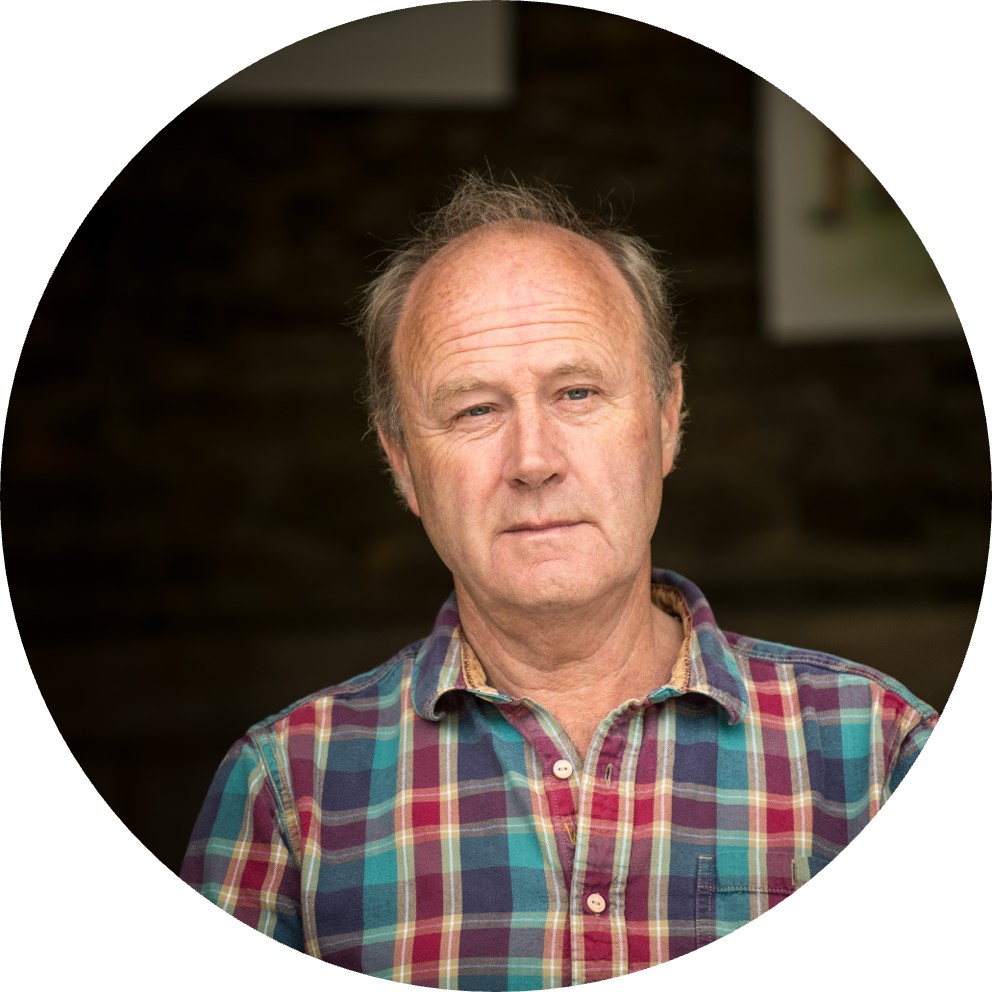 Tim Smit is buzzing. If you’ve met the Cornwall-based baron of biomes, fizzing with energy would seem his default setting. But when we meet Smit is fresh from signing a deal to build the Eden Project’s first Latin America biome. It’s quite the coup.

Eden Project International will work with the government of Colombia and the Humboldt Institute to study prospects for a biome in Meta, a central grassland region beneath the Andes. The deal advances Smit’ ambition to build an Eden Project on every continent.

Launched in 2017, Eden Project International (EPIL) aims to build new edens beyond Cornwall, from Colombia to New Zealand. Eden Cornwall is the west country’s most visited tourist attraction, drawing more than a million visitors in 2019.

In going global, the Eden Project aims to “demonstrate that radical transformation can become a reality through the power of determination, collaboration and imagination”. As an educational charity, it wants to engage people across the world, to explore the natural world and consider what a greener future might look like.

And why Colombia? “It’s got the richest biodiversity of any country on Earth,” Smit says. “We like Colombia, as a country and as a people. Big projects – good, big projects – are only successful if people like each other. The memorandum of understanding gives us the contract for the feasibility study – so we’ve agreed to like each other.”

It’s classic Smit; an eye for business, an ear for quirk. 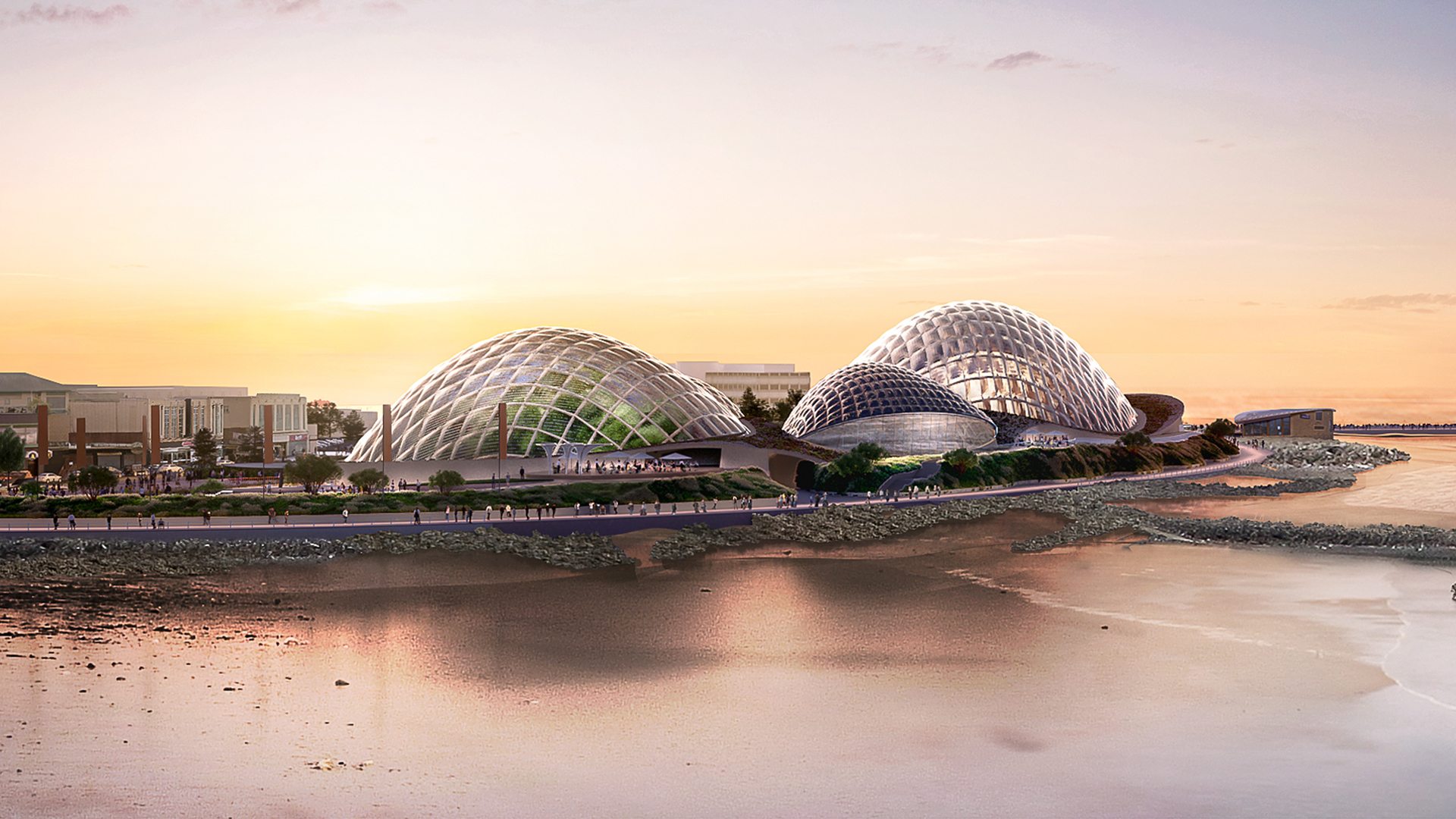 The Environment set out to interview Smit having heard him speak last summer, addressing a Zoom seminar on climate change. Smit cut through the gloom and doom, making a passionate case for a green enlightenment that reframes the climate and nature crises as opportunities to change for better.

But what does that green enlightenment look like; how do we get there?

It starts with rethinking everything we do, Smit says. And that includes how we treat and manage our land and water. “The way we manage the water cycle is every bit as important as, if not more important than, climate change. Climate change is the ultimate symptom of the breakdown of the water cycle, biodiversity loss, and so on.”

It means rethinking everything we take for granted, he says. Take clean meat; processing plant-based proteins to make vegan products is the food-industry success of our times. It’s a £1.8 billion market that will double, Smit says, with China entering the market.

Market demand for processed vegan foods will shift investment out of livestock farming, which will drive down the price of these foods too, he says. That’s what a green enlightenment can deliver: tackling climate change creates planet-friendly opportunities for business.

Many UK business leaders struggle to grasp the climate impacts we face, and how far their companies must adapt and change. Not Smit.

“The future that I see coming towards us is extreme,” he says. “Extreme, because it will transform the way we eat, the way we provide energy, the way we transport ourselves, the medicines we use.

“All these things I've seen with my own eyes. Trouble is, most people still live the way they lived in in the early 2000s… To survive, we need to bring our carbon down.” 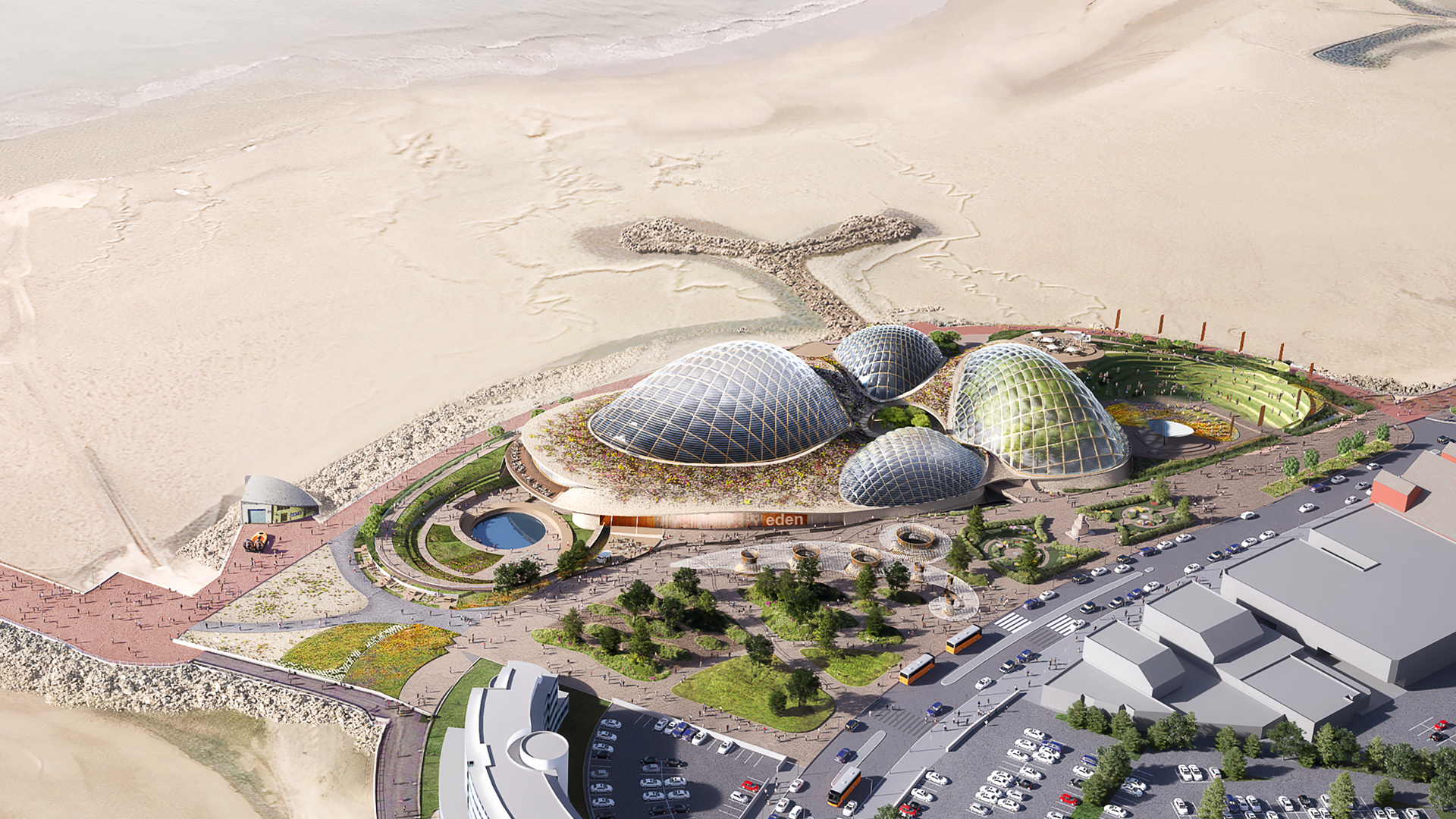 Smit lives and breathes ideas – our interview swerves from fermentation to make vegan ‘dairy’ products to stranded transport assets and from the shortcomings of tertiary education to the wonders of mushroom-based textiles.

He and his daughter-in-law – “she’s the climate envoy for The Maldives” – had COP26 drinks with designer Stella McCartney, who introduced them to Mylo, fabric made from fungi’s mycelium threads.

The Eden Project’s contribution to new technologies is exploring renewables. Eden Cornwall has landed £17 million in grants to explore geothermal heat. A three-mile borehole is being drilled. If the test phase succeeds, a geothermal plant will tap underground steam to heat the Eden Project and local homes and businesses.

Geothermal energy, tapped since paleolithic times, supplies nearly quarter of Iceland’s electricity. It’s a source of renewable power from the US to China.

Eden Geothermal has completed the studies and hopes to extract heat this year, installing the heat main by June. This will supply the Eden Project. If that goes well, Eden Geothermal plans a second well and a combined heat and power plant.

Smit sees the project as a tourist attraction, as a way to meet Eden Cornwall’s renewables targets and as a pillar for the region’s wider renewables ambitions, one of half a dozen geothermal projects in test phase. He has similar ambitions for EPIL’s Dundee site.

“Geothermal energy is the holy grail,” he says. “It’s a baseload: when the wind don’t blow and the sun don’t shine, we can all still have energy. It means Britain could be energy-independent by 2030, if it wanted to be.

“The question has to be, why doesn’t it want to be? And if the answer is, I'm not sure we could afford it, I say ask all the unborn children and grandchildren and great-grandchildren whether they permit us to borrow from their future?” 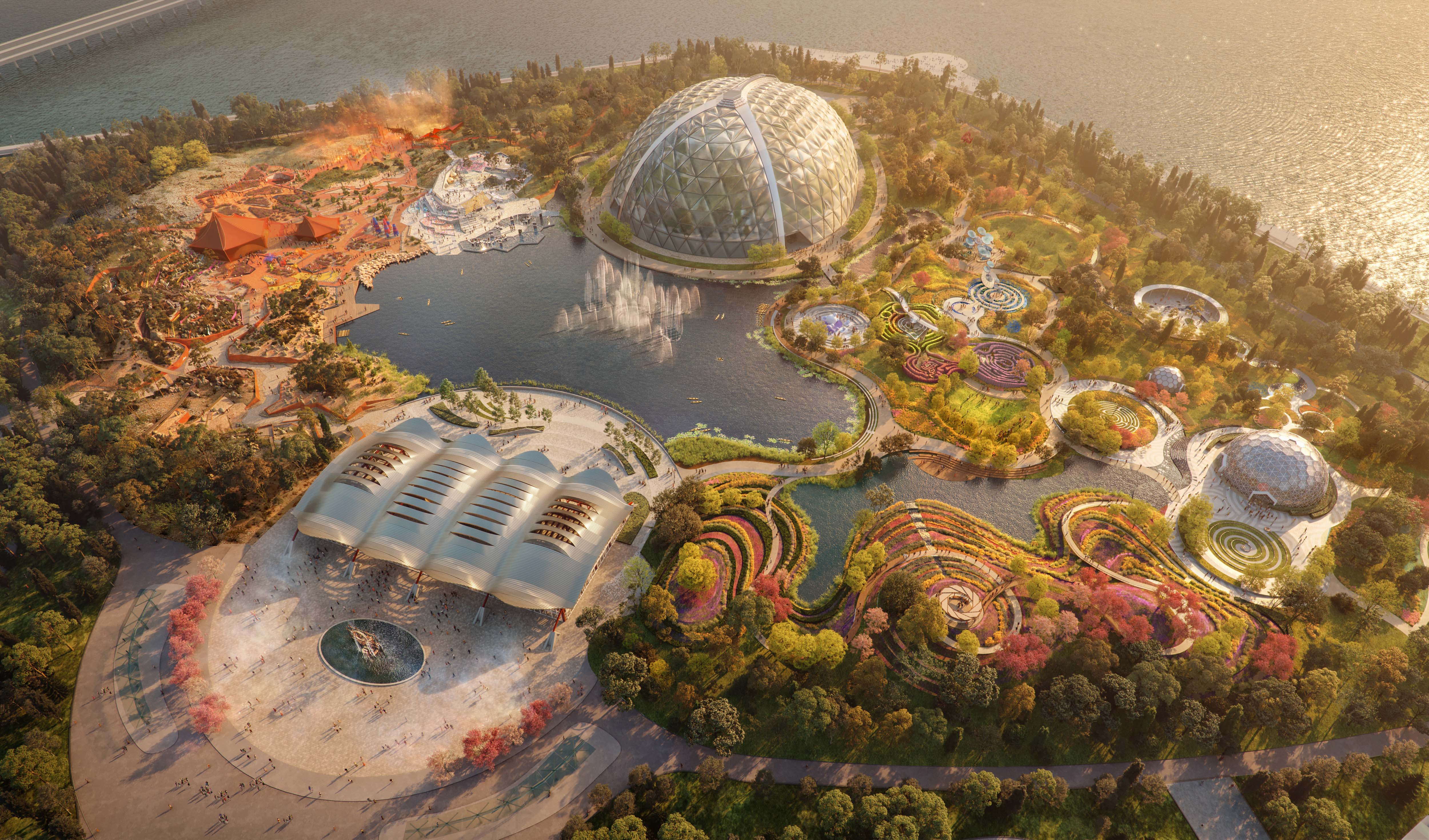 Who wouldn’t want to be a good custodian? But what Smit describes boils down to systems change. Our consumer-driven lifestyles tread heavy on our planet. Is it leadership that’s lacking?

Smit snorts. “Not a single new thought has come out of government in 20 years,” he says. “The systems change you talk about lies in that very word. We do not teach our children systems, when that’s the only important thing.

“How is it possible we don’t teach children to grow stuff, how to cook and how their bodies work? Shouldn’t these be the first three things we learn? If you understand your body, how to cook how and to grow things, you control your life.”

Smit is a Times education commissioner. It’s a theme he warms to. Education exists purely to get young people through university, he says; to specialise, to pass exams and to come out the other side waving a degree certificate.

“A green enlightenment would teach system thought. It would get rid of many of these silos. Universities are manifestly not giving children an education. Students come out of university having learned to specialise.

“Most have no general knowledge of the world. They think their university education has finished them off. But they can’t name the capital of Bolivia or make pasta.”

The most important thing we lack – and it’s yet another a systems failure, Smit says – is education and training to fit the jobs of the future.

Neither businesses nor students grasp what skills they will need, he says. “When I talk to youngsters about their careers, they assume almost everything will be taken by AI. When what will move over to AI is the industries that feel most smug about their future.”

Journalism? Smit roars with laughter. “Accountancy! Look at agriculture; within 15-20 years, nation states will not be the same. We won’t have a government with a Boris Johnson at the head of it. We will all be federated.”

As in a United States of Europe? As in hyper-local structures, he says. “So Cornwall will be independent, and Dorset, and so on. We’ll have realised that we can turn our farms into co-operatives, that deliver food to our doors. For too long, British farming has been dominated by big agriculture, by the enslavement of too few crops.

“The Lost Gardens of Heligan has the country’s biggest collections of heritage vegetables. Hardly any crops used by big agriculture can survive without fossil-fuel inputs. The term heritage crop was invented not by archaeologists or historians but by big agriculture, to imply something curious and of the past.”

To bump up prices at the farmer’s market? “No – the opposite. To reject a crop as something for hobbyists; something that’s not serious.

“Our future depends on traditional crops, that do not need fossil fuels – and that in turn is going to lead to an enormous increase in jobs; for ecologists, to manage domesticated rewilding to encourage biodiversity to return. To manage soil for carbon sequestration. To develop fermentation technologies and drive the clean-meat revolution.

“We’re talking about a whole new world of employment. This is some big stuff.”

This is textbook Tim Smit big-picture thinking. Is he optimistic that this brave new world will come to pass?

“I don’t do optimism; I do hope,” he says. “Optimism is fluffy. Hope is based on knowledge of what you want to have.

“The world will not be changed by people inside COP. The world will be changed by growing consensus in the world of business about what moral behaviour is. Over the last three to five years, what the people who run companies around the world have learned is that ‘they’ is dead. There is no they. Just us.”

As a business leader, he’s well-placed to lead by example. At home and overseas, The Eden Project has the profile and power to address these challenges; to drive the change he wants to see. How will it help to drive that change?

The Eden projects, new and old, demonstrate that another world is possible, Smit says. “We're fed up with everybody thinking we're successful because we've had 22 million visitors,” he concludes. “We’re not a theme park and we're not a corner shop. We want to be a provocation – a gentle propagation that is not political, to show new ways to live in harmony with our natural world.

Costa Rica: Restoring a biological corridor of dry tropical forest with communities on the Nicoya Peninsula

Chad: working with University of N’Djamena and Unesco to restore Lake Chad

Australia: turning a derelict coal mine into Eden Project Anglesea