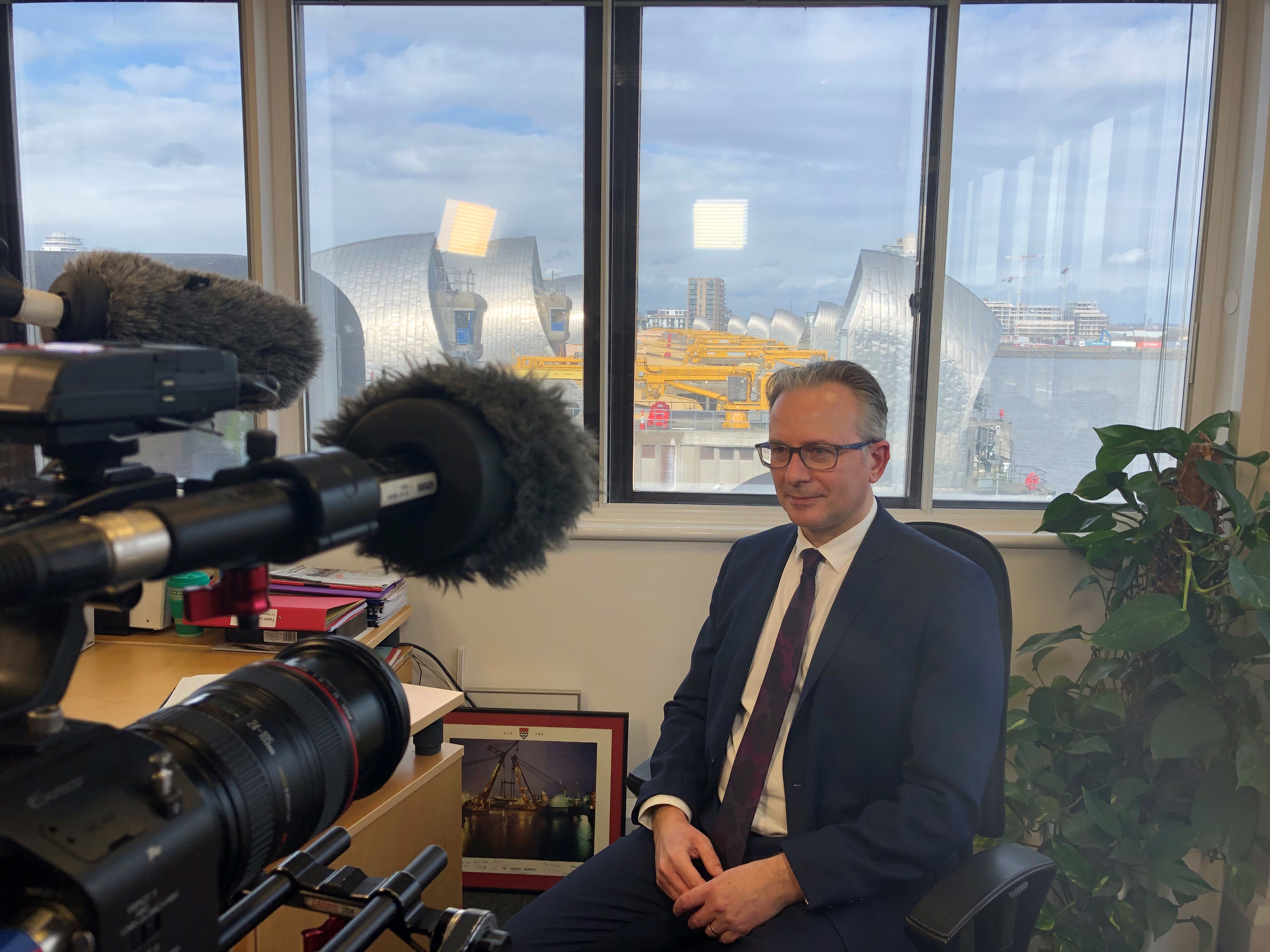 SITTING AT HIS desk in the Midlands, John Curtin holds a small bamboo stake up to the camera. It’s about the size and texture of a tibia, with a rough, fractured end. The Environment Agency executive director of flood and coastal erosion risk management (FCERM) brought it back from touring Japan’s flood schemes and coastal defences two years ago.

Bamboo is a construction material in Japan. The stick is from a Fukushima school, destroyed in March 2011 by the tsunami that engulfed the northeast coast. Entire villages were lost. All the school’s children died.

Local officials gave Curtin the bamboo stake for luck. But it’s a dark reminder how high the stakes are – why we must get FCERM right.

Speaking to The Environment on his fifth anniversary leading the agency’s FCERM teams – a week after joining CIWEM as a trustee – Curtin is in a reflective mood. There is much to ponder. This year England delivered its new FCERM policy and strategy, pledging a longer-term approach to adapting to and mitigating the effects of climate change.

“It was immediately clear that we needed to do something radically different to respond to flood risk,” he recalls. “We understood climate change – but not the pace at which we were feeling its effects. So the agency was responding to events but not tackling what is to come.”

The 2011 FCERM strategy set out who does what to respond to storms and floods. It did little to engage the many stakeholders in FCERM. The 2020 strategy engaged with 90-odd organisations, from local authorities to landowners, and flood forums to farmers.

The strategy’s longer-term approach will help to tackle this, Curtin says. It supports longer-term approaches, looking to a 2100 horizon “to support now and future steps” in FCERM. It reaffirms the agency’s commitment to catchment-based work. And it foregrounds climate-change mitigation – the aspiration to reach net-zero emissions, whether switching to greener energy sources or developing new industries to create planet-friendlier jobs.

“It’s never either/or between adaptation and mitigation,” Curtin says. “If we produced not one more gram of carbon, we’d still need to adapt to climate change. The environment has always been dynamic; sometimes we forget that. The question is how we turn our need to regenerate and adapt into positive stories that are also green-economy stories.”

"“We understood climate change – but not the pace at which we were feeling its effects. So the agency was responding to events but not tackling what is to come””

The last five years have brought wetter, stormier winters and summer heatwaves to the UK. In that time, Curtin has worked with five secretaries of state. Add in Brexit and the Covid-19 crisis, and the FCERM brief has been challenging on so many levels.

Looming over all of it is last year’s warning from the Intergovernmental Panel on Climate Change (IPCC) report on the cryosphere – that we can expect storms so violent that we saw them once a century to become an annual event by 2050 “under all climate scenarios”.

Which is scary, Curtin says. “Because 2050 is not that far away. Which means we absolutely need to adapt and mitigate at the same time – and we need to tell a positive story about adaptation.”

Which begs the question, are we doing enough?

Curtin praises the government’s £5.2 capital programme, doubling both the capital available to tackle flooding and the number of nature-based projects.

Other speakers at Flood and Coast this year urged the government to create an adaptation fund to support flood-hit communities. The government’s £200 million innovation and resilience fund should help to address that, Curtin says.

“The Environment Agency will help to administer the fund – and it’s an opportunity to try out different approaches. No, we don’t have access today to the billions of pounds that we’ll need by 2050, but having money put aside to try out new, innovative approaches will be great.

“The other thing that the new strategy recognises is that we won’t fix this with flood-retrofit schemes. We will get through this by building every new piece of infrastructure in this country to [a 2050] timeframe, with climate change in mind.

“And so the redevelopment of Birmingham city centre includes drainage systems that will cope with climate change to 2080 and beyond. If we get these things right, we’ll need to invest less in retrofits further ahead.”

That approach is recognised more widely now. The Environment Agency aims to understand developers’ vision for a place, offering advice on how to make place-based development as resilient as possible to climate change.

“Adaptive pathways are already being put in place, with projects such as Future Fens, Thames Estuary 2100 and along the Humber,” Curtin says. “There is space within these long-term plans for course corrections every five to ten years. If you build planning into an adaptive approach, you can deliver a long-term vision.”

"If we freeze development in the floodplain, we can’t grow our towns, cities and coastal areas… It’s about designing and managing these areas with flooding in mind"

That longer-term approach contains its own tensions, of course. Most of us engage with flooding and coastal erosion only when we, our local businesses and communities have to deal with the aftermath. Place-based strategies demand a mosaic of approaches, Curtin says – and successful delivery requires partners with solid community roots; local authorities, landowners and drainage authorities.

But all partners must do more to engage with local people and businesses, he concedes. Agency data shows the average floodie installs preventive measures only after their third flood. Meanwhile, rising sea levels will bring difficult decisions about which communities to save and which to surrender to the sea –managed realignment, in agency parlance.

“These won’t be binary choices,” Curtin says. “We need generational change, to move on from what I call the myth of protection. The east coast has always eroded. Perhaps the myth dates back to the flood surge of 1953, when 307 people died, and to the way the state responded to that.

“If this year’s Covid-19 crisis teaches us anything, it’s that government can’t always protect us from natural disasters. We all have a role to play – and it will be interesting to see how society adjusts once we all come to realise that. Which also means all of us preparing for what is to come, rather than reacting to what just happened.”

That puts more onus on communities to defend themselves from future floods, from listening to the science to taking responsibility.

“If you get the strategy right, you will also develop your economy in a resilient way,” Curtin says. “We can’t say, don’t build on a flood plain; we don’t have enough greenfield sites. Most development is regenerating urban areas that were built on flood-risk areas.

“There are 5.2 million properties at risk of flooding in England – that’s one in every six. Among developed nations, only Japan and the Netherlands have more baked-in flood risk. But if we get the development right, we’ll also grow the economy. If we freeze development in the floodplain, we can’t grow our towns, cities and coastal areas… It’s about designing and managing these areas with flooding in mind.”

“We have five more investment cycles to go between now and 2050. We’ll be testing new approaches and innovating throughout. Building higher could simply increase the risks to people and communities living behind them. So part of the solution is to recognise that our coastlines are changing – because that’s always been the case.”

After five years listening, working out what we need to do, Curtin plans to spend the next five delivering on his goals. And the Fukushima bamboo stake stays in his drawer.

“I’ll pass it on to whoever takes over from me,” he concludes. 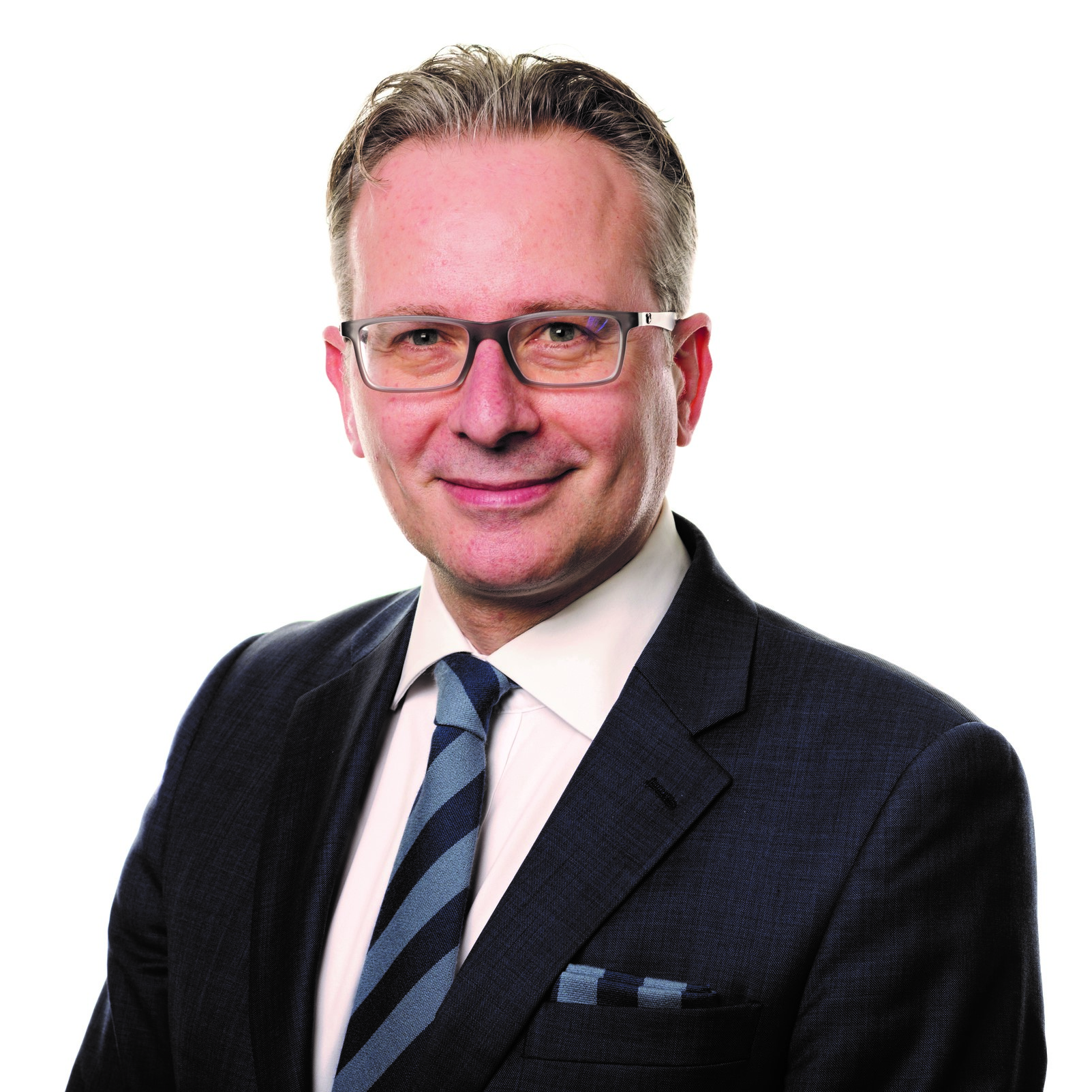 John Curtin joined the Environment Agency (EA) when it was formed in 1996 and has worked in a variety of strategic and operational roles. His previous roles in the EA include Director of Incident Management and Resilience Area Manager (East Midlands), Regional Flood Executive (Midlands) and Head of Water Resources Regulation.

CIWEM and WaterBear present The Environmental Photographer of the Year 2021

CIWEM, WaterBear, and Nikon have launched the search for The Environmental Photographer of the Year 2021. Now in its 14th year, this annual competition showcases the most inspirational environmental photography from around the world. The award celebrates humanity’s ability to survive and innovate and showcases thought-provoking images that call attention to our impact and inspire us to live sustainably.