Pressure on governments and investors to divest from fossil fuels is one of the year’s biggest climate stories – and the movement is gathering momentum, at home and abroad. Karen Thomas reports

Divestment from fossil fuels is a climate story of our times. As of June, 1,326 institutions worldwide had pledged to divest nearly US$14.6 trillion from oil, gas and coal, gofossilfree.org reports. That includes 58,000 individual pledges worth some US$5.2 billion.

Six years ago, the then Bank of England governor Mark Carney warned investors in fossil fuels that they faced saddling themselves with stranded assets. He went on to launch the Taskforce on Climate-related Financial Disclosure (TCFD), developing frameworks for better climate-related disclosure to help investors and other stakeholders to cut through the greenwash to judge climate risk.

“The pandemic has presented such an existential crisis – such a stark reminder of our frailty – that it has driven us to confront the global threat of climate change more forcefully and to consider how, like the pandemic, it will alter our lives,” Fink wrote.

Some governments are following suit. In December, Denmark ended new licences to explore for oil and gas in the North Sea and set a 2050 deadline to stop extracting fossil fuels. “We are putting a final end to the fossil era,” climate minister Dan Jorgensen declared.

Denmark is the European Union’s largest producer of oil and gas. Analysts say it is pulling US$2.1 billion out of fossil fuels.

And in May, Spain agreed a 2050 deadline to halt new exploration for oil and gas. Spain has banned fracking, halted new concessions to explore or produce fossil fuels and will end existing concessions in 2042.

France is to phase out fossil fuels by 2040 and is issuing no new exploration permits. Ireland has also banned new oil and gas exploration.

But divestment so far covers barely the tip of a large, dirty iceberg.

Fossil fuel is a US$129 trillion industry, supported every year by more than US$5 trillion worth of government subsidies. And many states own shares – often the dominant share – in fossil-fuel firms, particularly states in the global south.

To meet our Paris Agreement targets, global production of coal, oil and gas must fall by an average 6 per cent a year to 2030, says the United Nations Environment Programme’s (UNEP) 2020 Production Gap Report.

But we are doing just the opposite, on course to increase fossil-fuel production by 120 per cent by 2030. If we don’t change direction, the world is set to warm +3˚C-5˚C by year 2100, the World Meteorological Organization warns.

As host of this autumn’s COP26 climate summit, the UK government wants to show climate leadership. But the UK is also missing its targets.

In June, the Committee on Climate Change (CCC) warned that with only electricity on target to decarbonise, the UK risks missing its 2025, 2030 and 2035 climate targets. Government policies are cutting only a fifth of the emissions they should.

The UK lacks credible policies to deliver four-fifths of the emissions cuts it needs to slash emissions by 78 per cent by 2035, warned CCC boss Chris Stark. And the government is running late with strategies to decarbonise transport, heat and buildings or hydrogen. So far, there’s no net-zero strategy and no Treasury net-zero review. 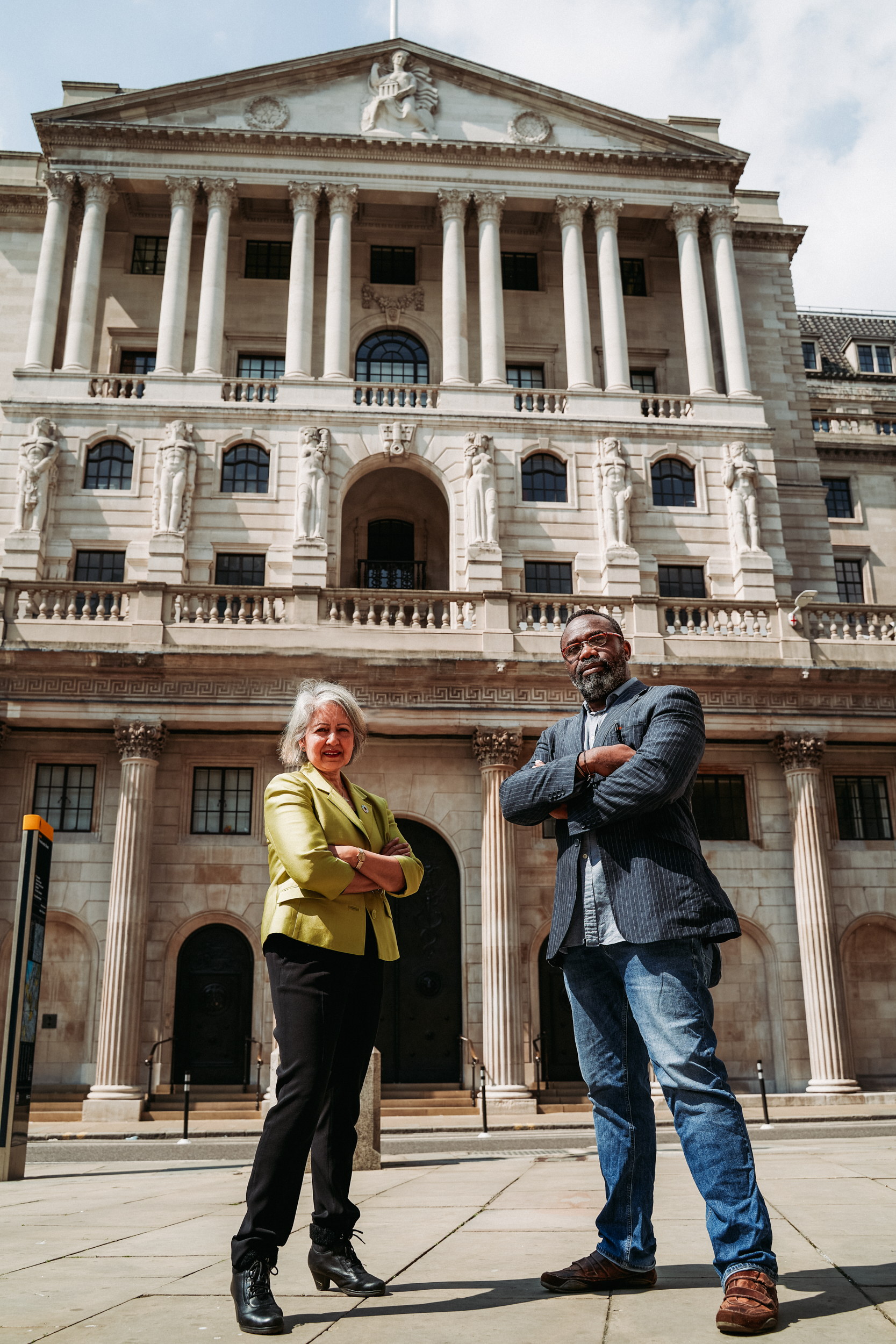 Turning off the taps

That gap between promises and practice has prompted life peer Baroness Sheehan to table the Petroleum (Amendment) Bill. This seeks to halt investment in fossil-fuel exploration and fracking and to align UK policy against climate targets.

The 2015 Infrastructure Act requires the UK Oil and Gas Authority to maximise petroleum revenues, even though the 2008 Climate Change Act pledges to reach net-zero carbon by 2050.

“The UK’s official policy is to maximise economic recovery of oil and gas in the North Sea,” Sheehan tells The Environment. “Our policy is to extract every last drop – despite the announcement this year, with great fanfare, of a North Sea Transition Deal.

“We are still to invest billions and trillions into our oil and gas infrastructure. We are pouring petrol onto the flames.”

Having overseen both immigration and international development for the Liberal Democrats in the House of Lords, Sheehan grappled with UK aid and investment policies that are pulling in opposite directions.

“Ninety-nine per cent of UK export-finance investment in energy overseas is going into fossil fuels – into new fossil-fuel infrastructure, a lot of it into countries where we are fighting the impacts of climate change,” Sheehan says. “This seems such an injustice – it’s an outrage.”

Tabled in 2019 and resubmitted this year, the bill aims to stop licensing fossil-fuel firms and to align UK energy funding to reach the 2050 net-zero deadline, pulling out of coal, oil and gas. “We must recognise that we need to act now – because decisions we make now will feed right through to 2050,” Sheehan says.

When Sheehan presented her bill, she says “the house fell silent”. Two years on, attitudes have shifted inside and outside Westminster, she says, from Mark Carney’s stranded-asset warnings to President Biden returning the US to the Paris Agreement. In June, BEIS announced that the UK will end coal-fired power generation by 2024.

The UK government is long on “warm words”, short on deeds, Sheehan says. “Unless we pin Boris Johnson down at COP26 with new legislation to make unbreakable promises, we cannot trust him to do what he says he will do.

“Everyone talks about how you and I need to change our behaviour. What we need is change at government and regulatory level. We need cross-departmental co-operation. We need good housekeeping, to align our policy indicators with our net-zero targets.

“We don’t have this now, if we decide to allow a new coalmine in Cumbria, if our North Sea oil and gas policy is out of kilter with our Paris Agreement pledges and with the UN’s sustainable development goals. That is crazy.”

Signatories want a fossil-fuel non-proliferation treaty (FFNPT) – an international deal to monitor and measure government progress in switching to renewables and to hold them to account. In June, regional government the Australian Capital Territory became the highest authority so far to endorse FFNPT.

The Paris Agreement doesn’t account for fossil-fuel supply emissions and does not require governments to report their reserves and production levels, present or planned. In February, the FFNPT Initiative chose Mark Campanale-led Carbon Tracker Initiative and San Francisco NGO Global Energy Monitor to develop a Global Registry of Fossil Fuels.

This will be the world’s first open, comprehensive database of global fossil-fuels, in the ground and in production. Due to launch before COP26, the registry will gather accurate data on global production and reserves.

Having this open-access database will make it easier to scrutinise how governments and investors measure up against their emissions targets. It will take that level of public scrutiny to enforce a global nonproliferation deal.

“This ambitious project is long overdue,” says Global Energy Monitor founder Ted Nace. “Ensuring our children have a liveable future means we can’t keep treating fossil-fuel reserves like hidden cards in a poker game. Controlling any problem is most effectively done at source; climate change is no exception.”

Campaign group the COP26 Action Plan (COP26CAP) is urging the UK to back fossil-fuel non-proliferation.

“FFNPT would allow countries to volunteer to keep fossil fuels in the ground,” says spokesman Chidi Obihara. “Countries that support it would sign up explicitly to a deal to use their existing reserves only for peaceful, non-accumulating purposes.

“The amount of carbon dioxide in the atmosphere keeps going up, COP after COP. We want a specific, measurable, accurate and time-related goal; something to judge everyone by.”

Sheehan thinks momentum could build for FFNPT – if a national delegation agreed to table it at COP26.

“It has to be a global treaty,” she says. “Countries like Venezuela are not going to give up their oil until they know how they will meet their energy needs and feed their own people. Something like that could be a great outcome for COP26.

“We cannot carry on emitting as we are, without a care. I don’t think that realisation has dawned yet. I do think it will dawn this year.”

Things need to change at home and globally, Obihara concludes. “People are right to question the fact that the policymakers keep talking – but what are they achieving. The zeitgeist is behind Baroness Sheehan’s bill.

“How can we have the Oil and Gas Authority urge government to ‘maximise’ value from unexplored oil and gas blocks in the North Sea yet plan to comply with the Paris Agreement?

“We can’t square that circle. We must stop financing new fossil-fuel projects this year – we need to draw a line, recognise that the bathtub is overflowing and turn off the taps.”

Divestment from fossil fuels to date; US$14.58 trillion, of which:

Read more articles from The Environment

If you are working towards Chartership, then you’re in very good company. Read our top tips from an professional registration interviewer to help you get prepared for your PRI.

CIWEM talks COP26: Matthieu Guesné, founder and chief executive​ Lhyfe ​answers our common question: ​what do you most want COP26 to deliver?​

OUT NOW: THE ENVIRONMENT, OCTOBER ISSUE

Our Youth Takeover is packed with inspiring voices from the next generation of climate change activists and influencers.