Jamaica Environment Trust founder Diana McCaulay is a former journalist, a campaigner and a novelist. She has just published Daylight Come, a searing climate-future novel, set on a Caribbean island in 2084 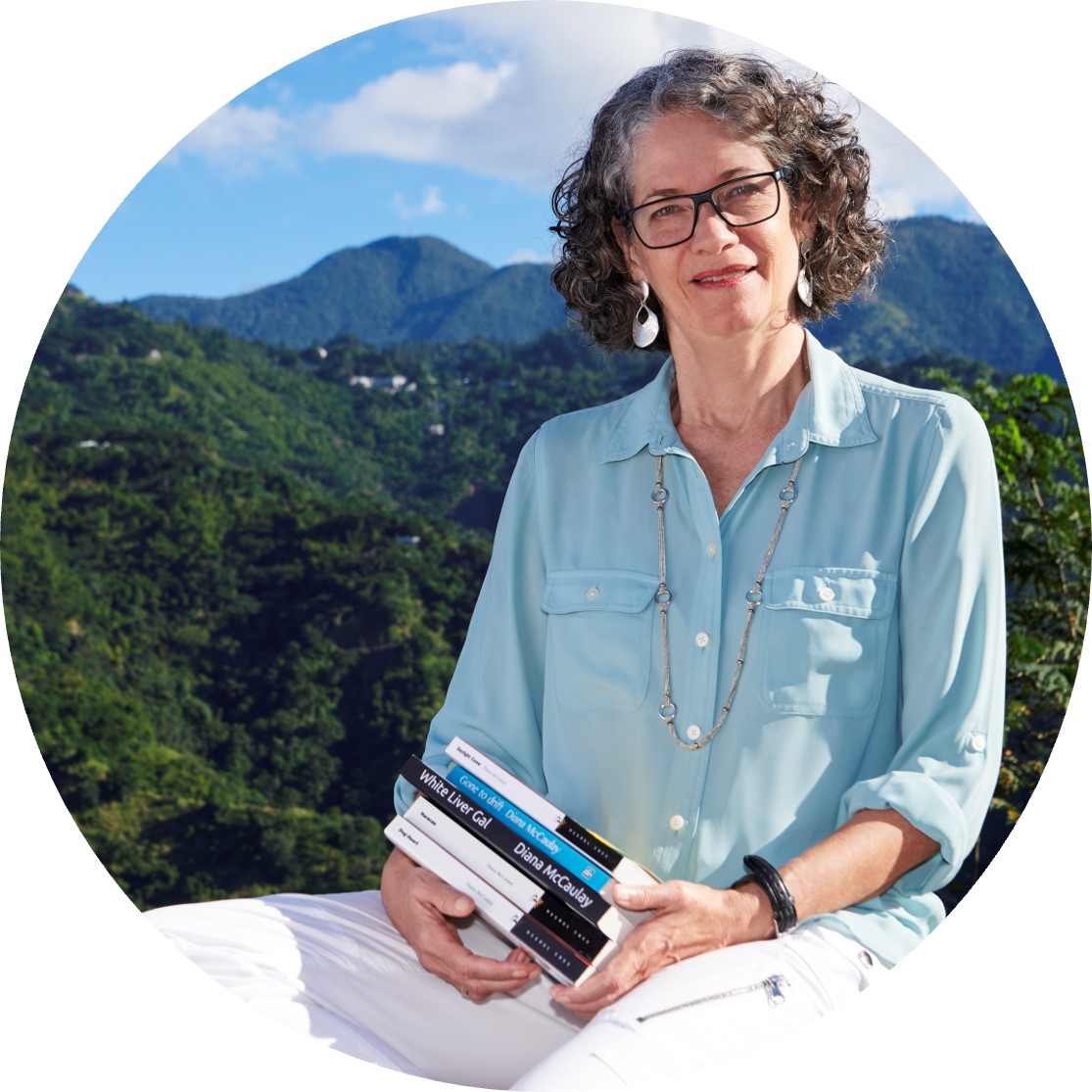 Tell us about yourself and your novel

Daylight Come is set in 2084, when, due to the climate crisis, it has become too hot to go outside during the day; people have to sleep in the day and work at night. My protagonist, Sorrel, is a 14-year-old girl who can’t sleep in the day. She convinces her mother to escape to the mountains where they might find a more normal way of living.

I’m a born-yah Jamaican, my family on the island at least seven generations, and was fortunate to have a privileged childhood spent outdoors, especially on the sea. I wanted to write very young, but for most of my life wrote in secret.

I spent my early working life in the private sector, until I left to become a full-time environmental activist in 1991. I’ve written five novels since 2010.

I saw a newspaper story about heat stress for construction workers in the Middle East; workers falling from scaffolding due to the heat. I started to think about what would happen if people couldn’t work outside any more.

Then I paid close attention to how many people work outdoors in Jamaica and began to imagine a climate novel on a tropical island where this was no longer possible. Being a lifelong insomniac, I also thought this might affect people’s ability to sleep.

How heavily did your novel draw on climate research, on the extreme heat, storms and rising seas that scientists predict for island states like those in the Caribbean?

Mostly, I’d say. Due to my environmental activism, I was familiar with the research and wanted to be guided by it. But I also wanted to give my imagination free rein and above all, tell a good story. I knew I couldn’t be too preachy. So some of the events in Daylight Come are not very likely – people burning up in the streets – but many are already happening.

You founded Jamaica Environment Trust in the early 1990s; what were the most pressing problems then, and how successfully have these been addressed?

Do you mean environmental problems? I resist this question, because it asks me to rank degradation of coral reefs, say, with deforestation and conclude one was worse than the other. I find that difficult.

More broadly, countries like Jamaica are affected by low environmental awareness, not only among citizens but at leadership level. Other underlying problems are poverty, historical and worsening inequality, and weak regulatory and legal frameworks. These problems threaten all natural resources.

It’s difficult to assess success – certainly protection of the environment is on the national agenda in Jamaica, when it wasn’t back in 1991. But if you look at the environmental indicators – at the health of forests or reefs or air quality, for example – either there is not enough data and we simply don’t know, or they are still poor.

What small changes have you made, to be more sustainable and to protect the environment?

Me personally? In the early part of my journey, I felt this was of paramount importance, so I became a vegetarian – not vegan, though. I bought a small car – but had a private car. I shopped for clothes in thrift stores, avoided plastic – but never completely – and was careful about energy and water use. I still flew, though; my son lives in London, so one of us has to fly if we are to see each other.

But more recently, I have come to feel the emphasis on personal lifestyle is a deflection. Environmental problems arise out of complex geopolitical, economic and historical issues, and unless these are tackled, my personal sacrifices mean nothing.

I still try and use resources mindfully to tamp down my own cognitive dissonance, but I understand the limitations of personal actions.

Scaling up, what do businesses and politicians need to do to prevent the climate impacts that your novel sets out in your fictional 2084?

That we no longer have sacrifice zones – those places where people who are considered disposable in some way are forced to live.

That countries that, for historical and racial reasons, have benefited from the economic arrangements of the past give up some of their privilege to fund improving social and economic conditions in countries that have not caused the climate crisis, but are now suffering because of it.

What are you working on next?

Another novel about an old woman in rural Jamaica whose life has spanned the 20th century. The stones used to construct her house were salvaged from a plantation great house and they begin to speak to her. I also recently completed a memoir of sorts on my own environmental journey, but it hasn’t yet found an agent or publisher.

The name-change recommendation for the UK's Areas of Outstanding Natural Beauty (AONBs) featured in Julian Glover's Landscape Review of 2019.

The insight comes as part of the Green shoots: A sustainable chemistry curriculum for a sustainable planet report from The Royal Society of Chemistry (RSC).

Out this week: The Environment, February 2022

The February 2022 issue of The Environment celebrates diverse, Global-Majority voices across the water and environmental sector.