Pontypridd, after the flood 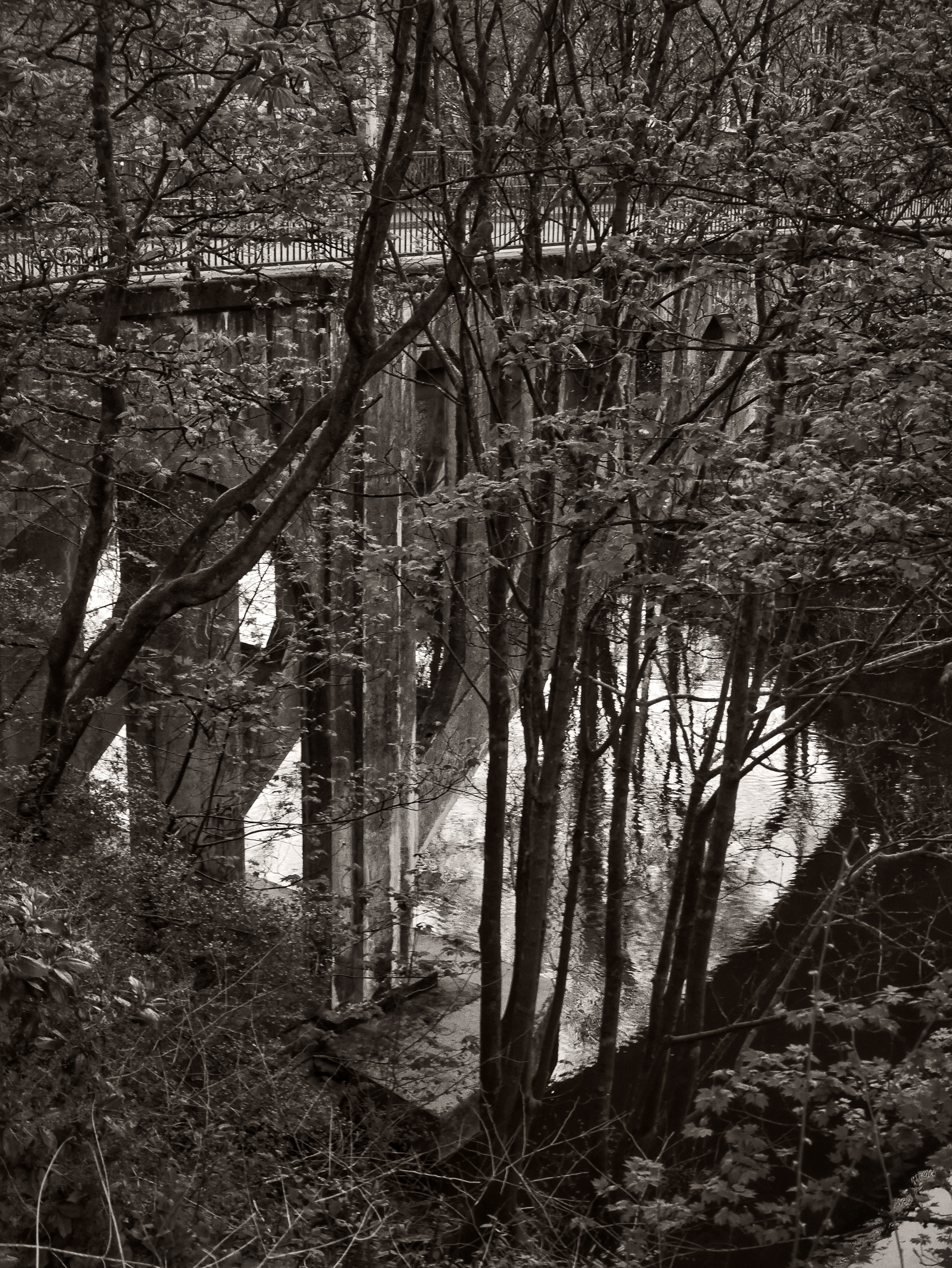 “It’s been dreadful since the floods – people have gone from one crisis to the next,” the Plaid Cymru councillor says. “We have people stuck at home, confined upstairs – no lounge, no kitchen. We have people without hot water. People who still have jobs are trying to work from home, with children sent on holiday early. Others worry about their jobs, or are on furlough. It’s a nightmare.”

Neighbouring Rhondda MP Chris Bryant costs the damage even higher. “Across the three RCT constituencies, the council puts damage to its own bridges, buildings and roads at £44 million,” he says. “On top of that, there’s around £250 million in damage to private residences and businesses. About 235 residential properties flooded in my constituency. Around half were uninsured.”

Twelve miles north of Cardiff, Pontypridd stands at the confluence of the rivers Rhondda and Taff. Cardiff Bay Barrage, built in 1999, helps to regulate the Taff. Pontypridd’s last major flood was in 1979.

The wettest February on record – and the fifth wettest month of all time – followed the UK’s fifth wettest winter. When Storm Dennis struck, over St Valentine’s weekend, the Taff rose 80cm higher than all previous records. Early on Sunday morning, the river burst, flooding Pontypridd.

“In parts of Pontypridd, flow rates reached 900 cu m a second,” Parr says. “One cu m is a tonne of water; the weight of a car. That’s a combined impact of something like 900 small cars – enough water to fill one Olympic swimming pool in three seconds.”

“The water came down the valley like a wave,” Pontypridd businessman Nigel John recalls. “It happened so fast, with no warning. It hit between 0300-0400 hrs; by 0900 the water had pretty much gone.”

But the storms hit different parts of RCT in different ways.

In Bryant’s constituency, Pentre flooded twice in five days. The MP attributes this, in part, to tree felling by NRW above the town. Heavy rain washed tree debris, known as brash, down the hillsides, creating impromptu dams and blocking or bursting culverts downstream.

“The council removed 60 tonnes of material from the culvert, washed at force down the mountain, mostly branches and tree trunks,” Bryans says. “[Piles of brash] washed down towards people’s houses, causing even more culverts to burst. NRW must fell better. It must take away the brash and make sure the water courses are adequate.”

And the Coal Authority has ordered emergency inspections of South Wales’ coal tips after heavy rain caused a landslide near Tylorstown. This revived memories of the 1966 Aberfan disaster that killed 116 schoolchildren. “When the land becomes saturated, old slag heaps don’t hold together,” Bryant says.

After the storms abated, NRW launched an internal review to determine why the damage was so extensive, aiming to conclude by June. The Welsh government launched its own review to calculate the final storm-damage costs across Wales, to appeal to central government for funding.

The Covid-19 crisis has delayed both.

That leaves many in the valleys frustrated. “The Taff has never risen that high before and there are many theories about why,” says John. “Were the culverts blocked? Were sluices altered at the reservoir near Merthyr? Yes, it could be a catalogue of coincidences; but people want answers.”

But while agencies and the media focus on Covid-19, many South Wales flood survivors feel trapped as lockdown slowed or halted work to rebuild homes and businesses.

“Initially, it was all hands on deck,” Davies-Jones says. “People worked overtime to get things back up and running. But then came the lockdown and different agencies, rightly, have had to redeploy staff to cope.

“We’re still trying to piece together all the money and grants that have been promised, to process hundreds of cases. Social distancing and people working from home have made flood recovery a logistical nightmare.”

Of the hundreds of struggling families in her ward, Fychan is “very concerned” about 25. She is helping them to chase up promised pay-outs. Many took out high-interest pay-day loans to cover flood repairs. The less you can repay, the heavier your debt becomes.

“What’s shocking is how many were costed out of buying insurance – or whose insurance turned out not to cover flood damage,” Fychan says. “We’ve had disputes over whether this is storm damage or flood damage; Storm Dennis didn’t just bring flooding.

“Universal Credit has forced so many families into difficult choices; pay the bills, or buy expensive cover that would have offered some comfort now. One lady paid for insurance for ten years but decided in November that there was no point renewing because the costs are now so astronomical. Three months later, this happens.”

Insurers have few fans in the Rhondda, post-flood.

John’s family firm The Market Quarter owns 47 Pontypridd retail units, of which 16 flooded. Half the independent retailers had no insurance.

“The uninsured units turned things around faster than the insured ones,” John says. “This was a regional disaster, with flooding across the Midlands and Yorkshire. There are only so many loss adjusters. In some cases, it took 14 days for the loss adjuster to show up.

“Some insurers sanction use of photographs but some insist on physical inspection before the clean-up can start, which slowed things dramatically. Some of our smaller uninsured businesses started the clear-out within an hour of the flood. We got on it straight away.”

Davies-Jones agrees. “Pontypridd is known for its small, independent stores,” she says. “Many were ruined. People lost everything and their insurers refused to let them reopen immediately, insisting that fittings must be ripped out and replaced, whether or not they were contaminated.”

Defra announced a national flood-insurance review as this magazine went to press, to be published in September.

John wants several things to change, to better manage future floods. Flood warnings are too generic, he says; homes and businesses need specific warnings that they are about to flood. And instead of itemising damage, insurers must inject cash quickly, and stop overstating and overcharging, he says.

Business owners must redesign their way to resilience, to “avoid insurance becoming completely unaffordable”, replacing laminate and carpets with tiles and concrete, and moving meters and electrics to ceiling height.

Before entering parliament, Davies-Jones worked for Welsh Water. She demands a wide-ranging review to cover planning, Wales’ water-management strategy, culvert maintenance and the resilience of infrastructure to climate change.

“We need to look at maintenance, at whether cutting and cutting local authority budgets has pushed culvert maintenance down the list of priorities,” she says. “We need our flood defences and our infrastructure to be more fit for purpose.

“We need to look at whether pumping systems can cope, at how we manage run-off, at planting trees rather than felling them for timber. We need more homes fitted with water butts. And we need to look at social housing in areas like Rhydfelin, and ask whether these need to be condemned. Whether we should rehouse these families somewhere safer.”

Every flood, every storm offers valuable lessons. The NRW, Welsh government and Defra reports will help Wales to learn from this winter’s three storms, shaping how the country adapts to climate change.

“We must recognise that every one of our flood-alleviation schemes helped, if by a hair’s breadth,” Griffiths says. “In some places we were incredibly lucky. We need to review what was good and not so good. We can then draw up business plans for future schemes. The Welsh government will fund that process.”

But Fychan demands urgency. “We need to look at our infrastructure and our flood defences; some defences seem to have failed,” she says. “We need to understand; was it not the right upkeep or that the defences could not cope?

“Climate change was definitely a factor. We know we face more frequent, severe storms; we must review our flood defences to reflect this. Unless we future-proof our homes and businesses, it will be impossible to get insurance. We must invest in long-term defences.”

Bryant calls for work to tackle “the speed with which water comes off the mountains”, a review of local culverts and gullies and more investment.

“We need more money,” he says. “RCT council’s annual capital allocation is £13 million. It has no chance to cover £44 million [worth of storm damage]. There’s a real danger this could wipe RCT out, financially.”

Parr says there is never one solution. “Add in climate change and the increased likelihood of this happening and it becomes difficult to work out, for these kinds of difficult catchments, what the best solution is likely to be,” he says.

“So it will have to be a combination of things; holding back the water, making more space for water. It could mean moving streets or communities. It’s also about building defences, but building upstream can push water further downstream. We will consider all these things.”

Lockdown has put all of that on hold.

“This is the frustration,” Fychan says. “People haven’t had these conversations – not with NRW, not with the council, not with the Welsh government – to understand what went on and what we need to put in place for the future.

“People were starting the recovery phase, not looking to the future. The danger now is they get forgotten. That lessons won’t be learned. It struck me, even during the floods, that austerity had affected our ability to respond, due to cuts to frontline services.”

With local government over stretched, local people rallied round. A plea by RCT recycling firm Too Good to Waste to refit flood-hit families increased donations of furniture and white goods by 25 per cent, says chief executive Shaun England.

“Ordinary people put in a fiver here, a twenty there,” Davies-Jones says. “But coronavirus has delayed getting the money to where it is needed.”

It’s yet another reason so many feel left in limbo.

“The news has moved on,” Valleys Aid promoter Emyr Afan concludes. “But I can’t help thinking how people are coping; in some cases with no home to go to, or with their business ruined. And now Covid-19 on top.”

The Chartered Institution of Water and Environmental Management (CIWEM) is pleased to announce a new partnership with the Construction Industry Research and Information Association (CIRIA).

Flood and Coast 2020 is going digital

Flood and Coast event update: Flood and Coast 2020 will be launched as a series of four digital sessions linked to the themes of the conference, running from October 2020 through to April 2021. A digital ceremony for the Flood & Coast Excellence Awards 2020 will be held in December.