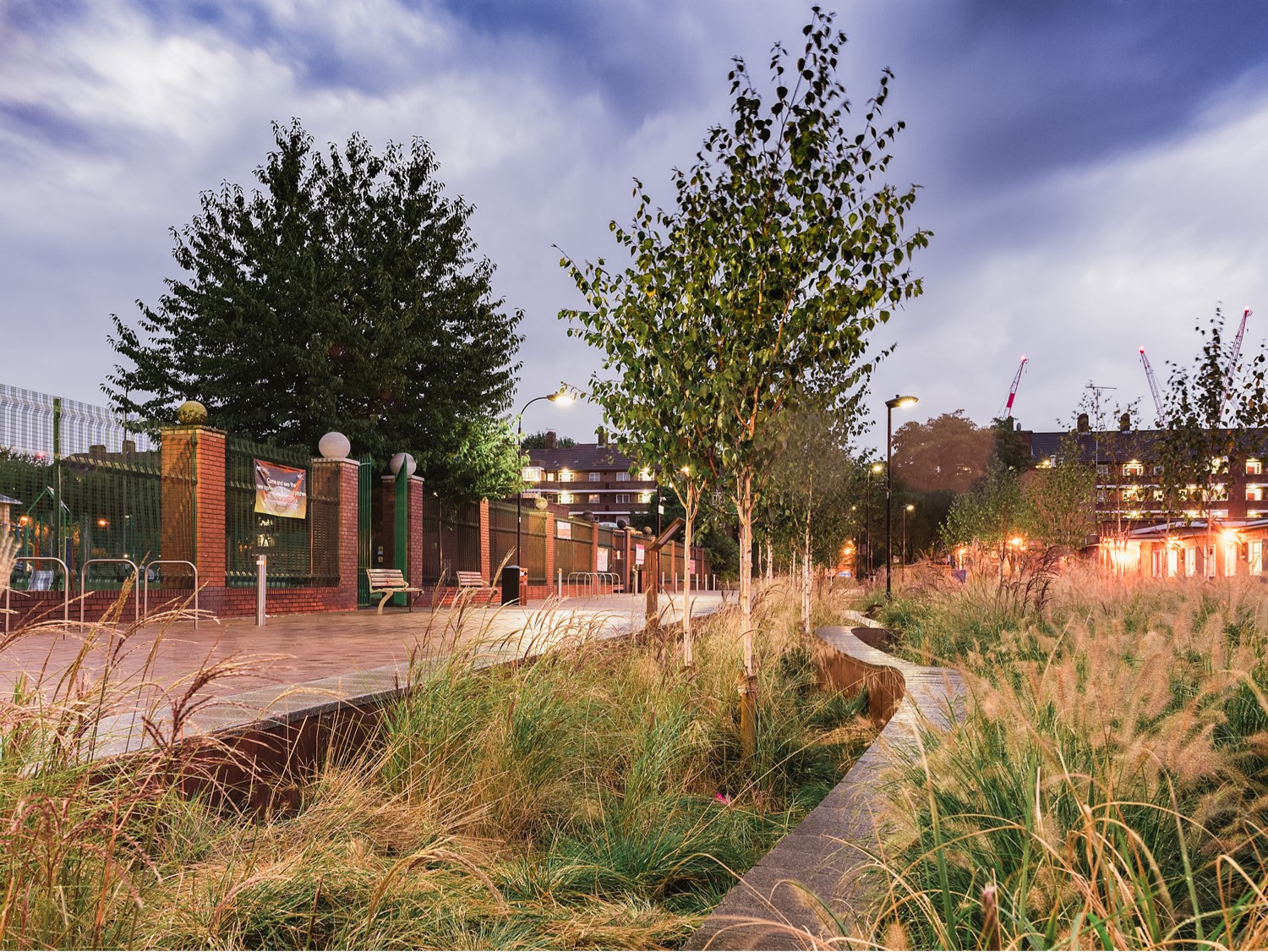 Climate change will bring ever more extreme weather, putting even more pressure on the UK’s ageing sewer network. Come 2030, could greener solutions help our ageing sewage networks to take the strain – and how do we get there? The Environment asked Susdrain 2020 SuDS champion George Warren

A decade from now, green infrastructure will be commonplace, trees capturing rainwater in the canopy, surface water directed away from the sewers and into green infrastructure that leads into purpose-built ponds and wetlands that screen pollutants from our water courses.

More efficient practices to segregate clean and dirty water will make it easier and less controversial to recycle rainwater for non-potable purposes. And better planning will put walking and cycling ahead of the needs of private cars.

This is the future that George Warren is working towards. In July, Susdrain named Warren its SuDS champion for 2020. He is the first to admit we have some way to go to attain that 2030 vision.

"We need to stop being purists. It’s about celebrating the small wins and capitalising on the opportunities. Anything that captures and uses water better is a win – it all adds up to taking surface water out of our sewers”

Water quality is rising up the political agenda, Warren believes. We have failed to meet our European Union Water Framework Directive targets to the point that no UK river is safe to swim in. But if lockdown has taught more of us to value our local waterbodies and the wildlife these support, it also strengthens the case for the SuDS community to demonstrate how greener infrastructure can tackle this too, Warren believes.

The scale of the problem is frightening. Water companies have been criticised all summer for dumping raw sewage into rivers through combined sewer overflows. But we have less obvious sources of pollution. A recent project to model road run-off pollution from outer London’s roads revealed contaminant levels far above the safe threshold for downstream water quality – on every single road.

“It’s frightening when you see the level of contaminants coming off these roads every time it rains,” Warren says. “We need to start considering how we treat this water rather than just thinking about how to manage the volume."

“The issue is that there isn’t an obvious route to fund these works other than a polluter-pays principle and that would mean every road user. The politicians hold the purse strings – and for politicians, people are more important than fish."

“The alternative is to look at how we address water quality of this runoff at the same time as managing the flows from a flood-risk perspective; often, these can be addressed together through the use of SuDS.”

The only positive that may come from Brexit is the chance to look afresh at water quality, to set targets and priorities specific to the UK’s needs, he says.

“It’s embarrassing that as a country we have buried our heads in the sand regarding our failings to adhere to WFD. We now have the opportunity to address it. I would like to think that people in power are starting to see the value of our natural environment, in which our waterways play a vital role."

“We need to keep badgering them, keep reminding them that SuDS can play a role in tackling diffuse pollution,helping UK water companies to stop dumping sewage in our rivers in the first place by preventing or slowing the rainwater reaching the sewers that are often the cause of these overflows.”

Drainage and Wastewater Management Plans (DWMPs) offer part of the solution, helping stakeholders to pin down where problems exist and why. Modelling and planning then identifies solutions that Warren hopes include SuDS.

“I am looking forward to seeing DWMPs include recommendations for wide-scale SuDS delivery to help issues with network capacity,” he says. “We know they aren’t the silver bullet but they should form a key part of many of the water companies’ plans, given the wide variety of other benefits they deliver to local communities."

“It’s disappointing that this tranche of plans isn’t including the surface-water networks but I am hopeful that future iterations will, so that we look at the entire drainage network."

“We have a real opportunity to address this, with the amendments to the non-statutory technical standards that could add water-quality standards for the first time. That could be a real driver for SuDS.”

"Physical projects and modelling rolled out across six London boroughs have helped to quantify the flood risk and natural-capital benefits of small, dispersed SuDS projects to unlock funding"

London has some of the UK’s most stringent surface-water rules. But developers have met these with traditional, engineered solutions, fitting basements with attenuation tanks. Tanks manage flood risk, but still release rainwater into the sewers, albeit more slowly.

The more attenuation tanks we have, the greater the risk of secondary flooding. Yet London is one of the world’s most water-stressed cities – and what these tanks don’t do is store water for reuse. We need smarter attenuation in the first place, Warren argues.

“We have the kit to do this – and it’s something London is starting to look at,” he says. “We need this to happen more widely than on a case-by-case basis. And that means catchment-based retrofit programmes to these existing attenuation tanks."

“We need to start to consider the wider benefits we might deliver from something that, to date, offers only flood-risk benefits. It’s something we’ll need to see by 2030, to tackle regional water shortages.”

Warren urges Ofwat to give water companies more leeway to explore these innovations. “New development, even in a combined sewer area, has to separate out its surface water and foul water, but then ends up delivering these into the same pipe,” he points out.

“Why are we OK with that but not OK looking at a secondary pipe system on the supply side? We just assume there will be financial barriers – and maybe it’ll take a stick, not a carrot, for that to change.”

But things are starting to change. Last decade, most of London Surface Water Management Plans concluded that small-scale retrofit SuDS were the only really viable solution to surface-water flood risk, due to spatial constraints.

But these rarely attracted flood-defence grant-in-aid or local levy funding – and so few were able to deliver them. Which is where the London Strategic SuDS Pilot Study comes in. It started three years ago, with a proposal to the Regional Flood and Coastal Committee (RFCC) to find ways to deliver these much-needed microprojects.

Physical projects and modelling rolled out across six London boroughs have helped to quantify both the flood risk and the natural capital benefits of these small dispersed SuDS to help unlock funding.

The outputs have then been taken on by the flagship council, Enfield, which is working with utility companies to map and overlay planned repairs and new infrastructure works against the identified strategic locations for SuDS, to find ways to incorporate them within their reinstatements.

“Suddenly everything starts to make sense. You can combine SuDS with other planned projects to capitalise on opportunities, but knowing which location is most beneficial from a flood-risk perspective is going to be the key to unlocking that much-needed funding to influence these opportunities.

“These are projects that incorporate SuDS. No one should propose ‘a SuDS project’. There’s no funding or appetite for that. It’s undercover SuDS, if you will.

“I hate the expression ‘shovel-ready’, but funding often pops up with a very short timeframe. Prepare your shopping list early, to capitalise on things like HIF or the Green New Deal for London, that offers new funding to support a green recovery.”

Having set out the vision, and outlined the challenges, then, how optimistic or pessimistic is Warren about the future of SuDS?

“I think there’s huge momentum,” he concludes. “The last five years have brought real growth in interest in SuDS from housing and from highways departments. One proposed piece of work is to map London’s SuDS, to build up a fuller picture of what has been achieved and to then see where the gaps are.

“People are starting to see the benefits of SuDS. It’s great to see organisations like CIWEM supporting SuDS projects. We need to celebrate great SuDS, but we also may need to stop being quite such purists. It’s about celebrating the small wins and capitalising on the opportunities.

“Anything that captures and uses water better is a win – because it all adds up to taking surface water out of our sewers.” 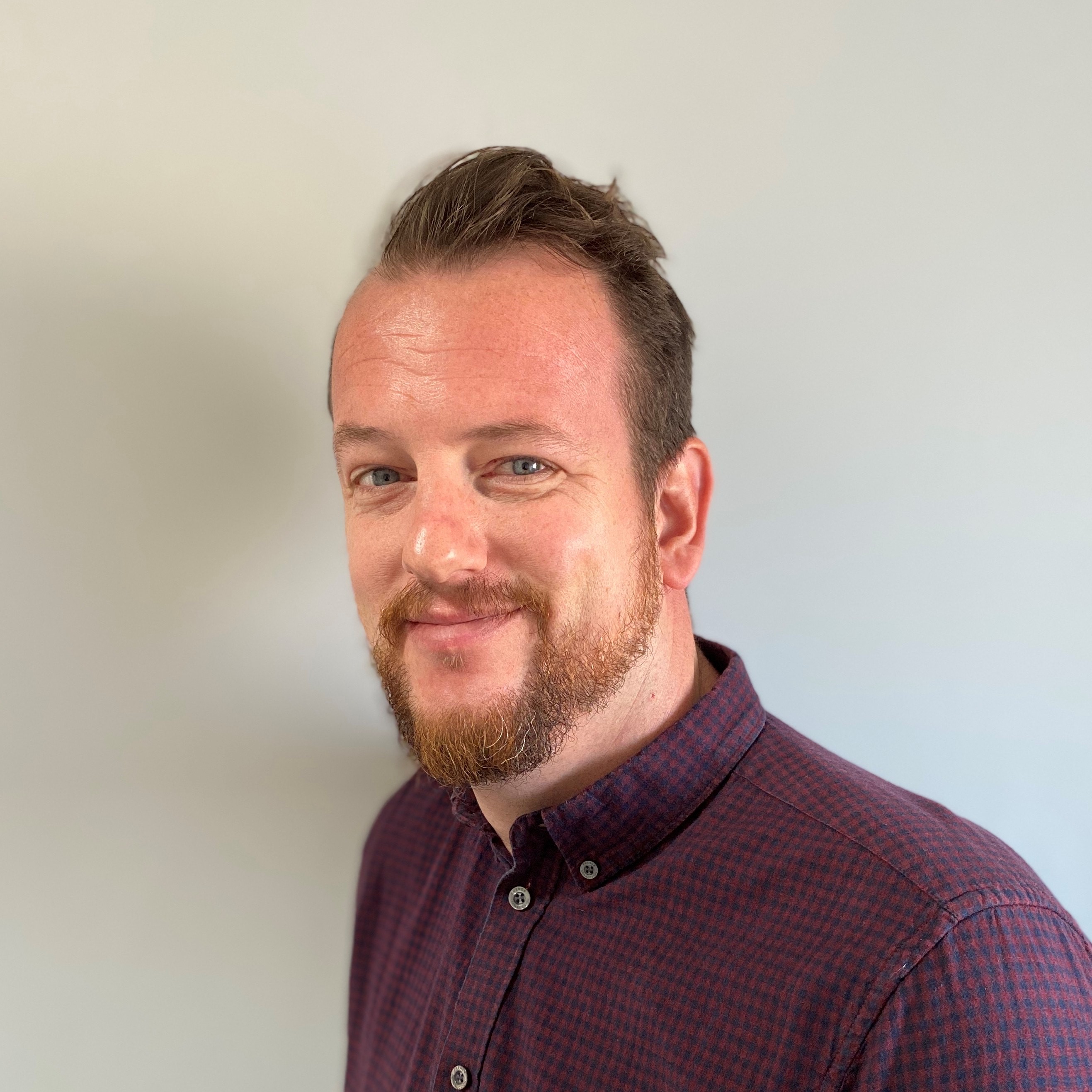