Thinking in dollars values dead trees over living ones

Youssef Nassef leads United Nations climate-adaptation policy. Our responses are falling far short of what we need – because our system is broken, he tells Karen Thomas 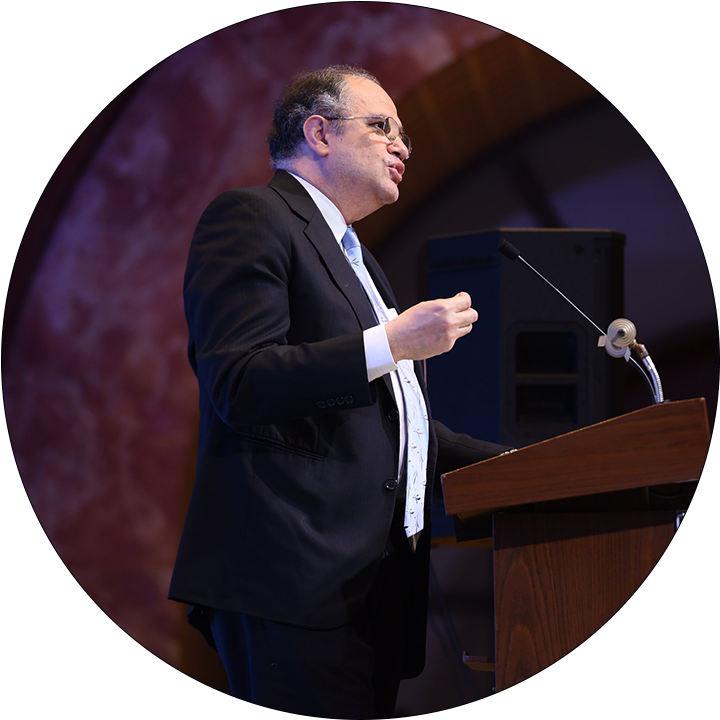 Away from the negotiating tables at COP26 last year, a small gathering met to reimagine a sustainable, climate-ready world. It included Indigenous activist Hindou Ibrahim, a youth campaigner, a documentary filmmaker, a futurist and US sci-fi writer Kim Stanley Robinson.

Resilience Lab’s premise is that two centuries of industrial capitalism have thrown the planet into disarray. Business as usual is fast-tracking us to disaster. Zoonotic diseases, pollution and soil erosion – all result from our broken system. We must move further, faster to avoid catastrophe.

It brought together “the unusual suspects”, Yousef Nassef recalls. The unusual suspects want parties to the Paris Agreement and all of us to reimagine our world, to harness the mindset, practices and technologies to deliver a greener, more sustainable future.

It’s a project Nassef champions. The career diplomat turned UNFCCC adaptation director is hardly an unusual suspect, reporting direct to UN climate boss Patricia Espinosa. But he is losing patience with the pace of climate talks. What we need, he tells The Environment, is to transform how we act and think.

The Resilience Lab is Nassef’s happy place. “It’s a bright light,” he explains from Bonn, over an evening Zoom call that ends a long, busy day. “The conversations are so different from routine negotiations and fighting over words and commas.”

It’s less predicting the future than redesigning it, working with tech start-ups and experts from neurobiology and marketing and data analytics. “That’s gratifying and very exciting.”

Youth activist Greta Thunberg urged business leaders to act on climate change, “as if the house is on fire”. There are three reasons why most of us don’t, Nassef says.

All are barriers to long-term planning and funding future protections. “Which goes against the whole notion of intergenerational equity and climate justice,” Nassef says.

Profit and GDP are false measures of progress, Nassef says. What matters is “real wellbeing”, he says – for people and for nature. “Someone calculated that, for the sums spent to upgrade iPhone 3 to iPhone 4, we could eliminate world poverty,” he says. “We need to change the mindset that promotes individuals, that glorifies zero-sum games…

“We must stop transforming everything into dollars. Even when we talk about nature, we talk about ecosystem services. Even our lingo converts nature into a productive asset. Our markets value dead trees over living ones.

“If we don’t transform massively in the next ten years, we could face extinction. Our existence is at stake, yet we operate within the same parameters. Do we need a business case to save humanity? Is what really matters; will it make someone rich?”

The disconnect is now glaringly obvious. Introducing this year’s two IPCC reports on climate adaptation and mitigation, UN secretary-general Antonio Guterres dropped the diplomacy, talking of “an atlas of human suffering”, of “a damning indictment of failed global leadership on climate”.

Yet still, governments and businesses push new oil and gas projects, build bigger roads and lay waste to rainforests. If they won’t change – and we can’t change – what then?

Change must come from below, Nassef says. “We have the tools. What we need is the will to transform our behaviours and our minds. It starts by appreciating that we will not exist without nature’s support system.

“I read somewhere that each person needs at least eight trees to produce the oxygen to survive. Yes, trees are beautiful. They make our furniture and supply our food. But must recognise the symbiotic relationships between humanity and nature, to move from an extractive to a regenerative relationship… I don’t know which is more difficult; to invent new things to reach that state, or to invent new ways of thinking.”

One positive Nassef took from Glasgow was how it started to discuss loss and damage – compensation from big emitters to climate-vulnerable communities of the Global South.

This was “taboo” at previous COPs, he says. “A problem with words like adaptation and resiliencies is that they imply retaining the status quo. When what we need is forward resilience – we cannot reconstruct in ways that made us this vulnerable to begin with.

“We need to reconstruct a different paradigm – for the future state in which we want to emerge. That’s not been fully understood. Loss and damage needs to invest in rehabilitation and reconstruction to move people out of vulnerable spaces, to create permanent, sustaining solutions.

“The Glasgow Dialogue is a two-year effort to figure out how to optimise and operationalise that financial support. We’re moving in the right direction.”

Nassef nods. The road to change is littered with false friends, he agrees. “Some solutions that help us to live more easily with our problems are not solutions at all. Building homeless shelters don’t tackle homelessness – it hides the problem from our sight.”

We won’t tackle emissions by grabbing more land from Indigenous groups or from rainforests to plant monocultures to offset our long-haul holidays, he says. Part of it is thinking smarter about what we have.

“The bright light is the shift coming in the next decade; artificial intelligence, the internet of things, distributed ledgers, big data, satellites, biotechnology – and how these synergise. Imagine having 100 acres, and planting polycultures, with machines that can distinguish these.”

The IPCC reports highlight how the COP process is struggling to accelerate change. That takes leadership – whether individual or from blocs like the G7, Nassef says.

“The Paris Agreement set its timelines. We revisit the pledges every five years; are we doing enough? If we aren’t, five years later the window to act has gone. That’s the mismatch. If you put a frog in water and gradually bring it to a boil, the frog doesn’t jump out. Our cognitive biases prevent us from seeing the whole story. It’s like asking a cat to bark.”

And yet the UN adaptation boss is optimistic. History throws up small events that trigger chain reactions to transform our world, he says. Some – the shooting of an Austrian archduke – are negative. Others – Rosa Parks sitting down on the bus, how Philadelphia reshaped attitudes to people with HIV Aids – are positive.

“Imagine we’re talking in 1978,” he concludes. “The big computer companies are IBM, NCR, Fujitsu. The little ones are Sinclair, Apple, Tandy, and Commodore. Who knew Apple would outgrow IBM? That would have seemed crazy.

“We don’t know which activities or projects will be catalysts to bridge the transformational divide – that we can nourish or replicate or scale-up. But imagine what one person – or 100, or 1,000 – can achieve, and not through traditional routes.

“We need new methodologies to identify these blue swans that are neither predictable nor planned, that will unlock change.”