Working from the ground up - climate adaptation and nature

The Wildlife Trusts aims to lead by example, unveiling its medium-term plan to manage nature to adapt to and protect people and places from climate change. Former Climate-Change Committee adaptation director Kathryn Brown is leading that drive. Karen Thomas caught up with her 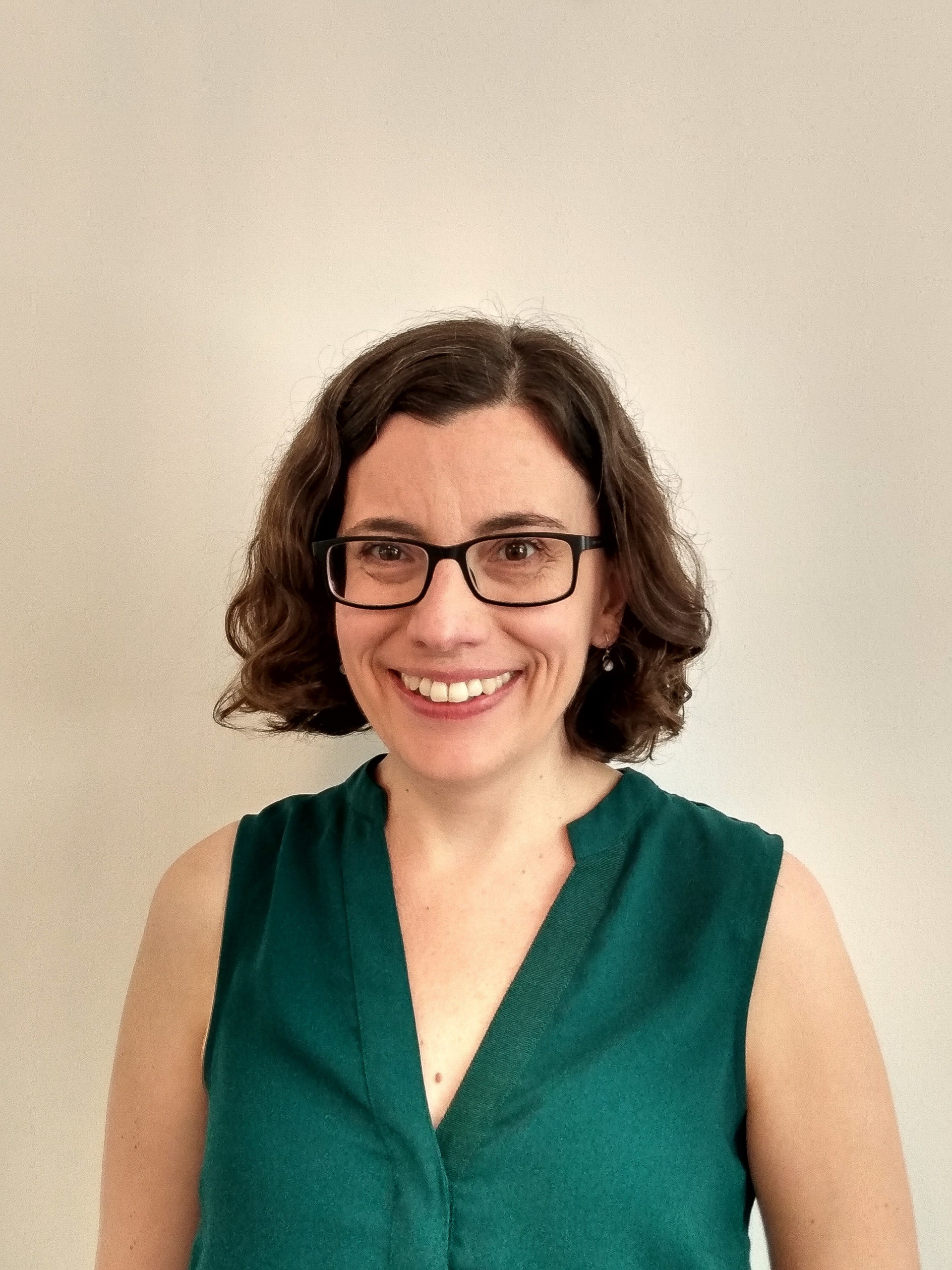 Climate negotiators, diplomats and media have been gearing up for the COP27 climate talks in Sharm El Sheikh, Egypt this November. But as critical as these talks will be, says The Wildlife Trusts director of climate action Kathryn Brown, October’s COP15 biodiversity summit in Montreal mattered just as much.

The comment sums up Brown’s new dual role. The trusts created a new role for her, making her director of climate action, after she joined as interim director ahead of COP26 last summer, on loan from the Climate-Change Committee.

The new, permanent role she took on in January acknowledges the ties that bind our climate and nature emergencies. Before that Brown was CCC head of adaptation, as one of the UK’s leading experts advising government on how to manage the challenges ahead. She joined the CCC from Defra, working on climate talks, adaptation evidence and carbon budgets.

“What I enjoy, moving across, is to see adaptation happening on the ground,” Brown tells The Environment. “Having come from government, moving into delivery has been fantastic. Even though policy is not where we want it to be, I can see different trusts doing things for good, that are useful and that boost our resilience.

“It hits home why it matters to support these actions – and particularly local adaptation actions. Local adaptation was never unimportant to me; it’s even more important now.”

Brown sets out her agenda in The Wildlife Trusts Changing Nature report on climate adaptation. Published in June, it’s the first time the UK conservation charity has assessed climate risk across its 46 trusts, setting out what needs to happen locally to adapt to climate change. The report measures and plans local responses to the global crises we face.

Brown wanted to set a baseline for the trusts against the UK’s national risk assessment to help the federation to understand the risks from climate change – how less predictable, more extreme weather may affect species, communities and habitats, now and in future.

The UK is already swinging between extremes; storms and floods in February giving way to a dry spring and summer, regional authorities declaring drought as far north as Yorkshire.

Risks from extreme heat, drought and wildfires dominate Changing Nature. “Traditionally, those three have had less attention than flooding from modellers and organisations,” Brown says. “This has felt like the first year that fire has risen up the agenda. What struck me this summer is how closely the events we’re seeing match up to modelling our present-day risk.”

“That could still be correct,” Brown says. “But I’d love to know whether they’re reviewing that analysis. Because it doesn’t feel like a 1/300-400-year event. I know that’s unscientific, but it’s also about perceptions.”

“When we look at it on that scale, adaptation really does become a local issue,” Brown says. “We need local solutions. Even though the national assessment is useful for making policy, coming up with local solutions really does need that local lens.”

One thing that strikes Brown, having moved from climate to nature, is the lack of data. We need much better information about effects on plants, animals and habitats from the floods, droughts and heatwaves happening now.

Trusts members report what they see. But there is not yet enough data to support eyewitness reports that climate change left badgers and garden birds struggling though this summer’s drought. “We don’t have data systems as sophisticated as those that cover infrastructure and the built environment,” Brown says.

“And we absolutely should have these for the natural environment too. It makes me more – not less – worried about impacts on the natural environment. We don’t have enough real-time monitoring. So we can’t understand the total effects on biodiversity of, say, this summer’s heatwaves. Charities don’t have resources for that kind of analysis – we need help from big business to bring in real-time monitoring.”

Some data exists. In 2009, Defra launched the national ecosystem assessment, looking at the UK’s natural environment to measure its socio-economic benefits. The data-gathering exercise supports the 25-year Environment Plan. It pledged to monitor changes over time.

“What we really need is a consistent set of data that everybody measures,” Brown says. “It doesn’t even matter if the dataset isn’t perfect. It’s consistency that’s the problem. We have amazing data-record centres across the country that measure biodiversity. But if they’re measuring slightly different things we can’t use the data.

“The Joint Nature Conservation Committee (JNCC) is looking at how to bring together a more consistent approach to monitoring. I’ve told them we are crying out to know what ten wildlife metrics we need to be measuring that we aren’t already.

“It’s about wildlife more than water and soil – although [the data for] that isn’t fantastic. But these physical aspects of our natural environment are covered better than the biological aspects. I worry that we don’t really have a grip, when it comes to living things, at all.”

That lack of data helps to explain how scientists have struggled to understand this year’s avian flu epidemic. Scientists have tracked how large-scale deaths have swept across the UK and Europe, mapping where the disease has wiped out seabird colonies. It is not clear why avian flu spread so fast this year, how climate-change has shaped that trend.

Too often, our problems come down to capacity. Government must rebuild local adaptation, Brown says. The UK has lost its regional adaptation partnerships and the UK Climate Impacts Programme. “These provided tools and guidance and were very involved in UK climate projections – that’s all been stripped away, closed, shut down. As charities we are very stretched – we can’t buy in consultancy to advises us on local adaptation.”

Government must take more seriously its responsibilities to nature, Brown says. The U-turn on banning bee-killing neonicotinoids is one example. Another is poor UK-wide river-water quality as sewage, runoff and agricultural waste pours into our rivers.

Boris Johnson’s government promised to maintain European Union protections for nature and the environment after Brexit. Things seem unlikely to improve under Liz Truss. “We have not seen that promise come through,” Brown says. “We are keeping a close eye on it.”

COP15 aimed to tackle the global biodiversity crisis, agreeing new goals for nature for the coming decade. The Convention on Biodiversity post-2020 framework process sets out actions for people, businesses and governments to transform our relationships with wildlife and nature by 2050.

Green finance aims to bridge the funding gap. It seeks to price nature, to value its benefits and create the business case to protect landscapes and species. But there is growing unease about how some nature-based investments are doing more harm than good.

Tree planting to offset emissions sounds benign. Local trusts are seeing local people – including conservation groups – priced out of land purchases. Bad offset projects create new monocultures and even worsen flood risk. But the UK faces a £40 billion-£97 billion funding gap for 2022-2032. That’s how much the Green Finance Institute calculates the UK needs to spend to help nature to recover.

“We know what we need to do,” Brown says. “If we can crack how to finance nature recovery, we can unlock huge amounts of action to benefit nature, climate-change adaptation and mitigation work.”

Investing for nature’s own sake would be wonderful, she says. But investors want to see returns. Money for nature recovery comes mostly from ESG funds and corporate offset schemes. The Taskforce for Nature-Related Disclosures aims to do for nature-based investment and carbon markets what the Mark Carney-led TFCD seeks to do with global money markets.

“High-net-worth individuals giving us low-interest loans only gets us so far – as valuable as that is,” Brown says. “To unlock the big funds, we need returns on investment. Government needs to send the right market signals. We aren’t there yet for nature or for climate-change adaptation.

“It’s a challenging environment to get right. Greenwashing becomes all too easy in an unregulated environment… If you’re investing in carbon but not thinking about biodiversity, or social benefits or adaptation, you get perverse outcomes.

“You get monocultures on landscapes that already face fire risk. You increase risks from pests and diseases. You risk delivering no benefits to biodiversity. We don’t have enough land in the UK to do that. We have to use our land for multiple benefits.”

A PhD student from University of Cambridge zoology department is studying how these artificial sheltered and unsheltered banks create micro habitats and climates for butterflies. It’s the first study on how butterfly bank designs mitigate the impacts of climate change.

Yorkshire Wildlife Trust leads the Yorkshire Peat Partnership, working to restore and conserve the region’s uplands, as habitat, to absorb carbon and protect communities from flood risk. The partnership has restored more than 100 sq miles of peatland in the Yorkshire Dales, Nidderdale AONB, North York Moors national park and the south Pennines.

Yorkshire has 70,000 ha of upland peat soil, with 4.35 m of drainage channels cut through it. The project has restored nearly a quarter of Yorkshire’s damaged peatlands, preventing 29,500 tonnes of carbon-dioxide emissions.

Warwickshire Wildlife Trust landed £254,000 from the National Lottery Heritage Fund to restore the River Sherbourne and reconnect it with Coventry, the current UK city of culture. Sherbourne Valley Project is restoring the river for wildlife and reconnecting it with local people. The plan includes rebending the river to create new wetlands and slow the flow to manage flood risk to Coventry.