What Magic Magid did next... 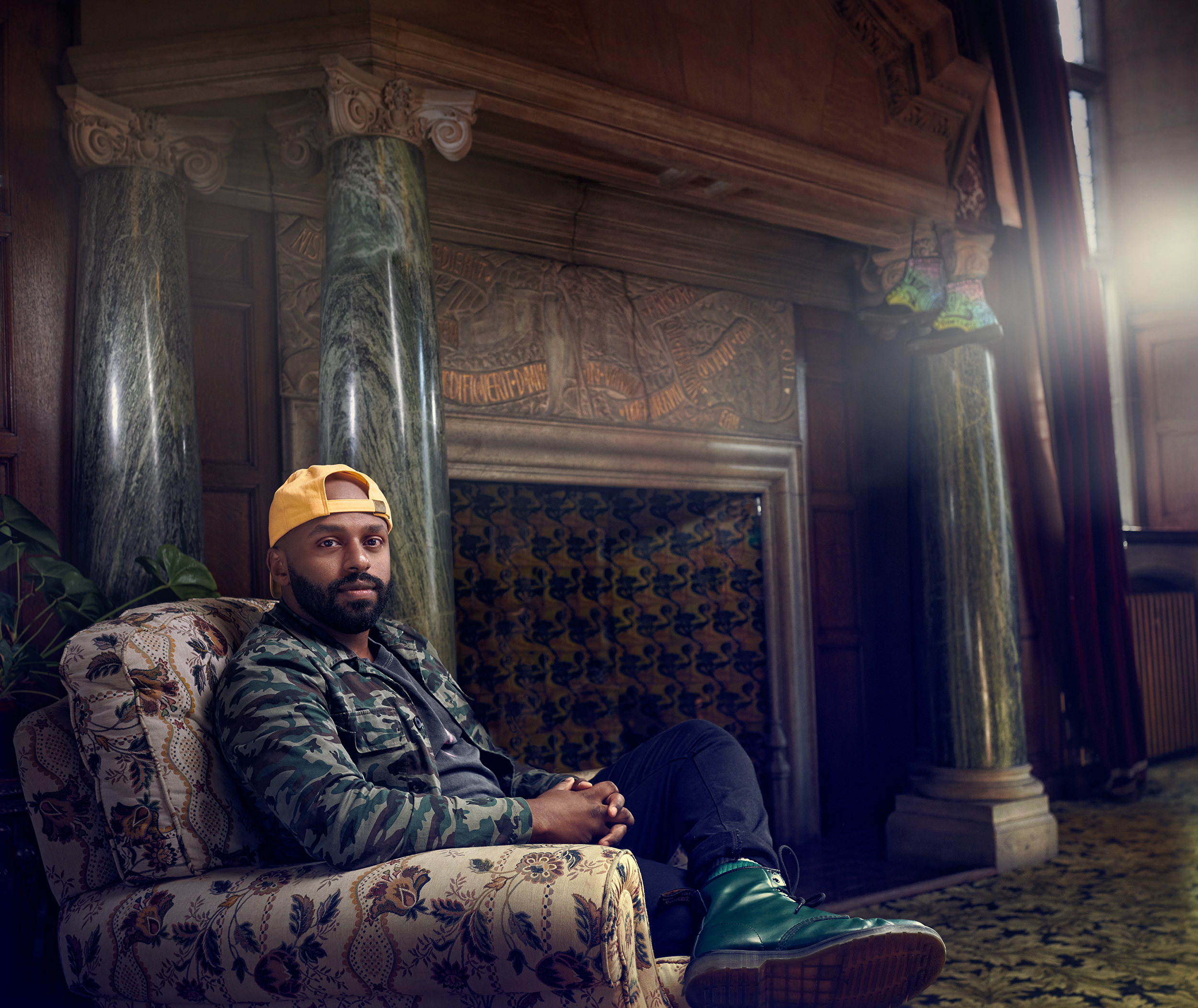 By the time you read this, Magid Magid will have started a new adventure that takes him 140 miles south of his native Yorkshire to a new life in the Big Smoke.

Magid – “it rhymes with Magic” – is moving to London to join his PhD-student partner, who lives south of the Thames. The move marks a new chapter in Magid’s professional life, too, uprooting him from Yorkshire politics to focus on global climate justice.

On Twitter and in the tabloids, Magid is Magic Magid, scourge of UKIP and Donald Trump. He’s the Green Party councillor whose peers nominated him lord mayor of Sheffield in 2018. Lord mayors are symbolic, but symbols matter. Magid, then 28, was Sheffield’s first Green Party – and youngest ever – lord mayor.

Magid hit world headlines that summer when he called Donald Trump “a wasteman” and barred the US president from visiting Yorkshire’s second city. Lord mayors have no power to ban politicians. And the US president had no plans to visit Sheffield. But Magid loves a provocation.

In 2019, he stepped down as lord mayor, riding a surge of support for the Greens in a city once a Labour stronghold, to get elected to the European Parliament. He lost his job as MEP in January 2020 with Brexit.

As the world went into lockdown in March 2021, Magid published The Art of Disruption: a manifesto for real change. It tackles the legacies of more than a decade of austerity – how these have reshaped the UK, leaving it a poorer, angrier place.

The book presents ten how-tos; ten commandments that range from Tell your ma you love her to Do epic sh*t. “I got a lot of stick about the chapter, Never kiss a Tory,” Magid recalls. “But I wanted to write a guide to being courageous and community-minded – about ways to disrupt the power structures without getting embroiled in work/life or political struggles.”

Making of a manifesto

A proud Yorkshireman, Magid was born in Somalia into a family of herders. He was five when his mother brought him to England, fleeing from civil war. It's a heritage that shapes his politics.

Somali traders and seafarers settled in Britain’s ports from the 19th century. After the Second World War, the UK recruited Somalis to fill labour shortages in the steel industry. Many settled in Sheffield. When Magid’s mother fled the war in the 1990s, via a refugee camp in Ethiopia, she brought her six children to join the extended family in Burngreave.

After school, Magid moved to Hull to study aquatic zoology, got active in student politics and became president of the students union. He was never party-political; he grew up in Labour heartlands but felt his loyalties community-first.

An online questionnaire about party politics pointed him towards the Greens. “I come from a working-class part of Sheffield; you’re born into political loyalties the way you’re born to support the local football team,” he says. “But when I came back from university, what mattered was to make my small part of the world – my community – a better place.

“The first campaign I joined was to save the local library. It felt like the Greens were the only party with a red line against austerity. And the idea that we have one planet and need to live within our means – that resonated with me.”

The other comes from family ties. His relatives in Somalia farm livestock. Like other countries in east Africa, Somalia is struggling to survive the worst drought in 40 years. Six million Somalis risk famine. Three million livestock have died this last year.

When his mother speaks to family members, Magid hears how hard climate change has hit his relatives. “It becomes so clear that the people who contribute least to carbon emissions are being impacted the most,” he says. “It’s that injustice that drives me.”

Collins Dictionary chose permacrisis as the word that summed up 2022. It sums up the waves of horror – climate disasters, pandemics, political and economic breakdown, war in Ukraine – that continue to reshape our world.

How do we navigate all of that to deliver justice? That, Magid says, is what he’s working on next. When Brexit halted his career in Brussels, he launched Union of Justice (UoJ).

Backed by the European Cultural Foundation, the Oak Foundation and Open Society Foundations, UoJ bills itself as “a European, independent, people of colour-led organisation, dedicated to racial justice and climate justice”.

UoJ’s slogan – “nothing about us without us” – has central European roots. It is building a network of minoritised people across Europe, training, mentoring and building capacity to shape democratic change. It will focus on youth, helping young activists bring change to their own communities and internationally.

“It’s about giving people the skills and tools to bring about change in their own communities and networks,” Magid says. “And we’re working with elected representatives across Europe, looking at the impacts of domestic policy on marginalised communities. We have started research into current and historical harms on people of colour in ten countries in western Europe.

“We’re looking at the impacts of extractivism and exploitation that each of these ten countries’ policies has inflicted on the Global South. There is absolutely no research on this. From that, we’ll launch a campaign for climate reparations – that calls for cancellation of debts… It’s about getting people to acknowledge and understand their responsibilities.”

The world must break these ancient ties – built on extraction and exploitation – to help the least polluting countries to build a greener, more sustainable future, Magid says. Cancelling debt will free the Global South to invest in renewables.

Which is also how The Art of Disruption works, he concludes; creating a new politics, built on kindness and gratitude. “We can’t do these things by ourselves,” he says. “What I’d like to get across is how important it is to give back to others. God gave us two hands; one to climb with, the other to lift other people with us.

“It’s all about what we give back.”